For 85 years they have been satisfying our cravings for sweets and KC Confectionary intends to continue for years to come.  KC Confectionary Limited began in 1922 as a cottage industry and has diversified and expanded today to a fast paced, people-driven company that is foremost in technology and innovation.

In 1926, KC was operated by Abdur Razack Khan until his death in 1936 when Ibrahim Khan took over the company.  The family-run company located on Southern Main Road, Couva developed into a factory in 1957 and became fully automated by the early 1990s.  In 1976 the quality and volume of candy had increased significantly and they became a key player in the candy industry in the Caribbean region.

Ashmeer Mohammed (pictured), director of KC told Sunday Newsday that the company has been successful for so long because of their innovative ideas.  “From time to time we install and upgrade equipment, we recently introduced state-of-the-art hard candy equipment that produces ten tonnes of candy automatically in eight hours,” he said.

KC is famous for their dinner mints, chocolate-centred mints and lollipops. In 1990 the company expanded and added Ball Bubble Gum processing to its range.  Mohammed revealed that they are the only company in the Caribbean that produces all three types of candy – hard candy, bubble gum and toffees and chews.

He shared that the reason for their success in the foreign markets is the way they approach their flavours and colours.  “When you taste a Caribbean fruit and you taste the similar fruit in a temperate country it is not going to taste the same. As people become more widely travelled, they want unusual and different products,” he said.  One of the things that they spend a lot of time and effort with is their flavours.  “We do blending a lot. Flavours are sourced from all around the world, we do not use flavours from any one place,” he said.

A team of persons in the Research and Development Department headed by the CEO are the ones responsible for coming up with new ideas for their products.  “They meet once a month, they look at different concepts, they also visit a fair amount of exhibitions and fairs around the world,” he said.  Mohammed explained they try to launch at least two products every year with their most recent being their sugar-free range.

“Candy has a wide following from a little child to adult, and we found that a lot of people in the Caribbean and Trinidad suffer from diabetes. Sugar-free is not only for diabetics though, it is also for people who want to control their sugar intake,” he said.   One of the top selling products is their ginger mint because of its natural benefits.  “People use it for different things like upset stomach, nausea and other health related things, and it really has been doing well,” he said.

Mohammed admitted they were also the first company to put love words on their products.   “If you know anything about candy, nobody had ever done that and that innovative concept has been copied by a lot of companies,” he said.

Mohammed said another important aspect of the company is that they protect their intellectual property.   “KC is registered in China, Canada, US, a lot of our products are registered there,” he said.

KC is also a company very concerned about the environment as they have changed the way their ingredients are shipped.   “Liquid glucose and sugar are the two main ingredients in producing candy and we usually get our glucose in big plastic drums but we now bring them in Flexi bags rather having 60 to 68 drums that have to be disposed of after,” he said.  “Two things are being achieved here, we are not using much plastic drums and we are cutting the costs of raw materials with that kind of technology,” he added. 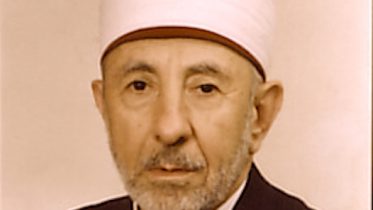 Shaykh Sa`id Ramadan al-Bouti is a well-respected modern-day scholar and author who is most popularly known for his esteemed work Fiqh us-Seerah.  In my time…