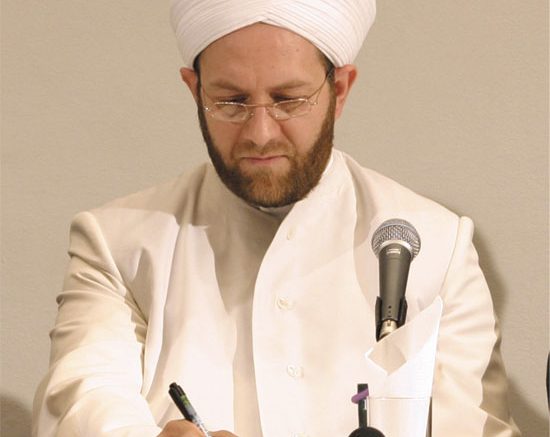 Shaykh Muhammad bin Yahya Al-Ninowy  (a descendent of the Prophet Muhammad [ﷺ]) through his grandson Hussein ibn Ali by way of Musa al-Kadhim will visit Guyana and Trinidad.  The Central Islamic Organnization of Guyana (CIOG) hosts Al-Ninowy from 20th September to 22nd September; while Trinidad’s Ahlus Sunnah wal Jamaah Institute hosts him from September 23rd to September 25th.  The theme of the tour is “The Light of Beauty: In the footsteps of Allah’s Messsenger (s)”. The Shaykh’s tour is co-ordinated by Al-Ghazali Institute of Toronto, Canada.   Shaykh Ninowy is an outspoken proponent for peace and against violence, hatred and bigotry.

Shaykh Muhammad began his study under his father, As-Sayyed Yahya ibn Muhammad, memorising the Qur’an and acquiring knowledge in Islamic sciences, including Aqidah (Islamic theology), Fiqh (Islamic jurispudence), Hadith (Prophetic tradition) and Ihsan (perfection and excellence), with ijazahs (certificate to teach). He particularly specialises in the fields of Hadith and Tawheed. Al-Ninowy has authored many books in the sciences of Tawheed and Hadith in Arabic, some of which have now been introduced into the English language. Dr. Ninowy was a professor of Anatomy and Physiology at the University of Georgia. 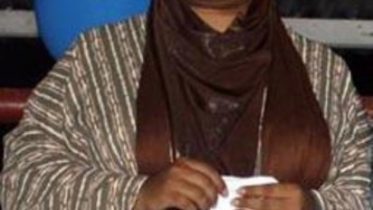 May 27th 2013:Razia Joemman has won top honours from a group of sixteen participants for the recitation of the Holy Quran the correct way.  Her…