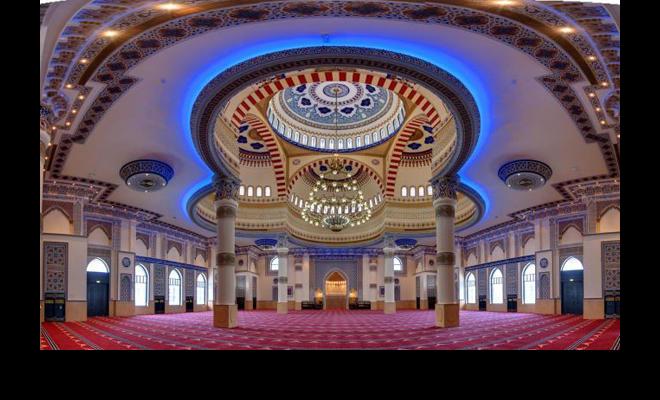 WHILE on deathbed, Sayyidna Omar ibn Al-Khattab (mercy be upon him) dictated a long will consisting of instructions for the next caliph. Here is the last sentence of that historic document: “I instruct you on behalf of the people who have been given protection in the name of Allah and His Prophet (peace be upon him) i.e. non-Muslim minorities (dhimmis) within the Islamic state. Our covenant to them must be fulfilled, we must fight to protect them, and they must not be burdened beyond their capabilities.”

Sayyidna Omar was lying in pain because of the wounds inflicted on him by a non-Muslim who had stabbed him with a dagger soaked in poison while he was leading the fajr prayer. It should also be remembered that he was the head of a vast empire, ranging from Egypt to Persia. From normal rulers of his time or ours, we could have expected vengeance and swift reaction. In contrast the enlightened rulers today would rain bombs and missiles on mere suspicion of murder conspiracy in similar situation. From a very forgiving head of state we could have expected an attempt to forget and forgive, and that would be considered noble. But a command to protect the minorities and take care of them?

What is even more remarkable is that for Muslim historians the entire affair was just natural. After all it was the caliph himself who had established the standards by writing the guarantees for the protection of life, property and religion in decree after decree as Muslims opened land after land during his rule. The pattern established here was followed for centuries throughout the Muslim world.

Of course, Sayyidna Omar was simply following what he learnt from the Prophet Muhammad ﷺ himself. That the protection of life, property and religious freedom of minorities is the religious duty of the Islamic state. That he personally would be demanding justice in the hereafter on behalf of a dhimmi who had been wronged by a Muslim. That there is no compulsion in religion and that Muslims must be just to friends and foe alike.

The result of these teachings was a Muslim rule that set the gold standard for religious tolerance in a world that was not used to the idea. Not only that the Muslim history is so remarkably free of the inquisitions, persecutions, witch hunts, and holocausts that tarnish history of other civilizations, it protected its minorities from persecution by others as well. It protected Jews from Christians and Eastern Christians from Roman Catholics. In Spain under the Umayyads and in Baghdad under the Abbasid Khalifahs, Christians and Jews enjoyed a freedom of religion that they did not allow each other or anyone else.

This exemplary tolerance is built into Islamic teachings. The entire message of Islam is that this life is a test and we have the option of choosing the path to hell or to heaven. Messengers were sent to inform about the choices and to warn about the consequences. They were not sent to forcibly put the people on the right path. The job of the Muslims is the same. They must deliver the message of Islam to the humanity as they have received it. They are neither to change it to make it attractive, nor to coerce others to accept it. In addition, the results in the hereafter will depend upon faith. For all good acts are meaningless in the absence of the proper faith. And faith is an affair of the heart. It simply cannot be imposed.

It is not an idea that followers of other religions have shared with Islam. The result is, Muslim experience in the area of tolerance has been exactly opposite of the rest of the world. As Marmaduke Pickthall noted: “It was not until the Western nations broke away from their religious law that they became more tolerant, and it was only when the Muslims fell away from their religious law that they declined in tolerance.”

The path that the Western world took to provide harmony in society was to banish religion from the public square. For this achievement, it thinks that it has earned lecturing rights over the issue. So it may be good to remember that while it has indeed made huge progress in the area of tolerance during the last century (which should be appreciated), it has a long way to go before it can reach the standards established by Islam. First, while Muslim Personal Law is not recognized in the West, the Personal Law of non-Muslim minorities has always been recognized in the Muslim world. Second, while throughout Europe and America, Muslims are not permitted to make the call to prayer (Adhan) on loud speakers, non-Muslims are allowed to practice their religion freely in Muslim countries. Third, the widespread anti-Islamic prejudice in the Western media is both a cause and a consequence of the underlying intolerance. Fourth, hate crimes are a fact of life in the West. As just one small indication, nearly two-dozen incidents of vandalism have taken place against Mosques in the peaceful USA during the last seven years, not to mention hundreds of attacks against individuals. Fifth, the will to admit this state of affairs is also not sufficiently strong. Again here is just one indication: In 1999 two resolutions were floated in the US Senate and House, titled “A resolution supporting religious tolerance toward Muslims.” While the Senate resolution passed, the House resolution was gutted under pressure from several Jewish and Christian groups.

The situation of the rest of the “international community” is not much different. With this background, extortions to display tolerance become a vehicle for imposing one’s own intolerance.

Recently some people declared that the demolition of Buddhist statues in a country with no Buddhist minority violated Islam’s teachings on religious tolerance. They forgot that religious tolerance means accommodation to religious minorities; it does not mean undermining the majority. Here the issue of religious freedom had been turned on its head. For the real question to ask was, why the Muslims in Afghanistan must endure the statues they abhor?

For Muslims religious tolerance is not about political posturing. It is a serious religious obligation. They must be a force against all intolerance, even that which is promoted in the guise of tolerance.

Be the first to comment on "Religious tolerance in Islam"