Businessman/real estate developer, Alfred Galy, too late it must be demolished

In a move reminiscent of Rachel Corrie ; Trinidad’s Dr Nurah Rosalie Cordner placed herself in imminent danger to save the Greyfriar’s Church in Port of Spain from demolition.  The Trinidad Guardian reported that Dr Nurah-Rosalie Cordner, an adviser to the Minister of National Diversity and Social Integration,  jumped onto the excavator and appealed to the operator to stop destroying the country’s heritage. As four workmen tried to forcibly remove her, Cordner’s hijab was pulled off by and her purse was ripped open, leaving her personal belongings scattered among the debris.

The Newsday reported that “The sound of the excavator disturbed the quiet of Frederick Street, on an overcast Sunday morning. Cordner got an alert about the demolition and stood between what remained of the church and the excavation when she got to the site.

The operator refused to shut down the excavator when she called on him to do so. She admonished the operator and the contracting company for disobeying a rule of law which states that the moment a person stands in front of any heavy machinery, it must be immediately shut off.

The operator, who wished not to be named, said Cordner climbed onto the excavator and opened the door. In an attempt to shut the machine off, the operator claimed, she began pulling on random levers, causing the machine to spin out of control. She fell backward and the operator grabbed onto her to stop her from falling. He noted, had he not done this, she would have fallen under the treads of the massive machine, and would have been crushed.

The machine was finally shut down, but not before the majority of the historic building was demolished. The northern wall and the eastern pillars of the church had been torn down, exposing the inside of the building.

Standing atop the excavator, Cordner told reporters that Galy came “like a thief in the night” to demolish the building after the ministry had been negotiating with him to have the church listed as a historic site.

“The minister wrote to Mr Galy when they first announced the demolition of this building, and notified him of the ministry’s intention to list the building as a historic site. The dossier has already been prepared for this historic building as part of the Woodford square historic district and all we need now are the formalities,” Cordner said.

Minister of National Diversity and Social Integration Rodger Samuel strongly spoke out against what happened yesterday. “This is wickedness. This person has no respect for the country at all. Absolutely no respect because we are negotiating. The Town and Country people have been negotiating up to this week…up to Thursday they have been negotiating with this gentleman (Galy) in good faith trying to work with him and then he comes like a thief in the night. They don’t care about this nation or the history of this nation and this person will go down in history as a person who does not care about this nation and I will say this openly.”

Samuel added, “This gentleman’s initial intention was to break it down and then well on a Sunday morning Port of Spain is quiet and I’m in Arima only to get a call that they breaking down this building.” “Let me add. Town and Country did not give permission, neither did the city corporation. None.” 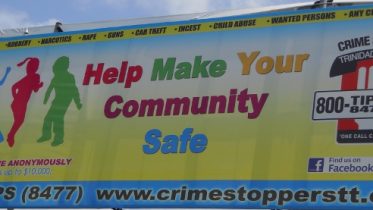