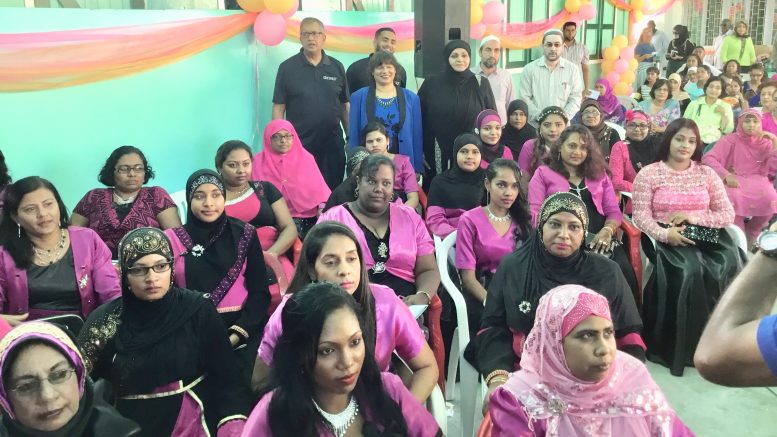 IDRF Projects Manager - Mr Nabil Ali and Aleema Nasir NACOSA of with a cross section of the participants.

The Prophet Muhammad ﷺ is reported to have said “A mother is a school. If she is educated, then a whole people are educated”

Seventy four women from the West Coast of Berbice, Guyana are now empowered and equipped with the skills needed to operate a small business following completion of a six-month skills training project.  The programme was held for rural women from all faith denominations.  These women have received training in cooking, catering and sewing.

The programme was conducted in groups of 40, with each given professional tutoring on the development of businesses.

The Women Empowerment Project, held at the D’Edward Masjid, was organised by the National Committee for Sisters’ Affairs (NACOSA), and was funded by the International Development and Relief Foundation (IDRF) of Canada. It concluded on Wednesday.
This was the first of two skills-based training for self-development and self-sufficiency projects organised by NACOSA to assist women to empower themselves.

The second 6 months of the project was launched at Meten Meer Zorg Masjid Complex, on Thursday 18th January, 2018 and training is scheduled to begin on the 5th February, 2018.

Aleema Nasir reports that “NACOSA submitted a project proposal to IDRF with the desire of assisting rural women with income generating skills.   Winston Kassim, Penny Fancy and the IDRF team met with the head of NACOSA  Aleema Nasir at their headquarters in Canada. After deliberations, the business component was added to the project.   Registration forms were distributed to the women in the community who were then interviewed. Eighty participants were enrolled, tutors and other project staff were hired, equipment were purchased and set up, and the project was launched on the 16th July, 2017.

The first phase of the project was successfully executed despite some challenges, and on the 17th January, 2018, 74 participants graduated. 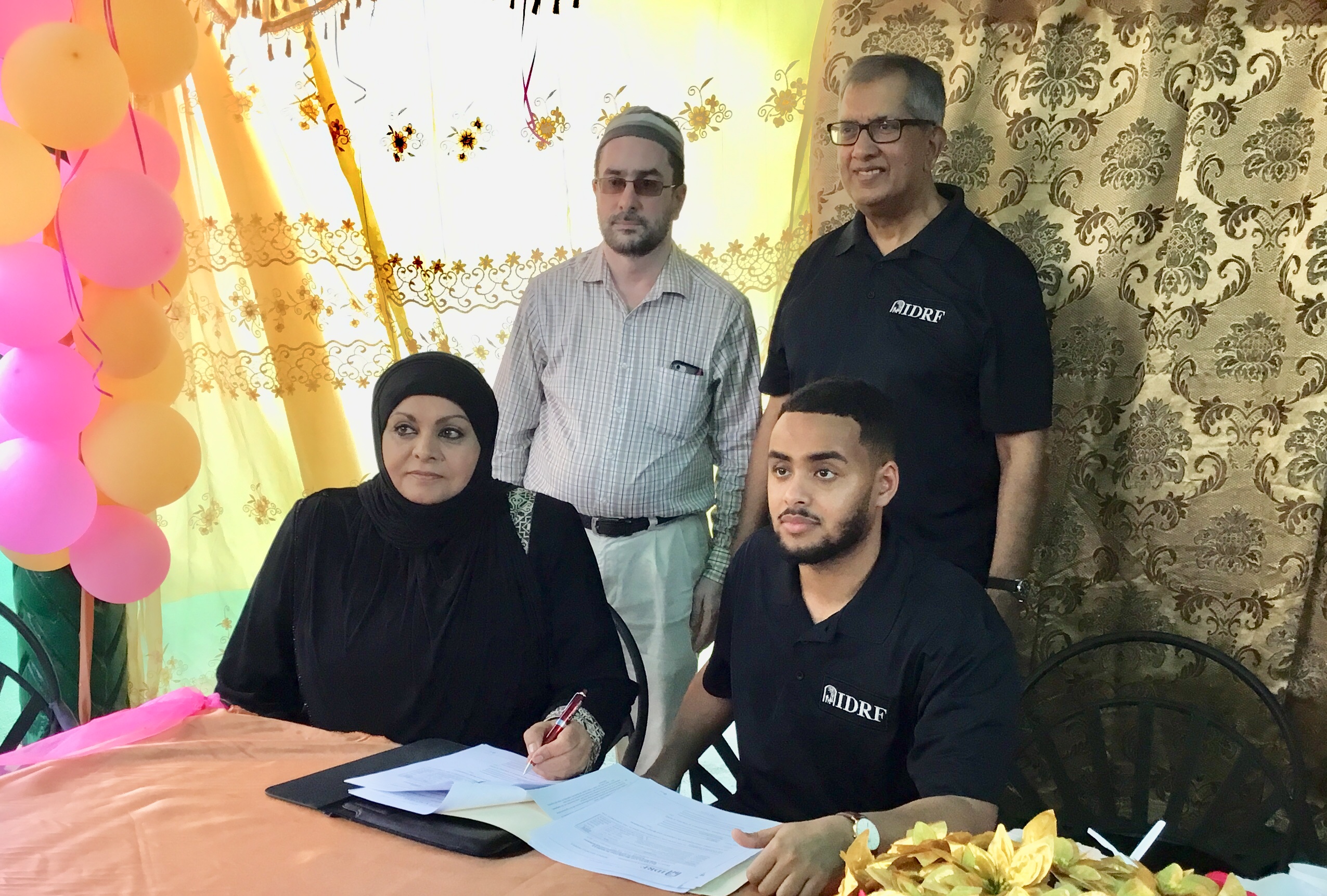 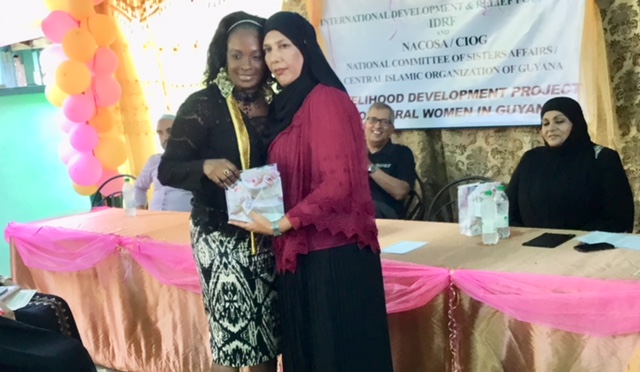 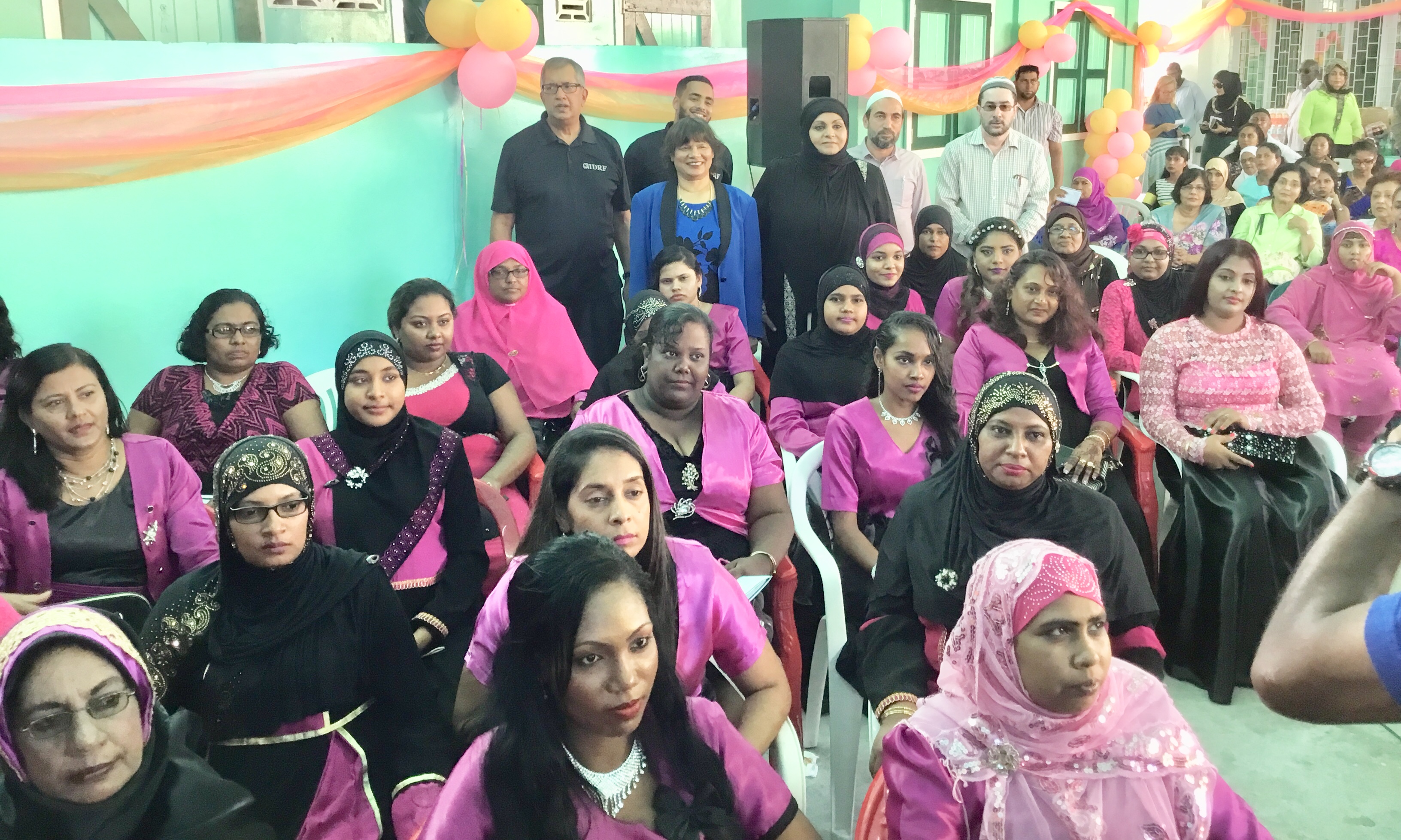 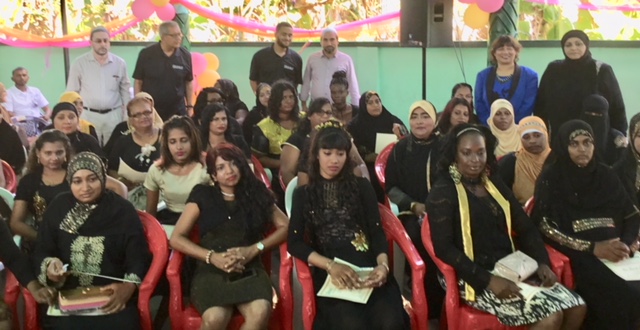 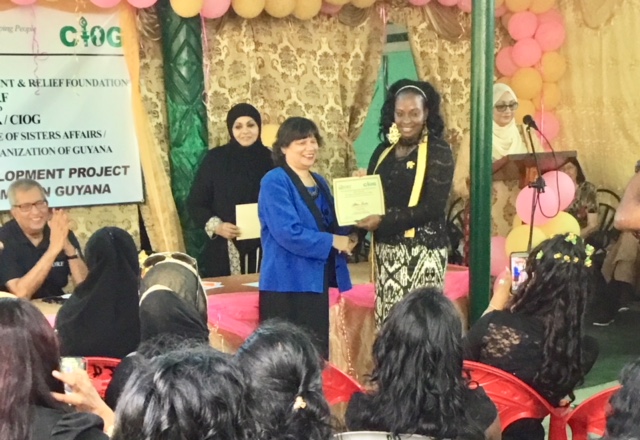 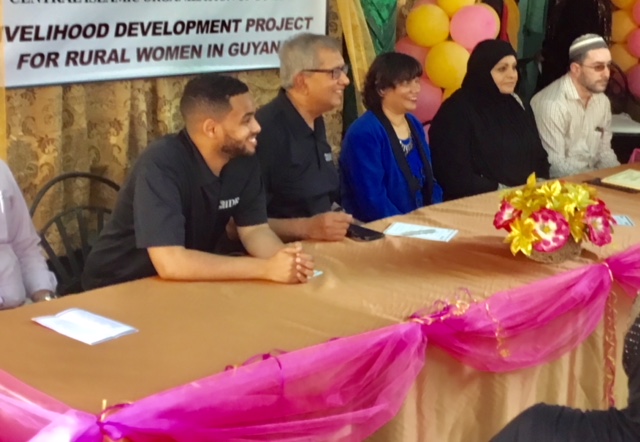 According to the IDRF chairman, Winston Kassim, who heads the global monitoring projects, the organisation has a strong and longstanding partnership with a number of non-profit groups in Guyana, particularly the CIOG.

Also attending the exercise were Program Manager of IDRF, Nabil Ali; Director of Education and Dawah at the Central Islamic Organisation of Guyana (CIOG), Sheik Moeen ul-Hack; and Chairperson of the Rights of the Child Commission and head of the Women’s Arm of CIOG, Aleema Nasir.

She noted that another eighty women have been registered for that programme, which would also run for six months.  “An important aspect of this project is the business component, where they receive training in starting and managing their own businesses… It’s a skills-based training for self-development and self-sufficiency project,” she said.

Nasir said she has had interviews with some of the women from the Wales community, where many persons are out of a job, and has gotten IDRF to pay their transportation so they can attend the programme.

IDRF is a Canada-based charitable organisation which was founded in 1984. It provides humanitarian aid and sustainable development assistance around the world to the poor and disadvantaged, and to those who have been displaced by natural disasters and conflict. IDRF supports the provision of basic necessities, such as food, clothing, shelter, hygiene kits, trauma counselling, clean water and medical assistance to people affected by floods, cyclones, famines and earthquakes in Japan, Pakistan, Haiti, Myanmar, Indonesia, Bangladesh, India, and East Africa.  Additionally, it has opened clinics, built homes, created clean water facilities, provided job skills, helped erect waste management facilities, and much more for hundreds of needy communities from Africa to Asia.

Be the first to comment on "Guyana: 74 Women Graduate From Small Business Training" 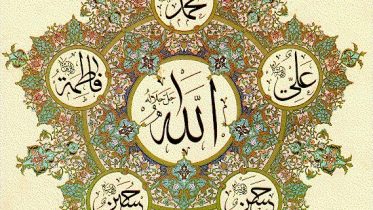