The two appeared in court Wednesday in the Southern District of Florida.

A father and son — both United States citizens — have been charged with “material support violations” related to their support for a foreign terrorist organization.

The DOJ press release states “Two United States citizens who were detained by the Syrian Democratic Forces (SDF) and recently transferred to the custody of the FBI have been charged with material support violations relating to their support for the Islamic State of Iraq and al-Sham (ISIS), a designated foreign terrorist organization.

According to the criminal complaints, in March 2015, Emraan Ali traveled to Syria with his family, including his son, Jihad Ali, to join ISIS.  Both Emraan Ali and Jihad Ali received military and religious training and served as fighters in support of the terrorist organization.  In addition to serving as a fighter, Emraan Ali served in various other roles in support of ISIS.  Emraan and Jihad Ali finally surrendered to the SDF near Baghuz in March 2019, during the last sustained ISIS battles to maintain territory in Syria.

A criminal complaint is merely an allegation, and every defendant is presumed innocent until proven guilty beyond a reasonable doubt.”

Emraan Ali was born in 1967 in TT, and became a naturalised US citizen in 2007, after moving to New York in 1991. Ali moved back to Trinidad in 2008, where he lived in Rio Claro. His son Jihad moved to Trinidad when he was seven.

According to the affidavit, Emraan provided voluntary statements to FBI agents in Syria, without an attorney present, after being advised of his Miranda rights.

Simon Cottee summarizes the affidavit on Emraan in a Newsday story.

“Emraan Ali, who used the nom de guerre “Abu Jihad TNT,” told FBI agents that after three months of arriving in Syria he and Jihad, after a vetting process, made their way to Raqqa, the then de-facto capital of the Islamic State, where they received comprehensive military training.

This was focused on using AK-47 assault rifles, rocket-propelled grenade launchers and machine guns. He was assigned to the “Anwar al-Awlaki battalion”, a military unit made up of English-speaking foreign jihadists. Anwar al-Awlaki was a US-born radical cleric who was killed in an American drone strike in 2011.

Ali, who had multiple business interests in Trinidad, including buying and selling cars and construction, worked on residential building projects for ISIS in Raqqa. He also sold goods to ISIS members for profit, including livestock, cars, weapons and phones.

In addition to this, he was involved in organising money transfers from this country to TT ISIS fighters in Syria, using a contact in Trinidad who collected money from the relatives of ISIS fighters. Ali orchestrated the whole venture, using an intermediary who operated between Syria and Turkey. He charged a fee of 15 per cent for his financial services.

According to the criminal complaint, in November 2016 Ali had arranged for his daughter to marry a 21-year-old British ISIS fighter, Fayyad Uthman. She was just 14 at the time. She gave birth to their first child in 2018, when she was 15.

The complaint states that Emraan moved his family to Baghuz at the end of 2018. On or about 17 March, 2019, Ali and his two sons surrendered to the Syrian Democratic Forces (SDF).

Ali claims that his main reason for going to Syria and joining ISIS was so that he could live and raise his children in an Islamic environment. He also told agents that he had heard and seen positive things about ISIS through his wife’s sister, a woman named Sumayyah Roberts. 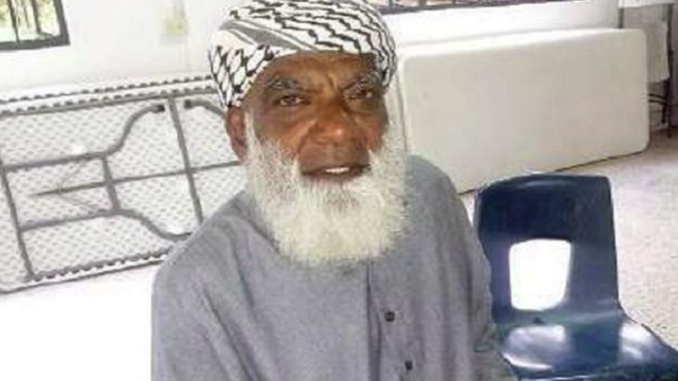 Sumayyah is the daughter of Aneesa Waheed and granddaughter of Imam Nazim Mohammed, who runs the Umar Ibn Khattab mosque in Rio Claro.

Ali said that he had communicated with Sumayyah and her husband Akil Roberts after they had gone to Syria in September 2014. They had sent him photos and videos depicting a “good life” in the caliphate, and he was apparently taken in by this.”

“The complaint against Jihad Ali, who used the name “Abu Dujanah,” states that Jihad told agents he was excited to go Syria, but also felt he couldn’t speak out against his father. He said he was 14 or 15 when he first attended military training, which involved firing weapons and close quarter battle and urban warfare. He said some of the training was “cool” and some was “scary.”

He was issued with an AK47 and assigned to the same battalion as his father. He admitted that he fought in several places, including Baghuz, the last sliver of ISIS-controlled territory in Syria which fell in March 2019.”

You can read the various links above for more details.