Ugur Sahin, 55, together with his wife Oezlem Tuereci, 53, are being hailed for the promising research outcomes of their firm BioNTech into a vaccine for COVID-19. Reuters reports that “Pfizer said on Monday said its experimental vaccine was more than 90% effective in preventing COVID-19 based on initial data from a large study.”

“Şahin was born in Iskenderun, Turkey. When he was four years old his family immigrated to Germany, where his father worked in a Ford car factory.  He studied medicine at the University of Cologne, graduating in 1990, and obtained a PhD from the same university in 1993. Following an eight-year residency at the Saarland University Hospital, he joined the faculty of the University of Mainz in 2000, where he became a professor in 2006.

Özlem Türeci is the daughter of Turkish immigrants to Germany, who was born in Lower Saxony.  She is a physician, immunologist, and businessperson. She is the founder and chief medical officer of BioNTech, president of the Association for Cancer Immunotherapy, chair of the Cluster for Individualized Immune Intervention (Ci3), and lecturer at the University of Mainz.  Türeci is considered a pioneer in cancer immunotherapy.” Wikipedia.

UK’s Guardian observed that “In a country where a debate about the willingness of German citizens with Turkish roots to integrate into public life has never been far from the headlines for the last decade, the story of BioNTech’s founders is also salient. Türeci and Sahin are children of Turkish Gastarbeiter or “guest workers” who came to Germany in the late 1960s.

Sahin, was the recipient of the 2019 Mustafa(pbuh) Prize for ‘development and clinical testing of cancer therapeutic vaccines based on the mRNA for the individual patients regarding their mutation profile,’ says “my research is about empowering the patient’s immune system to fight cancer and other diseases.” 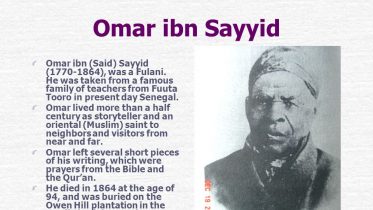 SADAQA AMONG AFRICAN MUSLIMS ENSLAVED IN THE AMERICAS Islam as brought by the West Africans has not survived in the Americas, but its impact has…