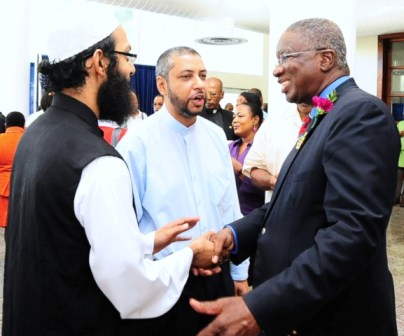 Approximately 200 persons drawn from government departments, civil society organisations and the religious community participated in a consultation, which had as its theme The Changing Barbadian Society: Shaping a Brighter Tomorrow on September 1st and 2nd 2012, held at the Lloyd Erskine Sandiford Centre. .

He suggested that society is held together by a set of values which denote right and wrong, good and bad, just and unjust, fair and unfair and who is blameless versus who should be blameworthy. As such, he said core values which are collectively shared must be passed on to future generations to ensure the creation of the best society. While it is not possible to stop society from changing, action must be taken to change it for the better, he added.

“The second point is this, if we are to preserve Barbados, we have to be very careful about what we discard.

“There are a number of things that have worked for us over the years… they’ve kept us together, they’ve built us, they’ve reinforced us, they’ve changed us continually for the better.

“Let us be very careful about those values, those norms, those aspects of behaviour, those standards and so on that we are prepared to discard, because we may…discover that these are irreplaceable and that is another way of losing our society as we know it. That is another way of society getting to the stage where, rather than changing for the better, it changes for the worse,” he said.

The recommendations gathered at the two -day consultation on “The Changing Barbadian Society: Shaping a Brighter Tomorrow,” will be compiled and forwarded for consideration by Cabinet.

However, given the number of recommendations, they will have to be prioritised, observed Minister of Family, Culture, Sports and Youth, Stephen Lashley, during his wrap up of the consultation sessions

The Government’s decision to host this consultation was lauded by many Bajans, describing it as an excellent initiative which is critical and timely. 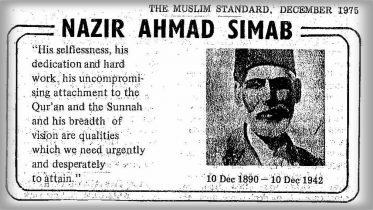 Islamic scholar Maulana Nazir Ahmad Simab came from Lahore, India, in 1935. In the “History of the El Socorro Jamaat”, Muzaffar reports that “In 1934…