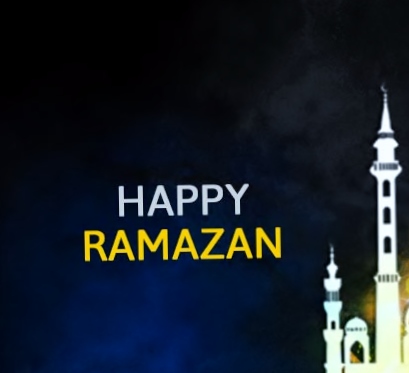 From the abode of Islam in Arabia, and through two great historical trajectory, slavery and indentureship, Ramzaan (Ramadhan) made its way to Guyana.  Guyanese Muslims like the rest of the Umma takes seriously the holy month of Ramzaan.  Muslims make up about 12% of Guyana’s population, and while Ramzaan is not a nation wide event, it is well known because everyone in the country comes in contact with a Muslim.  Ramzaan has been part of the Guyana landscape since the dawn of slavery when West African Muslims brought the practice to its shores in the 1700s, and the practice continues to this day.  Islam virtually disappeared with the forced conversion of Muslim Africans, but was later resurrected with the second arrival of Islam in Guyana in 1838 with the arrival of South Asian Muslims from Mughal Hindustan, bringing with them aspects of nawabi (royal) culture to our shores.

In the year 1838, about 90 Muslims arrived on the shores of Guyana on board the Hesperus and Whitby, who since 1838 have played a major role in the social, political and economic life of Guyana. The Hindustanis came from the land of the Mughals who built the Taj Mahal and from districts and cities where Mughal culture proliferated- Lucknow, Ghazipur, Allahbad, Gorakpur, Murshidabad, Azamgarh, Mirzapur, Shahabad, Sultanpur, Faizabad, and Azamgarh. Lucknow and Faizabad as well as Patna were centres of great learning and culture. It is from these centres that the poetic language, Urdu was born.  Bringing with them rich cuisine- sheer korma, biryani/pilau, firni, gulab jumun, jaleebi, Seviyan (vermicelli), kofta kebab, etc, they enriched our cuisine.   Muslims have left an indomitable mark on India in culinary, architecture, gardening, music, paintings, clothing, literary and artistic achievements, civil engineering, statistical digest, dictionary of science, memoirs, and books of rules and procedures.

Muslims became more organized under the strong leadership of Rahman Baksh Gajraj, “President” of Muslim Guyana from the 1940s to the early 1960s.  This was the golden age of Islam in Guyana. R.B. Gajraj encouraged Muslims to fast and to suppress their material cravings. He also urged unity, “it is but time, to disregard any internal dissention.” In the 1940s, it is reported that in many Jamaats (congregations) sehri (morning meal and aftari (meal at break of fast) were served by members of the community. Gajraj remarked, “it is indeed, both heartening to us and pleasing to Allah , to see our people assemble every morning and evening in such an organized manner, which is bound to strengthen our social solidarity, so essential to our general progress.”

With much anticipation, Guyanese Muslims prepare for Ramzaan.  Guyanese, Amina Ally,  in a  beautiful poem, commemorating the beginning of Ramzaan,  in 1949, summarizes the sentiments,  “ So join in welcoming Ramzaan-with fasting and prayer, lets hearts mingle in unity as hats and shawls amass to praise their Lord alike- the proud and humbled-high and low.”

Unlike the Arabic term sawn for fasting, Guyanese Muslims refer to the fast as Roza, Urdu for fasting.  Rozadaar (people fasting) begin their fast before sunrise with roti, various vegetable dishes, thick porridges, provisions and eggs.  For iftar they break their fast with bharrah, poulourie, or chick peas.  After the sunset prayer, they engage in an elaborate meal of various meat curries and stews, dhal puris, hot tea, rice and various vegetables. After some time, they will sample sweets that rozadars bring to the moques to share, especially the different types of vermicelli which is one of the major delicacies of the month.  The sharing and exchanging of food in Guyana during Ramzaan is most memorable which brings many poor non-Muslims knocking at the gates of masjids across Guyana. It is this act of charity and brotherhood that Muslims in Guyana are commended often for.

Excitement builds as the sun begins to set, and the majority of Muslims head to the masjids to break their fast.  Because the Muslim population of Guyana is very small, they are tightly knit.   There is a lot of bonding during this time and people choose to break their fast and eat in congregations.   More affluent members of the community with transportation will bus the less fortunate to the mosques. There they will have their iftar, make namaz -ul -magreb, snack in between the Isha namaz, and continue into the Taraweeh prayers. Sometimes the food is cooked at the masjids and people will spend a lot of time at the masjids praying, reading the Quran, making duas and asking touba (forgiveness) from god.  In between, they go back and forth having tea or snacks.  None Muslims are also encouraged to join their Muslim friends at the mosques. All in all, life rotates very much around the masjids during this special month.

What do you recall and miss about Ramzaan in Guyana, I asked, Shabnam Ali – “Growing up in Guyana, Ramadan was always a joyous occasion for us. The kids always competed to see who could fast the most days during the month and there was always so much excitement on Eid day when my father and brothers would go to the Masjid for morning prayers while my mother and the girls had to prepare the food and the sweets. Afterwards,  we would have our family and friends gathering for afternoon meals. We always share with our Hindu neighbours sweets, in the same way they would share with us sweets during the Hindu festivals. It was the spirit of togetherness that was so unique in Guyana. It is not the same when you move to North America and elsewhere. Also on Eid day, I remember my father would have a pocketful of money to share with the unfortunate  who usually gather at the Masjids on Eid day (of course he would make sure that us kids get our Eid money before he leave the house, otherwise he always returned empty pocket). I would say that celebrating our religious holidays in Guyana is what I miss the most.”

Over time, the Muslim excelled in commerce in Guyana, and the iftar dinners became more elaborate.  Everyone is generous during this time, and especially the rich who usually buy a bull to feed the congregation for a month, or hosts evening meals at their homes.

Families wake up in the pre-dawn hours to prepare the first meal (Sehri) before they begin the fast. They make the Fajr prayers as a family, but sometimes many prefer to join the community in congregational prayers at the mosques. The entire family gets up and children are forced out of bed, especially teenagers who must begin the practice of fasting.

During the periods of slavery and indentureship, Muslims discreetly observed Ramadhan and Eids. Eventually, they became more organized as the Muslim population grew and demanded freedom to attend congregation prayers especially during the Friday Juma Namaaz and the Eids.  With the presence of mosques in the late 1800s these practices became institutionalized, and today, on the day of Eid ul Fitr Muslims flock to their mosques to partake in prayers.   On the day of Eid-ul-Fitr,  Editor of the Arts Journal, Ameena Gafoor, recalls, “I remember as a child growing up in an East Coast village, on Eid morning,  the Jamaat would read Eid namaaz at the Mosque and then we would go from house to house to read the Mubarak moonajaat and partake in sweetmeats. I do not see that happening in the city.” She continues, “On Eid day, we wore new clothes and we were given Eid money if we kept all the days of fast. Today, children are given Eid money whether they kept fast or not.”

Be the first to comment on "Ramzaan in Guyana" 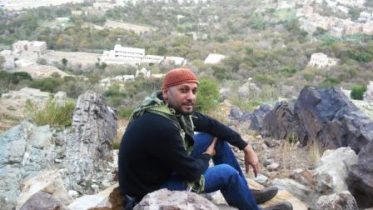 When I spoke to Arabs I met in the Gulf (where I currently live) about my plans to visit Yemen half didn’t say much, while…