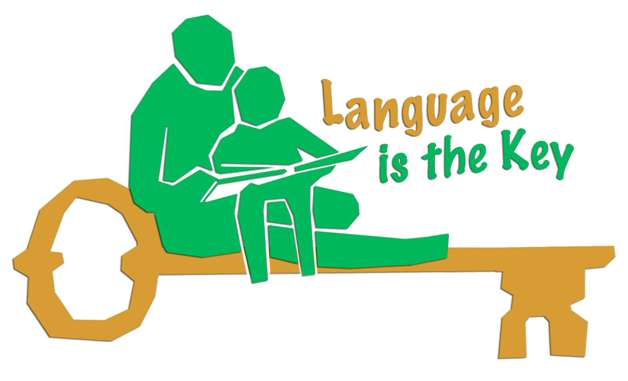 Loss of Language-equals-Loss of Culture

After 172 years, since their arrival from India to Guyana in 1838, the Hindustani Muslims have lost their mother tongue, Urdu.  The majority of Hindustani immigrants to British Guyana came from the Urdu speaking belt of northern India, and especially from Uttar Pradesh and Bihar.  From 1838 to 1917 roughly 240, 000 indentured servants were recruited, of which 20% were Muslims bringing with them some of the rich Mughal culture of northern India.  Most of these Muslims spoke Urdu or Hindustani, and a handful were versed in Persian, Pashtu and Baluchi as well.

Urdu is a Turkish word which roughly translates as “camp or army.” It was from the army camps of the Central Asian Turks and Persians as they converged on Hindustan (India) where the Urdu language evolved. It was later nurtured in Lucknow and Delhi by poets like Amir Khusro, Mirza Asadullah Ghalib, Allama Iqbal, Hakim Momin, Ibrahim Zauq, Mir Taqi Mir, Sauda, Ibn-e-Insha and Faiz Ahmed Faiz whom have contributed to the evolution of Urdu language through their literary works. Urdu is written in the Persian script and is a combination of Turkish, Persian, Arabic and North Indian languages.  However, Hindi/Urdu did not exist as languages in early India, but evolved from Bhojpuri, Mitali, Khari Boli, Braj, Turkish, Persian and Arabic.  Urdu arrived in Guyana in 1838 with the arrival of about 94 Hindustani Muslims on board the Hesperus and Whitby.  Towards the end of the Mughal Empire that Urdu was accepted in the Mughal Darbar (court). It was Persian that the Chagatai speaking Turks of the Timurid clan adopted as the official court language of Hindustan for 400 years.

The racist British colonial policies of “civilizing the natives” may have contributed to the loss of the Urdu language in Guyana because the plantation masters entrusted the evangelical church with the task of educating the “coolies” in British Guiana.  The “weird” and “docile coolies” as they referred to them,   had little control of their destiny, and was surrounded by a sea of evangelism.  They were ridiculed for their “Indianess,” and many quickly abandoned their “Indianess.” Surprisingly, the Indian city-elite also looked down on those country Indians.  The political leadership and most city-elites were not proponents of Hindi/Urdu or Indian values as we approached the 1960s, in fact the opposite took place in neighbouring Suriname where the political leadership came from the Hindu Mandirs and Muslim Mosques.  Hindustani leaders who spoke Creole or Dutch at Indian gatherings in Suriname were jeered  and booed and had ganda eggs thrown at them.

By the turn of the 20th century, Hindustanis in Guyana were under fierce evangelical attacked. In 1911, a New York Times article titled, Islam Making Alarming Gains over Christianity, evangelist declared war on the Muslims of British Guiana. They declared, “If the results of a century missionary’s efforts in British Guiana are to be preserved, the Christian Church must make a more determined effort to combat the influence of the East Indian. The struggle of the future of British Guiana will be between Christ and Mohammad.” (October, 29).

The economic conditions of the Muslims did not improve until the 1940s – 1950s and with little capital, lack of unity on the issue, shortage of Urdu Teachers and a sound Urdu curriculum, they could do little except pass resolutions.  Yet it was these Urdu-Teachers who would go down in the history of Muslim Guyana as the stalwarts of Islam.

Up until the 1950s, in Guyana, both the khutbahs (Friday sermons) and duas (supplications) were read in Urdu.  In many masjids today the duas are still recited in Urdu, most using the English phonics, unfortunately this is not the case for the khutbahs which are now delivered in English.  Urdu Teachers created books of Khutbahs, memorization of du’a, teaching of Urdu, and Qaseeda and Nazm recitation.  Their efforts are commendable in light that Guyana never had an Urdu press and no Urdu periodicals existed in the colony.

Despite several applications in the early 1940s and led by President of the Guyana’s  Sad’r Islamic Anjuman, R. B. Gajraj and Moulvi M. A. Nasir and other Muslims to get the British colonial government’s assistance to encourage Urdu and Arabic education in the madrasas (schools), the government, for some reason did not entertain the applications and no efforts were made to pursue the matter further. The Muslims alleged that without adequate government funding, a high standard of education could not be achieved and/or maintained and that the Muslim religious education was seen to be mediocre. In 1941 when the Muslims saw evidence that the Urdu language was on the verge of becoming “extinct”, the BGIA during a special conference called to discuss a uniform system of Muslim religious education in accordance with the requirements of the Education Code of British Guiana.

Eventually, a grant was given in the late 1940s for Urdu education, but the lack of unity among the different Muslim groups, qualified teachers and a vigorous Urdu curriculum, the grant was  withdrawn. Talk of reviving Urdu to appease Muslims since the late 1940s to this day continued, and melas or qaseeda anjuman alone won’t resurrect Urdu, however those people behind these events should be complimented for their efforts.  With the Muslim division, especially during the 1960s, the Arabic movement of the 60s -70s, lack of teachers, funds and a robust Urdu curriculum, coupled with the horrible plantation system, it seems like Urdu has gone to the qabarstan (graveyard).

The demised of Urdu among Guyanese Muslims can be attributed to the same factors that led to the decline of Hindi for the general Hindustani population of Guyana. The lost of their mother tongues have had rippling effects to this day. One example is cultural schizophrenia that the youths of today are facing. Another is the break down of family values, and the rise of alcoholism and violence.  Some anthropologist suggests that a loss in language signals a loss in culture, and the lost of culture translates to family breakdown.Hindustani Guyanese no longer understand his/her mother tongue which means that they can’t understand their religious texts, the Ramayana, the Hanuman Chalisa or the Quran Karim, making them vulnerable to evangelism.  History and traditions are handed down from one generation to another, how much have we lost because the language barrier that existed between the last generation and the present one?  Only through Bollywood cinema and its music are Hindustani Guyanese today exposed to their mother tongue. In Suriname, Fiji, Mauritius, East Africa, the Arab Gulf, Holland and the UK, Hindi/Urdu survives; only in Guyana and Trinidad are these languages dead. Some may argue that the loss of Urdu/Hindi is not the sole cause of the social and cultural predicament of Hindustani Guyanese and that’s true but not the main focus of this paper.

Guyana should join the Islamic Educational, Scientific and Cultural Organization (ISESCO), an arm of the Organisation of Islamic Conference (OIC).  Both Guyana and Suriname are…