The Alternative for Germany is known for its mantra that “Islam doesn’t belong in Germany.” Now a senior member of the party in Brandenburg has caused a mini-sensation by converting to Islam. Arthur Wagner, who until recently sat on the AfD state legislative committee in Brandenburg, told Tagesspiegel that his conversion to Islam was “a private matter”, refusing to comment further.

The conversion seems particularly peculiar, since only last summer Wagner was accusing Angela Merkel of making a “huge mistake” by opening Germany’s borders to refugees.

“Germany is mutating into a different country,” he said at the time, according to Tagesspiegel.

At the same time, Wagner is known in his hometown of Falkensee for being engaged in voluntary work to help refugees integrate into German society.

In line with the stance taken by the AfD across Germany, the party in Brandenburg claims that the spread of Islam in Germany poses a danger to societal peace.

On its homepage, the AfD Brandenburg writes that “Islam doesn’t belong in Germany. We see the ideology of multiculturalism as a serious threat to societal peace and cultural unity.”

On the record though, the party is saying that it has no problem with the fact that Wagner has become a Muslim.

“Religion is a private issue. We believe in religious freedom as stated in the constitution,” party spokesperson, Daniel Friese, told the Berliner Zeitung.

However, the party also confirmed that Wagner was no longer a member of the executive committee.

According to Friese, Wagner recently stepped down from the committee “for personal reasons.” 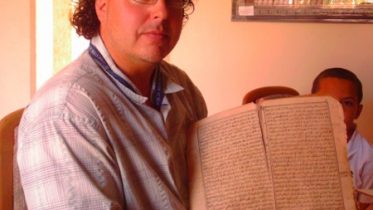 A new book, The Covenants of the Prophet Muhammad with the Christians of the World (published by Angelico Press, 2013) makes great strides in debunking…