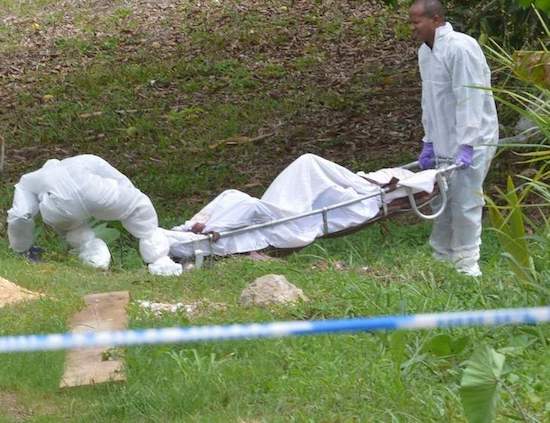 THE SON of a former police commissioner was shot dead and his wife was injured during a robbery early yesterday morning at their D’Abadie home.

Police said Mohammed was outside the couple’s home, at Almond Drive, Lillian Heights, D’Abadie, when three gunmen approached him.

The men entered the property by jumping over a fence at the back of the house, where there were three large water tanks and a makeshift structure.

They caught Mohammed off guard and demanded his licensed pistol, which he had on him at the time.

One of the men then remained outside and kept an eye on Mohammed while two others walked into the house, found his wife and forced her at gunpoint to open a safe where another licensed pistol was kept and which the gunmen grabbed.

As the three were about to leave they then shot Mohammed about the body, killing him on the spot.

The gunmen also shot the man’s wife, but she survived and was taken to hospital by ambulance.

Mohammed’s killing takes the murder toll for the year to date to 171.

Police said they received a call from neighbours, and officers from Arouca Police Station, along with the Homicide Bureau and Crime Scene Unit, responded where they met Mohammed’s body in the yard. They examined the scene for evidence and the district medical officer ordered the body removed to the Forensic Science Centre in St James.

Nizam Mohammed’s father served as commissioner of police from 1996 to 1998 when he officially retired from the Police Service. 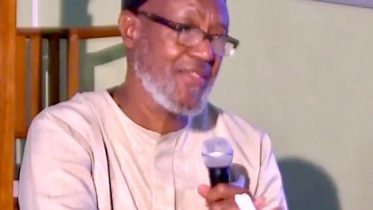 Access original article in Jamaica Observer here PRESIDENT of the Islamic Council of Jamaica, Mustafa Muhammad, says he agrees with the Sharia law which prescribes…