November 17th 2020 marks the 10th Anniversary of the Barbados Association of Muslim Ladies (BAML). 10 years of promoting the socio-economic and educational development of Muslim women and girls in Barbados. Our 10th Anniversary Video under the theme “Celebrating a Decade of Service Through Sisterhood” captures the essence of our work and inclusive vision for Barbados.

The Barbados Association of Muslim Girls (BAMG) was founded on 17 November 2010 through the creation of a Facebook group.  The initial aim of the group was to provide safe, Islamic, social spaces for Muslim girls in Barbados. During our first general meeting in December 2010, which saw the attendance of approximately 40 women and girls, a vote was taken to change the name of the group to the Barbados Association of Muslim Ladies (BAML) as it was more reflective of the generation span of our members.

In our early years, BAML – through the support of committed volunteers – hosted several small social activities, fundraisers and community service initiatives. However,  over time, we recognized a need for more strategic programming that would address the more challenging and often silenced issues facing Muslim women and girls in Barbados. In August 2015, we launched “Breaking Barriers” an initiative focused on solution based discussions to issues such as discrimination, inclusion and access to education among others. From these bold discussions, the first formal Executive Team of the BAML was formed and our four programming streams emerged.

​BAML is the first and only organisation in Barbados that responds to the holistic needs and is the voice of Muslim  women and girls.  As a community based organisation with the primary aim of promoting the personal, socioeconomic and educational development of Muslim females in Barbados, our work is divided into four main branches:​ 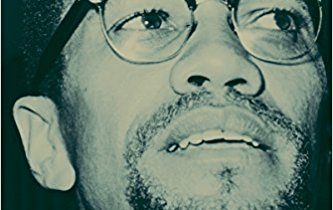 Gomez, Michael A. Black Crescent: The Experience and Legacy of African Muslims in the Americas. Cambridge: Cambridge University Press, 2005. 385 pp. This book, Black…