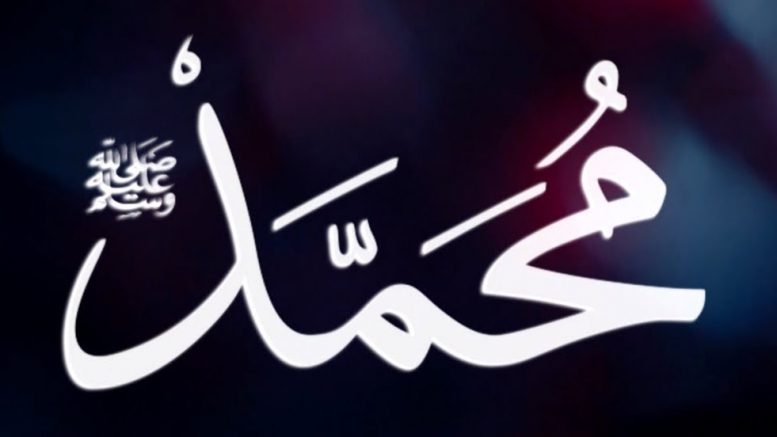 Those who were the Prophet’s ﷺ contemporaries are the best source of direct evidence of who he (ﷺ) was, what experience they had when they were in his (ﷺ) noble presence.  Here are just a few excerpts of their testimonial expressing their sentiments on Rasullullah (ﷺ) as translated by Shaykh Gibril Haddad.

Words In Praise Of The Messenger Of Allah ﷺ

1.The Prophet’s uncle, al-‘Abbas ibn ‘Abd al-Muttalib, Allah be well pleased with him:

When you were born, a light rose over the earth
until it illuminated the horizon with its radiance.
We are in that illumination, that original light,
those paths of guidance.
– And thanks to them we pierce through.

2. The Prophet’s ﷺ cousin, ‘Abd Allah ibn ‘Abbas, Allah be well-pleased  with them:

Whenever he spoke, something like light would be seen issuing from between his two front teeth.

Narrated horn Ibn ‘Abbas by al-Darimi in his Sunan, al-Tirmidhi in the Sharna’il, and al-Tabarani.

Born of hale nurse unsoiled,
Were you to look at his facial traits
-they beam like a white lightning-cloud!

When he left Makka for Madina, she recited:
My eyes have overflown with streaming tears
shed for the Uniquely Chosen One,
the Full Moon of the House of Hashim.

Narrated by al-Bayhaqi in Dala’il al-Nubuwwa and Ibii ‘-4sakir in Tarikh Dimashq.

Allah derived for him a name from His own Name
so as to dignify him greatly:
The Owner of the Throne is the Most Glorious [Ahmadu],
and here is the Praiseworthy One [Muhammadu].

Narrated by al-Bukhari in al-Tarikh al-Saghir and Ibn Hajar in al-Isaba and Fath al-Bari.

A trustworthy one, chosen, calling to goodness,
resembling the light of the full moon set off from darkness.

Narrated by al-Bayhaqi in Dala’il al-Nubuwwa.

7. ‘Umar ibn al-Khattab, Allah be well-pleased with him:

If you were anything other than a human being
You would be the light in the night of a full moon.

Narrated by al-Bayhaqi in Dala’il al-Nubuwwa.

8. ‘Abd al-Rahman ibn ‘Awf, Allah be well-pleased with him:

A Prophet came while people were wrapped in pride
and in the pitch-black darkness of the night of unbelief,
Whereupon he dispelled this darkness with abundant light,
and in this matter he was helped by each of those who submitted.

He left a people [the pagan Meccans] who preferred their minds over him and he dawned on a people [the Madinans] with a light made new. Whenever his forehead emerged in pitch-black darkness, it would shine like the blazing luminary of dark night.

He also said, as quoted by Ibn Hisham on the last page of his Sirat Rasulillah ﷺ (“Life of the Messenger of Allah ﷺ”):

He is the light and the brilliance we follow.
He is our sight and hearing second only to Allah….
By Allah, no woman has conceived and given birth
To one like the Messenger,
the Prophet and guide of his people.
Nor has Allah created among His creatures
One more faithful to his sojourner or his promise
Than he [Muhammad] who was the source of our light.

If you saw him you would say: The sun is rising.

Narrated by al-Tabarani in al-Mu’jam al-Kabir and al-Awsat and al-Bayhaqi in Dala’il al-Nubuwwa.

11. Ka’b ibn Malik, Allah be well-pleased with him:

I greeted the Prophet and there was lightning in his face.
Whenever the Prophet was happy, his face would be
illuminated as if it were a piece of the moon.

Narrated by al-Bukhari and Muslim as well as Ahmad.

12. Aswad ibn Mas’ud al-Thaqafi, Allah be well-pleased with him:

Truly, the Prophet is he from whom all gifts are expected
When there is drought and when all rain dries up.

13. Anas ibn Zunaym, Allah be well-pleased with him:

No camel ever carried on its saddle
More righteous and more truthful than Muhammad.

Narrated by Ibn Sayyid al-Nas in Minah al-Madh and Ibn Hajar in al-Isaba.

Da’bal said of the above verse in Tabaqat al-Shu’ara’ (“Biographies of the Poets”): “This is the most truthful verse of poetry the Arabs ever declaimed.”

14. Al-‘Abbas ibn Mirdas, Allah be well-pleased with him:

O Seal of all Prophets, truly you have been sent
with truth, and your guidance is Guidance itself.
Truly, the One God has ordained for you to be loved
by His creation, and has named you MUHAMMAD [most praised]!

Narrated by Ibn Ishaq in his Sira and Ibn Sayyid al-Nas in Minah al-Madh.

15. The young girls of the Ansar, Allah be well-pleased with them:

When the Prophet appeared from the hills overlooking Madina they sang:

The full moon has risen over us
from the mountains of al-Wada’!
We must give thanks
as long as there remains one who calls unto Allah!