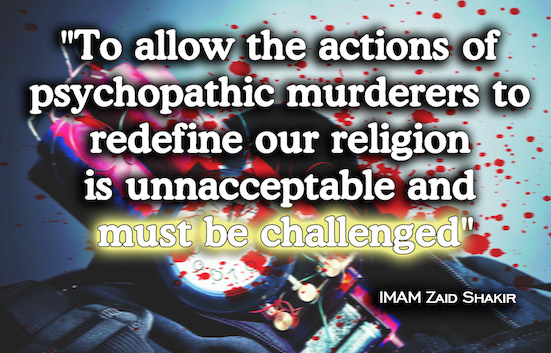 It’s been said that a liberal is just a conservative that hasn’t been mugged yet. Sometimes it takes something traumatic to wake us up to the realities of our situation, and to force us to rethink our beliefs and behaviors.

Americans are essentially civil and decent people and not prone to violent reactions, but now millions of Americans are being exposed to a profoundly radical and extremely distorted view of Islam, which is that 1) Islam is an evil religion; 2) it was born in the crucible of violence, and engenders violence in its followers; and 3) a significant number of American Muslims are actively working to undermine the government of this country, and to establish shariah law.

These ideas may sound outlandish and far-fetched, but some of the major websites promoting such views get hundreds of thousands of visitors each month. The trouble with such misinformation is that when someone wants to learn about Islam and Googles, for instance, shariah law and women, they’re likely to see an image of a girl with her nose cut off. Worse yet, most of the top ten articles returned from such a search are not expository articles explaining what shariah actually is ¬¬– they are articles propagating the idea that the shariah is evil.

Hence, even if people sincerely search for information about Islam, they are likely to get misinformation and anti-Islam propaganda. Moreover, even educated people are having a harder time sorting the wheat from the chaff, distinguishing what is accurate from what is propaganda against Islam. There are also a lot of very negative emails circulating on the Internet either misquoting Qur’an and hadith or quoting out of context.

In fact, if you walk into a bookstore today and simply browse under the subject of Islam, about half the books are anti-Muslim or written by apostates from Islam who actually hate Islam. If a person scans the shelves for a book on the Qur’an, the best looking book that catches their eye could very well be The Infidel’s Guide to the Koran, and so one starts to read it, and it distorts Islam using the sources of Islam, such as Qur’anic verses or hadith. The verses quoted are explained without historical context, and are used to distort the holistic message of the Qur’an.

It is easy to make Islam look like the most evil religion on the planet using quotations from primary sources. It is also easy to do the same with Christianity, Judaism, or any other world-religion, but most people, Christopher Hitchens and Richard Dawkins notwithstanding, know that Judaism and Christianity are not evil. However, they do not know that about Islam because we have allowed other people to define Islam. Look in the bookstore sections about other religions, and you’ll see a vastly different set of books. For instance, you will find nothing negative about Judaism in the section on Judaism, and if you did, rest assured that major Jewish activist organizations would soon have a slew of volunteers writing to the publishers and the bookstores and have the book pulled from the shelves in record time. The Christian section is so vast as to overshadow the few titles that present Christianity in less than a positive light. Even the section on Wicca and Paganism comprises of titles mostly like, How I Found Inner Peace by Worshipping the Moon and How Satan Can Cure Your Migraines.

When Alice is in Wonderland and questions Humpty Dumpty about his usage of words, he says, “When I use a word, it means just what I choose it to mean – neither more nor less.”

Alice responds, “The question is whether you can make words mean so many different things.”

Humpty Dumpty replies, “The question is which is to be master – that’s all.” That is, which definition is going to be definitive?

When we say “Islam,” is it the beautiful religion of peace and spiritual elevation that sustains millions and millions of people during their journeys through life and inspires countless good deeds, or is it the violent, misogynistic, anachronistic medieval madness that is now infecting America?

When we say “jihad,” does it mean an honorable struggle for social justice and the internal struggle with our own selves against the ego, envy, pride, miserliness, and stupidity, and the universal right to defend one’s land or one’s home from aggressors, or does it mean brutally and barbarically chopping off heads, cutting off noses, lopping off ears, flogging women, or blowing up innocent people for simply not being part of the faith?

Who is going to define the words? Is it going to be every Tom, Dick, and Humpty Dumpty? Are we going to leave it for those who have passed through the looking glass and are living in Wonderland where black is white, up is down, and right is wrong, and where, like the queen reminds Alice, “Sentence first – verdict afterward” is how things work? Who is going to decide?

This unrelenting and hateful messaging is taking an effect over time. We can see this in the changes in public views of Islam. In polls taken immediately after 9-11, most people did not have a negative view of Islam. That has changed dramatically now. The majority of people in the United States do have negative views of Islam now. This is because the people who want to propagate that narrative have been working hard. They have been funding organizations, funding the publication of books, getting anti-Muslim messages on TV shows, and in general, they have been the only voices heard by most Americans. Muslims have been sleeping through this, or else simply watching in horror as the propaganda takes hold.

Here is what happens. Most people out there who do not like Islam or have a negative view of it are not going to do much, as most people mosey along through life and do not think about much other than their own concerns and preoccupations. However, talk-show hosts, editorial writers – what Malcolm Gladwell in The Tipping Point calls “mavens, connectors, and influencers” – are reading the negative books on Islam that are best sellers, such as Islamic Infiltration; Muslim Mafia; Muhammad: Founder of the World’s Most Intolerable Religion; Infidel’s Guide to the Qur’an; Why I am Not a Muslim; Infidel; Islamic Invasion – and a lot of these books are being sent to congresspersons and senators. The majority of people in this country do not read books or even newspapers, but many watch Fox News. They listen to talk-show hosts. They listen to Rush Limbaugh, Ann Coulter, and Bill O’Reilly. And these pundits have access to millions of Americans and for many of them, this is the only view of Islam they’re getting.

Now, you have some media figures, such as Keith Olbermann, who do attempt to present another view, but he and those like him are more often than not preaching to the choir. You also have court jesters who can speak the truth without losing their heads, such as Jon Stewart, and millions tune in to such programs, but such audiences are considered either pinheads or potheads according to the other camp. These shows do not reach the large segment of Americans who are conservatives (or even moderates) and who need to hear a different and more accurate portrayal of Islam. I don’t want to be Manichean about this, as many of the right-wing voices also address other issues that are necessary to address and are often ignored by the left. They are not hearing any counter voices because we have not made strategic alliances in the conservative community.

According to a recent study, over 50 percent of Evangelicals believe that people outside of Christianity can go to heaven, but only 34 percent of that same group believes that Muslims can go to heaven. There are millions of people out there who think that all Muslims are hell bound.

Among that segment of society, there are people whom the Qur’an terms sufahah. These are the fools, the idiotic people – the jahilun: people of ignorance, impetuousness, and zealotry. Every community has such people in it. The Muslims have them; the Jews have them; the Christians have them; the secular humanists have them. Every community has sociopaths or irrational people who may even slit the throat of a Bengali taxi driver because he said, “Yes, I am a Muslim.” Those people are going to be empowered increasingly. And people are more susceptible to new villains during times of economic hardship. As the unemployment rate rises and crimes increase, and people are looking for new targets for their aggression, why not a Muslim? Already, we’ve had “Burn the Qur’an Day” – will it be “Mug a Muslim Day” next?

Our choices are clear. We can sit here and watch all that is happening and think that things are fine. We can think to ourselves, “My neighbors are fine; everybody is nice to me at work.” But if that is what you think, you are living in a bubble. And your bubble is about to burst. I have been watching a trend that is getting worse and worse. And if something is not done, if there is nothing done to countervail, no other mitigating force, things are headed in a dangerous direction. Newton’s law of physics applies here as well: Bodies at rest will remain at rest, and bodies in motion will remain in motion, unless acted upon by an external force.

We have a body of messaging in motion, and it is hateful, it is effective, it is well-financed, and it is having its impact on opinions that were at rest before 9-11. The Prophet, God bless and grant him peace, said, cCivil strife is asleep, and may God curse the one who wakens it.” This hadith indicates that calamities are waiting to happen, and people’s passions are easily aroused. This is a recurring phenomenon over the ages and all around the world. Just ask a Bosnian refugee in America how his Serbian neighbors turned on him and his family after being friends for all their lives. This happened through a powerful and violent campaign of propaganda waged by Serbian nationalists allied with certain extreme elements in the Orthodox Church. The result was tragic, but people thought then as we do now: that could never happen here.

Unless there is another force out there to counter this, Muslims are going to wake up in a very different America, an America that has drifted far from its own admirable and noble ideals, and they are going to wonder what happened.

What happened was that you were asleep. Just like people slept before. People forget that the 1920’s in Germany was one of the most liberal periods. But there was hyperinflation, high unemployment, a lot of social problems, and before they knew it, they democratically elected fascists into power. The fascists did not seize power; they were democratically elected. Right now, we have several angry and hateful candidates in close races in the House and the Senate and even governorships. You can say, “Oh, well, they are only a handful of people.” But this is how it starts. And in hard times, people turn to demagogues. And they are waiting in the wings.

I plan on writing next about what Muslims can and should do to counter this wave of anti-Islam propaganda.

Be the first to comment on "When You’re a Statistic" 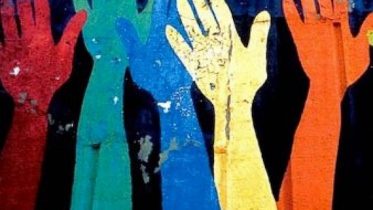 Yoginder Sikand Much has been written about conflicts involving religious communities across the world by journalists, academics and security ‘experts’. Although these conflicts have local…