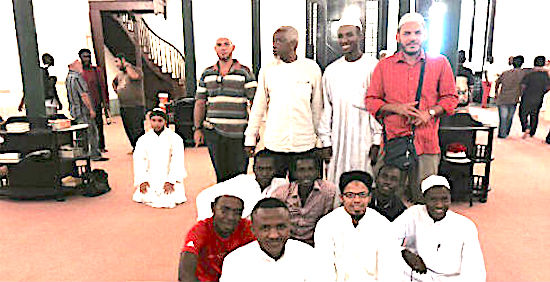 Havana: With no mosque in Cuba, a prayer hall has been opened for Muslims to fulfill their worship during the sacred month of Ramadan.

The Turkish Ministry for Religious Affairs (TDV) General Director Ismail Palakolgu has said in an interview with journalists that a prayer hall was established for the Latino Muslims in Cuba to perform their congregational prayers. This was done with the support of the TDV will be in place until a mosque that is currently under construction is completed.

The prayer hall that has been opened in the capital of Havana is the first time the Ramadan congregational prayer and Friday prayer are performed.  Palakoglu also noted that no mosque existed in Cuba, and that visiting Muslim dignitaries were given a place inside an old museum as a place of prayer.

The small Muslim community of the Latin American Island of Cuba can now perform their Tarawih and Friday prayers during the holy month of Ramadan.

As the Muslim world celebrates the holy month of Ramadan with joy and prayer, the Muslim community in the Latin American Communist country, Cuba, is experiencing their most joyful Ramadan after praying together in their new prayer room.

Cuba’s small Muslim community of nearly 4,000 people didn’t have a prayer room or mosque to perform their holy religious duty.

The Turkish Religious Foundation, or TDV, opened the prayer room for the Latino Muslims in Cuba, who had been performing their congregational prayers in houses or open fields.

“The prayer hall will remain open for use until the mosque in Havana, which is currently under construction with Turkish funding, is completed,” said Ismail Palakoğlu, the head of TDV.

The Muslims in Havana can perform congregational prayers there, such as Friday prayers, Tarawih and Eid Prayer, which must be performed in a proper mosque, he added.

The prayer room is located inside a historical building allocated to be used by Muslims.

The country only has a section inside an old museum, which is functioning as a mosque for non-Cuban Muslims, while the country’s local Muslim community is not allowed in. 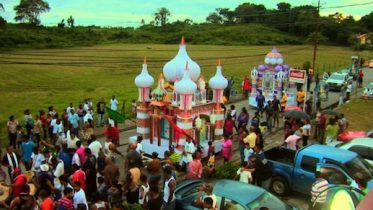 The quiet fishing village of Cedros in south-west Trinidad comes to life in Ten Days of Muharram, a documentary which unveils events of one of…