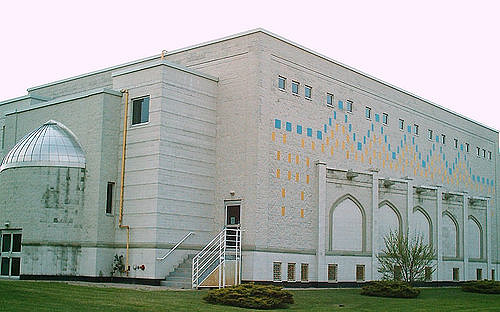 Taric Masjid Taric mosque in North York at the intersection of 400 and 401 in Toronto. founded by Trinidad Muslims in Greater Toronto Area

This research project sought to obtain information through a mailed questionnaire on various issues and problems encountered by Muslims of Trinidad ancestry in transition as they settle into the Canadian environment. The results indicate there is a core of non-negotiable elements which are held firm. For example: all respondents claim belief in the oneness of God and Muhammed as His prophet (–the testimony of faith that defines the Muslim); the Quran is the revealed word of God to Muhammad; acceptance of the Quran and some or all of the Hadith; there is life after death; angels exist; and that Christianity and Judaism are also acceptable to God. At the same time, several aspects of their religious practices appear negotiable, perhaps for survival or simply getting along in the larger society.

The frequency distribution of responses indicates, for example, that the socio-cultural environment in Canada tends to hinder the exercise of some basic injunctions. Political or governmental agencies may find it of interest to note concerns related to finding suitable education for children (including facilities for the imparting of Islamic instruction, Arabic and Urdu or Hindustani languages), obtaining proper burial sites, avoiding religious and racial prejudices. Also problematic are efforts geared at maintaining the extended family with parents and elders held in high respect. There is a disenchantment with the practice of arranged marriages, preferring pre-marital mixing of the sexes, dating and mate selection. The appeal of skimpy clothes, calypso dancing, pre-marital and extra-marital sexual affairs are also noteworthy. Respondents, while regarding themselves as less religious than their parents, see themselves as definitely more religious than their children, an obvious decline over generations. The cross-tabulations indicate that while the immigrants from Trinidad tended over time to modify their religious tradition and practices, their Canadian-born children (i.e., the next generation), caught between two cultures and no doubt experiencing tension between minority-majority cultures as they live in the culture of their parents at home but experience a different one in school, the neighbourhood and through the media, were influenced further by the dominant culture in attitudes to their religion and related issues and practices. Further, among the Trinidad Muslim respondents in Canada, the overall watering down in Islamic traditions and practices seems more prevalent among those respondents who are university educated, are professionals, and have high salaries, as anticipated by the tested hypotheses which are thereby confirmed. It is noteworthy, too, that by the second generation born in Canada, there is a swing-back (reversion) to enhanced involvement in their religion; and while interesting in itself, it seems to suggest a hope of rescuing and developing their ethnic identity and religiosity.

Be the first to comment on "Paper: Trinidad Muslims in Canada: A community in transition."

Muslim Arrival in Trinidad Muslims arrived in Trinidad on the very first voyage of indentured labourers from India. But the Muslim presence in Trinidad did…