ALLAHUMMA salli ‘ala sahibi al-taj, goes a famous Yemeni prayer — “Our Lord, bless the Owner of the Crown!” The “crown” is the turban, and its owner is the Holy Prophet Muhammad, upon him blessings and peace.

Shaykh Nazim al-Haqqani (ra) has the largest number of turban wearing Western converts of any Muslim guide in history.

‘Imama, the turban, has been the most distinctive vestimentary sunnah — “way of life” — of Islam since the beginnings of the Religion. ‘Abd Allah ibn ‘Umar said: “The Prophet used to wind the turban around his head and tuck it in behind him, letting its extremity hang down between his shoulders.”

Turbans were worn even before Islam and signified a man’s honour. An Arab saying goes, “Turbans are the crowns of the Arabs”. This was explained to mean that although the pristine Arabs were too proud to accept a king’s rule over them, and therefore had no crowns other than their turbans.

The early Muslim way of wearing the turban consisted in two pieces of headdress: the qalansuwa or borderless hat of varying thickness, and the ‘imama, the actual turban cloth wound around the qalansuwa. Abu Dawud mentioned in his Sunan that the Prophet is related to have said, “The difference between us and the pagans is that we wear the ‘imama on top of the qalansuwa.” Thus, wearing either exclusively of the other was originally a foreign practice.

The material of the turban is ideally white muslin, a very fine cotton. I have not seen it in Brunei Darussalam but presume it could easily be imported from India. The colours and length of the turban vary. In the chapters on the Prophet’s turban in the books of the “Prophetic Characteristics” known as Syama’il, the authorities have mentioned seven and 10 yard lengths as the two standards. However, as long as one can at least wind the turban around once, its length suffices, while great Shaykhs of the past have been known to wear large and heavy turbans exceeding 10 yard-lengths by far.

All of the founding Imams of the four schools of Ahl al-Sunnah wal-Jama’ah wore the turban. In their biographies of the founder of the Hanafi School, Imam Abu Hanifah — famous for his awesome analytical mind — al-Suyuti and al-Haytami relate that he owned seven turbans, perhaps one for each day of the week.

The founder of the Maliki School — which dominates most of Africa today — Imam Malik ibn Anas always wore beautiful clothes, especially white, and he “passed the turban under his chin (a style known as tahannuk), letting its extremity hang behind his back, and he wore musk and other scents,” said one of his students.

Malik stressed the wearing of the turban, particularly for the learned. “The turbans should not be neglected,” he said. “I wore the turban with nary a hair on my face. When I asked permission from my mother to pursue the scholarly life she said: ‘First, wear the garb of the scholars’; she took me and dressed me in short-hemmed (mushammara) garments, placed a tall headcover on my head and tied a turban around it then she said, ‘Now go and write the Science’.

“I saw over 30 men wearing the turban in my teacher Rabi’a’s circle. He would not put it down before the Pleiades rose (late at night) and he used to say: ‘I swear it strengthens wit!”‘

Baring the head in Islam was the sign of a man of low condition and is listed in many a manual among the “acts which betray lack of self-respect” (khawarim al-muru’a). A scholar relates that as a young man, one day, he entered the mosque in Madinah without anything on his head whereupon his father scolded him to no end. “How dare you enter the mosque bare-headed?”

It was a different matter, however, if the same was done out of humility, as revealed by the wording of a question that was put to one of the eight-century authorities in Syria: “Is it all right if people gather in the mosque, making zikir and reading al-Qur’an, praying to Allah and taking their turbans off their heads, weeping, as long as their intention is not pride nor self-display but seeking to draw closer to Him?” he replied yes.

The illiterate Shaykh ‘Ali al-Hajjar was described as “the Bare-Headed, the saintly man” but another Egyptian, the stern Ibn Daqiq al-‘Id, said: “What is carried on top of the head should not be put down” — at least, not on the floor.

Imam Muhammad ibn Idris al-Shafi’i, founder of the School which bears his name and dominates large parts of the middle East and the totality of Southeast Asia, “was thrifty in his dress and wore thin clothes of linen and Baghdadi cotton. He sometimes wore a headcover that was not very tall but he wore the turban very often”, said one of his students. “I counted three hundred turbans in his circle save those I could not see.”

Another said: “Al-Shafi’i used to wear a large turban, as if he were a desert Arab.” Both he and his student, the Imam of the Hanbali School, Ahmad ibn Hanbal, passed it under his chin the way the North African Touareg and many Sudanese do to this day.

Such is the high nobility of the turban that we are told even the angels wore it. Of the Qur’anic verse, “Your Lord shall help you with five thousand angels bearing marks” (Surat Ali ‘Imran, verse 125), Ibn ‘Abbas, the greatest of the early exegetes, said: “The signs are that they wore turbans.”

Be the first to comment on "The turban tradition in Islam" 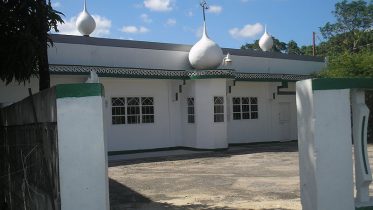 Iere Village is a small village in southern Trinidad, north west of Princes Town. Though small in size the village is rich in history. It…