In this talk in the YouTube video above, Abdullah Hakim Quick comments upon the scrouge of racism from the perspective of the teachings of God as revealed in the Quran and the history of the dehumanization of Africans.  The presentation was delivered at the Islamic Institute of Toronto (IIT) on June 5th, 2020, hosted by Farhad Khadim, Director of Education, Farhad was born in Guyana.

Abdullah Hakim is of African American, Caribbean (Barbados), and Mohawk (Native American) descent. He was born in Cambridge, Massachusetts, and grew up in Boston. He converted to Islam in Canada in 1970. He graduated from the College of Da’wah and Islamic Sciences, the University of Madinah in 1979. He later completed a Master’s Degree and a Doctorate in African History at the University of Toronto in Canada.

“Amy Cooper gave us a glimpse how the system works for the white against the black. A white female broke the law by not putting a leash on her dog in a place where she supposed to do so. A black male advised her in a very civilized way to leash the dog. Next “the superior” white woman felt he is out of his place to tell her to do the right thing. To add that he had the audacity to be filming her! She aggressively dashed towards him to stop filming her! He calmly told her don’t come close to me! She suddenly remembers her trump card that worked for the whites against the blacks “the justice system” or rather the injustice system. The infamous 911 call (an African American man threatening my life ) wow! If there wasn’t a recorded video and if the police had arrived and met the two, Christian Cooper, could have been another Floyd or a long term in jail.

If we can’t see how hard it is to be a person of colour and make it a society like this, or in any society that practices racism, then something is wrong in how we see things. In most cases, people of colour had to work twice to earn the same wages that a white person gets. Blacks have come a long way in different fields and they are still fighting to succeed. Community leaders are doing a lot to contain drugs, gun violence,  and the impact of broken homes.  Even the Nation of Islam under Elijah Muhammad had done a lot to uplift his followers.

Allah said in the Qur’an chapter 4.135 ” O you who believe! Stand out firmly for justice, as witnesses for Allah, even though it be against yourselves or your parents or your relatives, whether in the case be of a rich man or a poor man, for Allah can best protect both. So follow not personal inclination, lest you not be just.  And if you distort your testimony or refuse to give it, verily Allah is well-acquainted with all that you do”.

Is one thing when a community has socioeconomic and security matters that made some of its members very dysfunctional and entirely another matter when an institution designed to serve and protect everyone is turned into an instrument to kill and jail the same dysfunctional society and then blame them and their leaders for the sorry situation they are in. Mixing these two is it fairness and justice?

There is another side of the story we are missing. The alleged $20 counterfeit bill. A sensible police officer will rather find out if he has a machine making counterfeiter or has a connection with one who does that or he was himself an innocent recipient of it? From all indications, he was an innocent recipient. The fact that he stayed in the vicinity of the supermarket even after two employees came and asked him to return the cigarette.

Idiocy to the highest level for the police, for a mere $20 counterfeit bill, to send four officers resulting in an escalation that ended in death. Repeat, four police officers to arrest a man for a $20 counterfeit note. Is that proportional?  Lives have been lost or shattered, businesses worth millions if not billions, now destroyed,  the killer cop’s wife divorced him. They were fired, onto a lengthy and costly court case. Someone may argue that it is the principle involved, not the dollar amount lost. How many of us will offer that amount just for the sake of peace? Unfortunately, it is a culture based on abuse of power that the rest of the world following.” 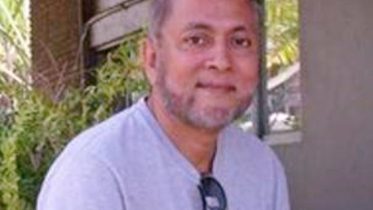