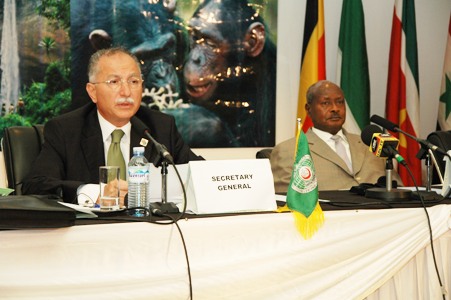 The 35th meeting of the Council of Foreign Ministers (CFM) of the Organization of the Islamic Conference (OIC) kicked off on June 18 in Ugandan capital, Kampala. The Surinamese delegation to the Kampala meeting is headed by Mr. M. Rafik Chiragally. Ms. Bell of the Surinamese Ministry of Foreign Affairs accompanied Mr. Chiragally who heads the OIC office in Paramaribo. According to the Surinamese Mission to the United Nations, Paramaribo attaches great importance to the OIC, the second largest multi-lateral organization after the United Nations. Suriname is also a member of the Islamic Development Bank (IsDB), and the Islamic Educational, Scientific and Cultural Organization (ISESCO).

Neighboring Guyana, also a member of the OIC most likely did not senda representative to the meeting. Efforts to confirm whether or not Guyana is attending the CFM meeting from Guyana’s Ministry of Foreign Affairs and its Mission to the United Nations were futile. Sincetaking office, Guyana’s President Bharrat Jagdeo has paid little attention to Guyana  once vibrant ties with the Islamic World. President Jagdeo’s promise to visit the Middle East three years ago hasn’t bear fruit. Guyana recently appointed a Consul in disputed Jerusalem.

Be the first to comment on "Suriname Attends OIC Uganda Meeting" 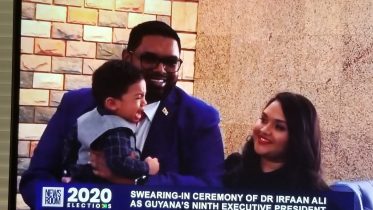 After 500 plus years of history in the Caribbean region prior to Columbus’ genocidal invasion, as navigators on Columbus’ journeys, as enslaved Africans and indentured…