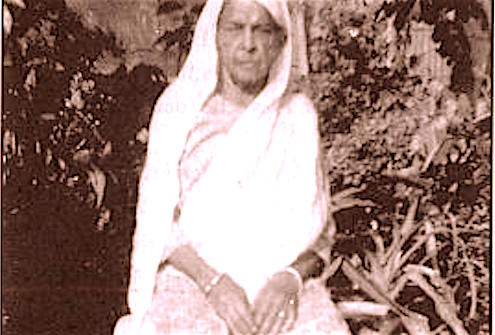 Sahidan, who was born in Trinidad, can best be described as a pioneering business woman at a time when the role of most women was that of the submissive subservient housewife. This woman, mother of seven, three sons and four daughters, decided that working for other people was not in her family’s best interest or welfare.

She was married to Gooljar Baksh, an Indian immigrant youth who rebelled against his new land and surroundings away from his homeland, India. The uncertainty of her husband’s life goals in the rural district of Poole, did not deter her in any way as she was determined to look after herself and take care of her children. In the mid-thirties she moved to San Fernando and after being employed for sometime she decided to open her own small business. She rented a small space at the Corner of Corsby Lane and Coffee Street.

She had the foresight that many of her contemporaries lacked; either from being satisfied in their plight or happy in their present state. She launched her business to meet the growing needs of the city dwellers of San Fernando. The need for coal (she procured the best mora coals) and local provisions were in great demand. She capitalised on this promising situation and provided excellent service to her customers while making a comfortable and honest living. Her grand daughter who lived with her called her “Nani” and so Sahidan was known to all her customers as “Nani”.

Sahidan was a “no-nonsense” lady both in her business and in her personal life. She treated everyone with respect and she was accorded the same in response. Her relationship with some of the more affluent grocers was so good that during the war years (1939 to 1945) she was able to procure rationed food in enough quantities (above her quota) to supply her children. This love of family togetherness was as a result of direct influence of her father  Peerally and her mother Kosemeea. With all of this ‘hustle and bustle’ she never forgot her religion. An attestation to this was that each year she would invite “Langra” Meah to her small apartment business place where he would  read the whole Quran while she listened. Life for her was not a bowl of sugar as there were many bitter and sour moments. Sahidan represented a generation of women of her time which is a classic example of how she managed life in a new and sometimes cruel social environment. What she learned from her parents and her own desire to make this new land a better place, not so much for herself, but for her children and grand children, she was a great success. We who have had the privilege of knowing her have some how inherited some of these ideals. Being an astute personality, she quietly influenced her daughters into business and they too were successful.

One of her daughters must have inherited some of her ingenuity as she became the pioneer and founder of what is today has become a thriving business not only in Trinidad and Tobago but in over three continents; that is the roti making business. Sahidan was not only a housewife and devoted mother but she also demonstrated entrepreneurial capabilities as her business grew and so did her assets. She was a good example of this country’s womanhood, their rights, equality and independence. She was, perhaps, a perfect follower of the Prophet’s wife Aisha (RA). Pictured below are three of Sahidan’s sons, the grandsons of Peerally, the label below the picture is incorrect. 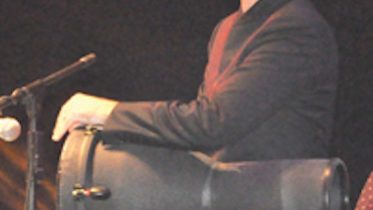 Am guessing that you would think I would say that the Sami Yusuf concert was spectacular…and guess what…it was…SPECTACULAR. What a Performer…What a Performance!!! Unforgettable…