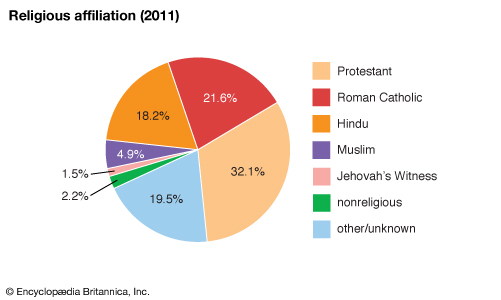 Religion has always been central to Indian life. As D.N Vidyarthi put it (from ‘130 Years – Challenge and Transition’):”Whatever else our ancestors might have left behind them as they embarked on their great adventure, they did not neglect to transplant their religious customs and traditions. The crucible of immigration, however, was happily responsible for the removal of much that elsewhere made for the unnatural stratification of community life.”

The impact of transportation to the other side of the world and the conditions of estate life shared in common made for a situation where in the 1930s, just fifteen years short of the 100th anniversary of the commencement of Indian indentureship, L.F. Seukaran, politician and later elder statesman, could remark: “Here, fortunately for us, Hindu, Muslim and Christian Indians enjoy unfettered social intercourse. There is much tolerance of one anther’s religious viewpoint and practices, and even among the various religious groupings, sectarian differences do not seem to cut deeply into social relationships.”

In the early days of indentureship, Hindus predominated in the ratio of nine to one. 100 years later, after the Second World War, that ratio had changed to roughly seven to three. With Hindus at 67%, Christians at about 16% and Muslims at 15%. In 1931, the Indian population stood at 138,667, made up as follows:

By the turn of the century, the main Hindu groupings were the Sanatan Dharma, the Arya Samaj, the Kabir Panth and the Sewnarines. The Sanatan Dharma Association was established in 1881 and received legal recognition by an act of legislative in 1932. It president at the time of its incorporation was the Honourable Sarran Teelucksingh, trade unionist and elected member of the Legislative Council.

From the earliest times of Indian immigration to Trinidad, Muslims arrived. For many years, their only contact with their Mohammedan brothers and sisters in India was through the steady stream of immigrants. There were progressive minds amongst the first to come, for within a short time, efforts were made to erect mosques to which were attached ‘maktabs’, schools for the teaching of Urdu and Arabic, where children could learn about Islam.

Later, the Muslims in the various districts formed themselves into ‘Jamaats’, and by a gradual process leaders arose from their midst. One of the most outstanding of these was Syad Abdul Aziz. Educated and progressive in outlook, he was responsible for the formation of the Islamic Guardian Association, which during its career did very useful service among Muslims. Other remarkable leaders were Hadji Rukmudeen Meah, Abdul Ghany and Gokool Meah. Christian Indians by the 1930s represented about 16% of the total Indian population The 1931 figures are as follows:

Under indentureship, Indians were influenced by Christianity. The estate owners were Christians, and so were the foremen, both black and white. The acceptance of the Christian faith was often accompanied by opportunities which inevitably led to education and improved social and economic status. Lionel Seukaran writes:

“But the faith of their fathers was so well ingrained in them, that it was with the greatest difficulty that conversions could be made. When our people came, they found two well-established Christian denominations, the Roman Catholics, here since Spanish times, and the Anglicans since the conquest of the island in 1797. There were some Presbyterians from Scotland and the U.S.A. It would seem, however, none of these considered seriously the possibility of converting Indians in large numbers to their faith.”  (Source: Indian Centenary Review 1945 by M.J. Kirpalani, M.G. Sinanan, S.M. Fameshwar, L.F. Seukaran)

“It was not until well over two decades after the first immigrants set foot on Trinidad soil that a Canadian clergyman, here on a health trip, conceived the idea that a mission could be established which could devote itself exclusively to the Indian community. The story of the coming of Dr. John Morton and, later, of Dr. Kenneth J. Grant, is well knwon. The Canadian Mission to the Indians of Trinidad was established in 1868, and from the very beginning the pioneer missionaries realised that in order to reach the minds of our people they would have to concentrate on education.

The evangelical work of the Canadian Mission went side by side with the educational work, but at a much slower rate. Dr. Morton opened his Mission at Iere Village, near Princes Town, but he soon realised that San Fernando was a more important centre from which his Mission could spread in all directions. San Fernando became the headquarters, a position which has been maintained up to this day. Princes Town soon became the second centre. Later Couva was made the third centre, and as the Mission spread out all over the south of the island, Dr. Morton decided to go north and he spent the latter part of his life in the Tunapuna field.

From this can be seen that this Mission has spread its arms to embrace almost the whole island and there is no part of rural Trinidad today which escapes its influence.” 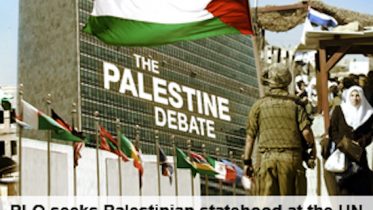