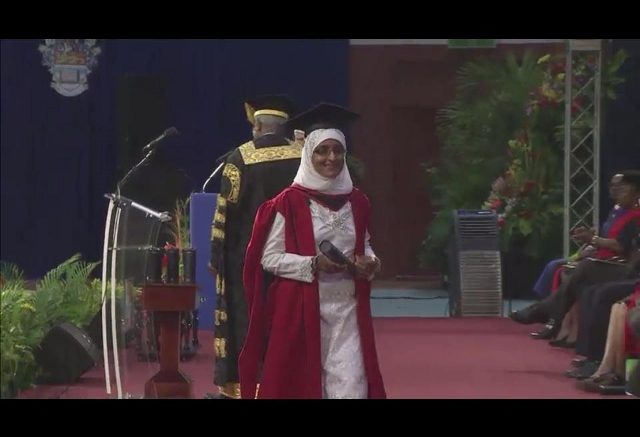 Dr Hajra Degia after being conferred with her Doctors of Philosophy by Sir George Alleyne, Chancellor of the University of the West Indies.

Bridgetown, Barbados: Around a dozen Muslim students were among the graduates this year making that among the highest number of Muslims to graduate in one year from the Cave Hill Campus. Among this group were 3 First Class Honours in the Bachelor of Arts Degree.  Topping the list of Muslims graduating was Dr. Haajima (Hajra) Degia receiving her Doctors of Philosophy in Sociology.  Her work was on the Indo-Barbadian Identity. First of its kind for a female Muslim at the Cave Hill Campus. The other Muslims graduated in various fields including, Engineering, Social Sciences and Science.

Close to 2,000 students graduated from the University of the West Indies, Cave Hill Campus, Barbados last Saturday, making it the largest class in the past five years.  Some 1,606 at the undergraduate level, while 368 at the postgraduate level.  Additionally, 154 of the undergraduates achieved first class honours.

The University of the West Indies has campuses at Cave Hill in Barbados, St. Augustine in Trinidad and Tobago and Mona in Jamaica. 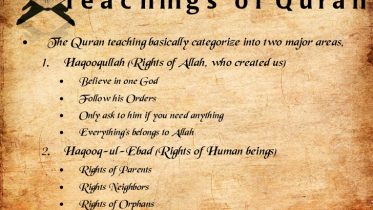