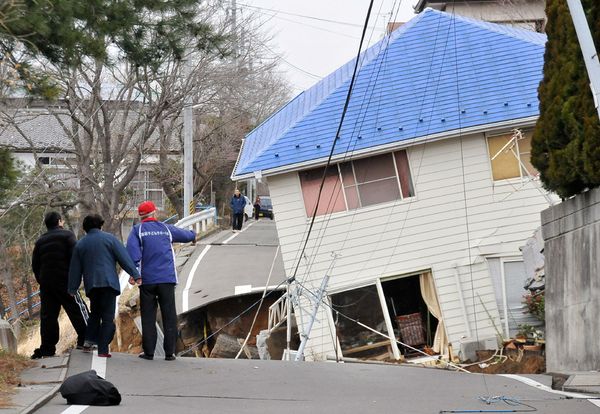 After the horrific earthquake and tsunami in Japan, I felt compelled to say something about the theme that was chosen for Habib Umar’s tour – “Tranquility Amidst Turbulence – A Prophetic Message for our Times.”

This 8.9 magnitude earthquake was caused by a megathrust, i.e. one tectonic plate shoved or thrust under another. In this case, it took place 15 miles beneath the floor of the sea causing a rupture 186 miles long and 93 miles wide. It caused at least 80 aftershocks some measuring 6.9 in magnitude.

Although this all happened 80 miles off the coast of Japan, the most prepared nation in the world when it comes to earthquakes, it caused a series of massive tsunamis which sent waves slamming into towns and villages along the coast, destroying lives and property at a scale that the nation is still trying to fathom.

The energy alone that this earthquake radiated is almost equal to one month’s worth of energy consumption in the United States. It’s force was so strong that it moved the island of Honshu 8 feet to the east according to U.S. Geological Survey geophysicist Ken Hudnut. And a significant detail we can’t afford to overlook is what NASA observed. This quake sped up the earth’s rotation by 1.6 microseconds.

Why is this detail significant for Muslims? It has to do with an important Hadith that can be found in the Sahih of Imam Al-Bukhari pertaining to the Signs of the End of Times. Abu Huraira reported that he heard the Messenger of Allah say that “the hour will not come” until two big groups fight each other, the coming of 30 Dajjals claiming to be God’s Messengers, the removal of religious knowledge on account of the death of ‘Ulema. The Prophet, peace and blessings be upon him, then said, “wa takshuru al-zalazil” and earthquakes will increase. Immediately following this sentence he said “wa yataqarabu al-zaman” and time will decrease. First, everything about the Signs of the Time are literal. They are not figurative or metaphorical. Second, there is a relationship between the two signs.

Some translators have rendered “wa yataqarabu al-zaman” as “time will pass quickly” perhaps because they assume that time is a fixed entity. However, Allah created time and He can increase it or decrease it and we know from many ahadith that this happened in the lifetime of the Messenger of Allah, peace and blessings be upon him.

At the NASA Jet Propulsion lab in California, scientists observed that the Sumatra earthquake of Dec. 2004 measuring 9 in magnitude caused a shift of the earth’s axis by a whole 3 inches. This in turn caused the earth’s rotation to speed up thus shortening the day by 6.8 millionth of a second (NASA’s scientists can measure a day to 20 millionth of a second). Add to this the impact of the Chile earthquake which shortened the day by an estimated 1.26 millionth of a second. And now the impact of Japan’s earthquake will cause a further shortening of the 24 hours day we take for granted. This might not keep you up at night but scientists worry it can affect animals and insects and in some cases disrupt the GPS (Global Positioning Systems).

While science tries to digest and interpret these events as natural disasters for us, believers need to have awe of the majesty of God’s power.

With Habib Umar’s visit we have the opportunity to witness the tranquility that accompanies a servant who submits his will to the Will of Allah and the dazzling spirit of sakina that radiates from a scholar determined to walk in the footsteps of the Messenger of God ﷺ. 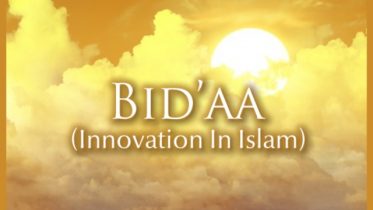 A guiding, knowledgeable word regarding bid`ah and its rulings ←Click here for paper By Shaykh Wahbī Sulaymān al-Ghāwijī Translated by IPSA students under the guidance…