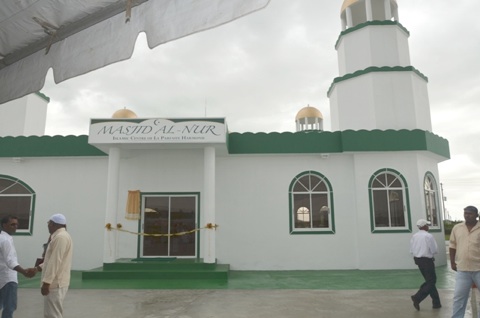 Mrs Sahidan Ramroop cuts the ribbon to open the masjid, built by her son Bobby Ramroop who is to her left 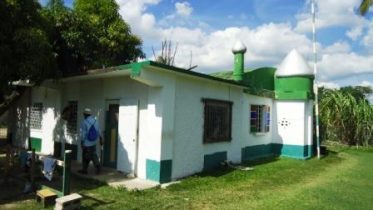 This masjid is located in Spanish Town, Jamaica.  It was built in 1957 by an Indian immigrant Mohammed Khan.  His son Naim Khan is the…