Is it right for a Muslim to behave violently against a non-Muslim who says bad things about Prophet Muhammad (peace be upon him-pbuh); or tries to humiliate him in the form of a cartoon, etc.?

During the time of Prophet Muhammad (pbuh), especially when he had just started to preach Islam to the people, a lot of people were against him. As a matter of fact they wanted to kill him.

Like this we will find in many places some of the non-believers in Islam will be hostile to Muslims. Allah informs us about this in the following verse of the Holy Qur’an:

They, (the non-believers) would behave as enemies to you, and stretch forth their hands and their tongues against you for evil. They desire that you should reject the truth. (60:2)

On many occasions the Quraish tried to physically destroy the Prophet (pbuh) and all the Muslims, but the Prophet (pbuh) did not retaliate; he did not seek revenge, nor was he inclined to punish those who behave unkindly towards him and his companions.

Be thou be patient; for thy patience is but from Allah; nor grieve over them; and distress not thyself because of their plots; for your Lord is with those who restrain themselves; and those who do good. (16:127-128)

Patiently persevere; as did the messengers of inflexible purpose; and be not in haste about them. (46:35)

A Muslim has to always keep in mind the following:

·    Allah says: Be steadfast in patience; for verily; Allah will not suffer the reward of the righteous to perish. (11:115)
·    Show tolerance: Allah says that a believer should always keep in mind the following verse: For you your religion, and for me mine. (109:6)

A Muslim must always keep in mind that many non-Muslims do not know Islam, and they are fed negative headlines all the time; so that when they show some kind of aversion or anger to Muslims they are to be pitied and not hated; attempts should also be made to educate them about the truth of Islam.

Be the first to comment on "BE PATIENT, LEAVE THE IGNORANT WITH GREETINGS OF PEACE" 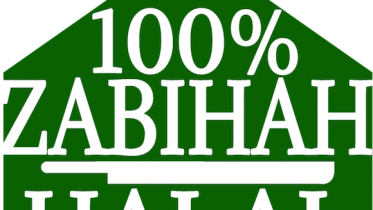