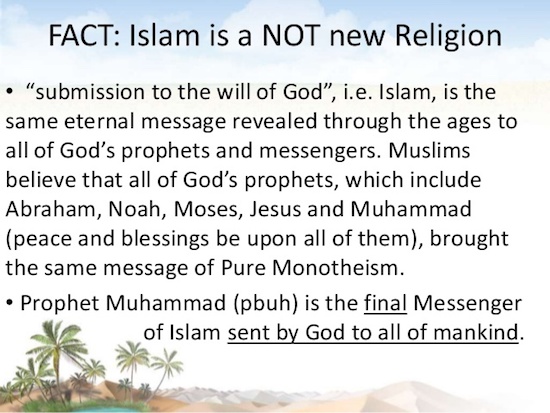 In the Name of Allah, the Beneficent the Merciful

As salaamu alaikum, peace be upon you.

All Praise is for Allah the Lord of the Worlds.

It is indeed an honour and a privilege to have the opportunity to address this audience of the Department of Sociology at this function, to mark the occasion of ‘Id ul Fitr, which was commemorated two weeks ago when the month of Ramadan ended. And it is so good to see the academic community in the Republic of Trinidad and Tobago interested in Islamic affairs.

There are those who say that Islam is the last of the great monotheistic religions, coming after Judaism and Christianity, and many Muslims are happy to hear that. However I wish to take this opportunity to put this idea to rest, in fact put it in the grave.

Islam is the final manifestation of the original message from the Creator of the Universe to the humanity and this began with Adam (peace be upon him). When mankind strayed and forgot who is the Lord of the Universe, this message was renewed from time to time, and brought by men like Noah, Abraham, Jacob, Moses and Jesus (peace be upon them), among others.

This final renewed message was brought by Muhammad ibn Abdullah (pbuh), and the fundamental statement is “O mankind, worship the One God, you have no other god but Him.” In the language of Arabic the name of the One God is Allah.

This message was revealed to Muhammad (pbuh) in Arabia early in the seventh century CE and during the twenty – three years of revelation which followed, what was delivered was memorized and eventually compiled as the Qur’an.

The message is all embracing and in the early stages some of the persons who became the close companions of the prophet were other that Arabs, like Bilaal from Abyssinia, Salman from Persia, Suhayb from Persia etc.

Those who are aware of the history of the region will know that the message of Islam entered the space of Trinidad and Tobago in the late eighteenth century CE, when the Spanish government encouraged French planters to take up residence in Trinidad under the Cedula of Population of 1783 CE.

Trinidad was seized by the British in 1797 CE and names like Muhammad Jonas Bath and Muhammad Sesei were part of the Muslim population of Port of Spain. These were two Afrikan slaves who became leaders in the post slavery period.

The message of Islam had entered the Afrikan continent, when number of Muslims sought protection in Abyssinia, from the Negus to avoid the persecution of their Arab brethren, who opposed the Prophet Muhammad (pbuh) and his supporters.

Over the last years of the life of the Prophet, and especially the last ten, Islam spread rapidly and by the time of his death most of the people of the Arabian Peninsula, had embraced the message. The successors of the Prophet used their missionary zeal to carry their understanding and vision out of Arabia.

The influence of Islam went into Egypt and across North Afrika, Syria and Persia, and by 711 CE Tariq bin Ziyad was crossing the Mediterranean Sea to Spain, and the island in the waterway was named Jabal Tariq (mountain of Jabal), now anglicized to the Rock of Gibraltar.

By the eleventh century CE, Islam was spreading in West Afrika and Bilad us Sudan (Land of the Blacks) was the land from Atlantic Ocean to the Red Sea, from Senegal to present day Sudan. In 1324 CE the then leader of Mali, Mansa Musa made his famous pilgrimage to Mecca.

By the time the European slave trafficking was at its peak during the 16th to 18th century CE, Muslims were a major portion of the population of Bilad us Sudan, from where many slaves were taken, and some historians estimate that 10 to 15 percent of Afrikan slaves were Muslims. However, there were very little or no opportunities to pass on their way of life to their descendants, in the colonies of the Americas and Caribbean.

From the time of the Prophet Muhammad (pbuh) to this 21st Century CE, the message of Islam has reached every continent, in a number of different ways and has impacted on every society, directly and indirectly.

Some societies have embraced the message fully, and some are still coming to terms with their encounters with the understanding that Islam expresses, and as the norm with every message from the Creator, there are some rejecting and opposing the way of life.

From Malaysia and Indonesia in the Pacific, China, India, Russia, Asia Minor (sometimes referred to as the Middle East); Eastern and Western Europe; East, North and West Afrika; there are countries with Muslim majorities and others with significant Muslim minorities.

Islam has been spread by preachers, teachers, merchants, by military personnel, slaves and indentured labourers.

In the Americas and Caribbean, there are growing Muslim communities who are using the same call as all the prophets, their supporters and followers: “O mankind, worship the One God, you have no other god but Him.”

Allah says in the Qur’an 30:22, “And among His signs is the creation of the heavens and the earth and the variations in your language and your colours, verily in that are signs for those who know.”

Muslims guide their lives by the directives of the Qur’an and the example left by the final Messenger, Muhammad (pbuh). This means that there is some level of standardization however, geography, history and social conditions play a large part in the evolution of different Muslim communities.

For example, no Muslim cuisine will include pork or alcohol, but it does not mean that all Muslim foods are the same, since there are differences in taste among different people.

The dress code for men and women require modesty in clothing and this is referred to as hijab. Hijab is not the head covering of the Muslim women but the state of being properly clothed, even for men.

The principles of Islam have always encouraged open-mindedness and thinking. On issues that are not revelation from the Creator, nor directives from the Prophet, the community has the obligation and the responsibility to seek the best answers which do not violate the standards of Islam.

The call to mankind since the creation has been a singular, clear one and a firm reminder of submission to the Lord of the Universe. “O mankind, worship the One God, you have no other god but Him.”

Notes of a speech delivered on Thursday 22nd August 2013 at University of West Indies at a joint celebration of Emancipation Day and Eid ul Fitr hosted by the Faculty of Social of Sciences. 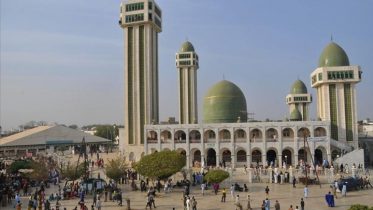