Yasin Abu Bakr, leader of Jamaat ul Muslimeen (JAM) of Trinidad was interviewed by Ian Alleyne. Alleyne produces and hosts a popular TV show Crimewatch.  JAM, led by Abu Bakr attempted to stage a coup to overthrow the Trinidad and Tobago in July 1990.  During the attempted coup, the elected parliamentarians were held hostage, the Prime Minister ANR Robinson was shot in his legs, and one parliamentarian was killed in addition to 23 other citizens. The validity of an amnesty to end the uprising was upheld by the Privy Council in UK (Trinidad’s final court of appeal).  The interview was conducted in the context of street protests in Trinidad against police killing of 3 individuals.  Abu Bakr’s son was arrested by the Police during the protests.  In these circumstances,  the population of Trinidad becomes anxious of a repeat of the activity of July 1990. 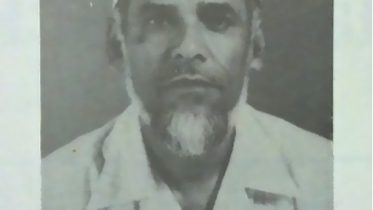