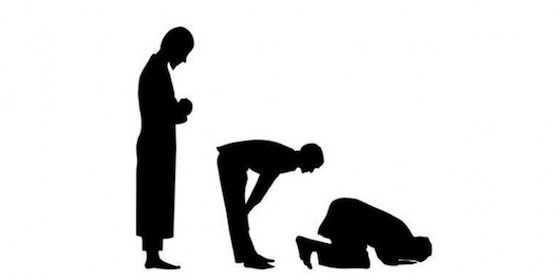 Last week spoke of the favours Allah  has granted to the believers, and that is the sending of the Messenger .  Another beautiful favour He has bestowed upon us is the ability to individually meet with Him.

Even amongst human beings it is sometimes difficult to meet with them.  And there are at times so much protocol in order to be able to have a meeting with some of the dignitaries.

But look at how favourable Allah  has been to us.  He has allocated times for each believer everyday to meet with Him.  He has given us ‘appointments’ where we can worship Him; speak to Him and let Him know of our complaints, needs and desires. This is the great blessing of salaat [prayer].

Every believer has an appointed time where he can speak face to face with the Creator.  And there is no big set of protocol to adhere to, just purify yourself before Salaat and that’s it.

Salaat has tremendous benefits, both in this life and the next.  Unfortunately there are situations where some pray their salaat but they do not get the true message of it. For such people,  Salaat is looked at as a sort of ritual.

What Allah  wants from His servants is for us to lose our identities in front of Him by demonstrating total submission to Him.  If someone is worshiping sincerely and still possesses some traces of arrogance then something is wrong.  He did not get the true message of prayer.

Salaat teaches you humility.  For example in sajdah [prostration] we take the highest part of our body and rest it on the ground, and we acknowledge that Allah  is The Highest; ‘Subhana rabbiyal aala’ – Glorified is my Lord, The Most High.

Allah  has given us the example of Satan to teach us about arrogance.  Satan refused to prostrate when he was ordered to and he was expelled from the Garden and is forever cursed.  Salaat is meant for us to ‘hammer out’ the unwanted qualities we possess in our personalities, and only then one would have benefited from it.  Salaat is a discipline and that is why only Muslims are blessed with this institution.  The past nations were given this favour but they demonstrated arrogance.  For example Allah  speaks of the refusal of the Jews to prostrate in Surah Baqara. Allah says:

‘and remember We said: “Enter this town, and eat of the plenty therein as ye wish; but enter the gate with humility, in posture and in words, and We shall forgive you your faults and increase (the portion of) those who do good.’  (2:58)

Prophet Muhammad  [ﷺ uwbp] humbled himself sometimes for an entire night in front of his Lord.  And even when he dealt with the disbelievers he demonstrated humility.  For example when he encountered to old woman who was leaving Madinah due to the ‘rumoured’ confusion that Muhammad  was causing.  Not only did he tolerate the words the woman had to say concerning him but he also helped her carry her bags to the gate, demonstrating total humility.  This type of humility some of us are lacking in our personalities.  At the end of the day each of us will be going in a similar hole. In the ground. And we would not be able to take our wealth and status in the grave.  Learn to humble yourself.  Forget the ‘I am this’ attitude.

If you are on the spiritual path you have to lose your identity in front of your Lord. Once a great Shaikh asked Allah  how can a person attain closeness to Him.  The answer he got was simple; ‘leave your nafs and come’.

Control your desires and eradicate your ego.  The Companions were the best in demonstrating this and as a result they prospered. They learn’t to say ‘Allah  and His Rasool ’.  Even though they knew the answer to a question posed to them, they always replied ‘Allah  and His Rasool  know best’. And one time a few of them demonstrated they materialistic cravings during the battle of Uhud and the Prophet  [uwbp] was placed in great danger so much so that he could have lost his life.

When you think only of yourself you will suffer.  Allah  shows us this with the selfishness and arrogance of Satan.  Discipline yourself.  Put your affairs in Allah’s  care and you will receive so much blessing.  This is why the 5th stage in spirituality is called ‘realization’.  When you realize that you are nothing and that Allah  is everything, you will understand that your importance is solely because of His Mercies on you, and that your success is because He has been gracious to you.  He once told Prophet Musa (as), “O Musa! Ask Me for everything, even the mending of your shoelace”.

Every time you think of yourself say or feel some sort of arrogance building say ‘A’udu billahi min-ashaytan-irrajiim’ – I seek refuge in Allah from Satan, the accursed’.  Put your faith and trust in Him and insha Allah He will take care of your affairs in this world and the next. 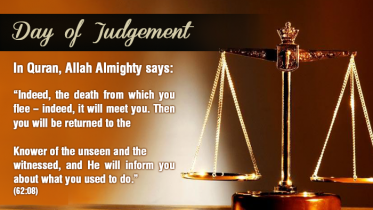 “Know ye (all), that the life of this world is but play and amusement, pomp and mutual boasting and multiplying, (in rivalry) among yourselves, riches…