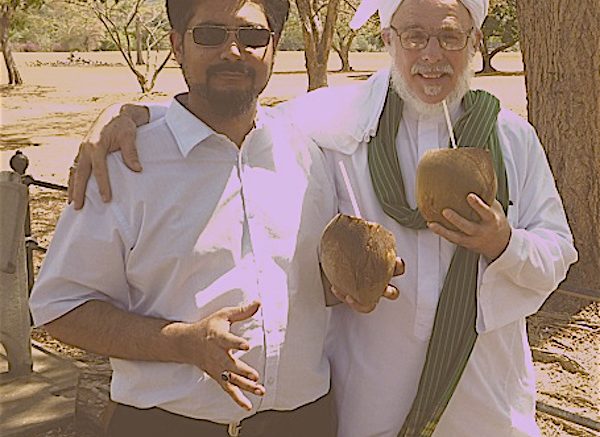 Between March 26 and April 7, 2010 Nazim Baksh, a Guyanese-born award-winning Canadian Journalist, accompanied Dr. Umar Faruq Abd’Allah, an American Islamic scholar and author, on a historic fact-finding trip to the Caribbean.  Their first stop was the twin-island nation state of Trinidad and Tobago where they held discussions with some of the country’s leading Muslims scholars, Imams, activists and academics.  Dr. Umar was also interviewed on Trinidad’s Islamic Broadcasting Network [IBN].  The subject matter was wide ranging, the interview is presented to you in nine parts.

Dr. Umar Faruq Abd-Allah (Wymann-Landgraf) is an American Muslim, born in 1948 to a Protestant family in Columbus, Nebraska. He grew up in Athens, Georgia, where both parents taught at the University of Georgia.  Shortly after coming to Cornell, Dr. Abd-Allah read The Autobiography of Malcolm X, which inspired him to embrace Islam in early 1970. In 1972, he altered his field of study and transferred to the University of Chicago, where he studied Arabic and Islamic Studies under Dr. Fazlur Rahman. Dr. Abd-Allah received his doctorate with honors in 1978 for a dissertation on the origins of Islamic Law, Malik’s Concept of ‘Amal in the Light of Maliki Legal Theory. From 1977 until 1982, he taught at the Universities of Windsor (Ontario), Temple, and Michigan. In 1982, he left America to teach Arabic in Spain. Two years later, he was appointed to the Department of Islamic Studies at King Abdul-Aziz University in Jeddah, where he taught (in Arabic) Islamic studies and comparative religions until 2000.  During his years abroad, Dr. Abd-Allah had the privilege of studying with a number of traditional Islamic scholars.

Be the first to comment on "Dr. Umar Abd-Allah – The roots project interview on Trinidad’s IBN" 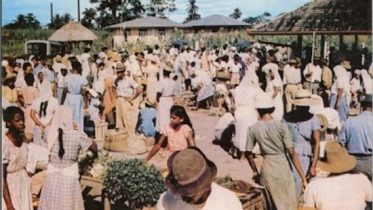 Speech given at the Trinidad and Tobago Fifty Plus Club on Sunday 29th May 2011, the Birkdale Community Centre, Ellesmere at Brimley, Toronto. I got…