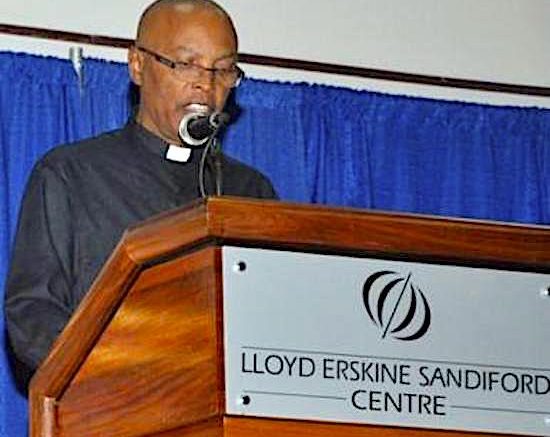 An understanding informed by their religious beliefs and practices

At the recent Religious Summit organized by the Ministry of Family, Culture, Sports and Youth in Barbados,  Monsignor Vincent Blackett of the Roman Catholic Church and Chairman of the Barbados Christian Council, speaking on the topic of “Religion and Superstition” disclosed the fact that the coming of the slaves to Barbados meant the coming of Islam to its shores.

Monsignor Blackett stated: “With the advent of the Transatlantic Slave Trade Barbados would see the arrival of several expressions of African religious beliefs and practices including Islam.”

The Monsignor emphasized the importance of understanding the religious practices of the early inhabitants of Barbados, including the Amerindians. Setting aside the topic of Superstition, the Catholic priest focused primarily on the religious practices of the African slaves and dismissed the claims taught by several European historians that “that all the religious symbols that crossed the Atlantic with the arrival of African slaves are evil or of the devil”. Monsignor Blackett argued that Africans did have a worldview and an understanding informed by their religious beliefs and practices.  The Europeans who said otherwise were wrong. “This year marks the 520th anniversary of the arrival of Christopher Columbus into this part of the world. This event would change the course of history and perhaps the area that was most affective as a result of Columbus’ excursion into this area was Religion… The earlier settlers who came from Britain brought with them the Christian Religion as expressed in Anglicanism, Roman Catholicism and various shades of Puritanism, the Quaker’s expression being very strong in the early days.”

Monsignor Blackett went on to make the point that European historians were at a lost to African beliefs: “What the Africans were doing in their back yards was not considered Religion it was devil worship or Magic. No serious attempt was made to understand the way Africans understood the world. Even when the Christians thought it was alright to introduce Christianity to the Africans, they did so with the belief that they were entering virgin religious soils no consideration was given to the world view that guided the Africans”.

On the point of Islam among the slaves he reasoned that: “With the advent of people from the Subcontinent of Asia we have seen the arrival of Hinduism and Islam. We know very little about our brothers and sisters from Asia or the religions that accompanied them. Islam except that most of us associate Islam with what we are getting as a result of the Middle Eastern crisis and many of us believe that Islam came to Barbados with the Asians but this noble religion was here from very early on coming from Africa. Islam might have a far greater effect on the lives of some of the slaves than we may care to admit…”

Monsignor Blackett pointed out that Richard Dunn in his Sugar and Slavery tells us that – “The English disliked the racket they made with trumpets and African hollow-log drums and banned the drums for another reason, because they could be used to signal island-wide revolts. So the slaves made music with calabash gourds fitted out with twine or horse hair strings. The dancers tied rattles to their legs and wrists and cow tails to their rumps, while the on lookers clapped hands and chanted ‘Alla, Alla.'”

The Religious Summit, the first of its kind in Barbados, was organized by the Ministry of Family, Culture, Sports and Youth under the theme: “THE ROLE AND RESPONSIBILITY OF RELIGION IN BARBADOS; AN EXAMINATION OF THE ISSUES CONFRONTING US AS A NATION”

Be the first to comment on "BAJAN RC Monsignor Blackett: Enslaved Africans had an enlightened worldview" 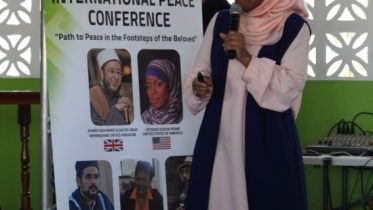 Georgetown, Guyana April 5, 2019. Staff Writer Guyana’s political woes did little to hamper a large turnout for the opening session of an international peace…