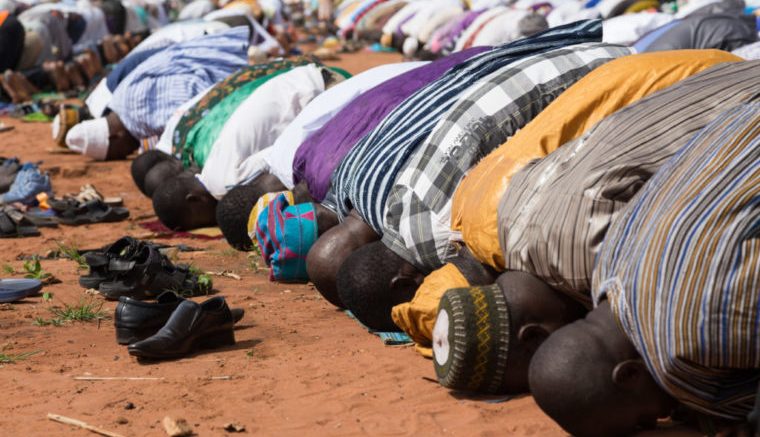 “Among the enslaved people living on Codrington in the 1740s were a woman and a girl named Fatimore (also spelled Fattemoor). Fatima has been noted as an “incontestably Muslim name” that appeared among American slaves.”

An overlooked part of the enslaved history in this part of the world is the Muslim presence among the persons forcibly brought over from Africa by the European enslavers.

I do not hide my interest in this history because I am a Muslim and also because my maternal ancestry has African lineage.

It is an important story that must be told among the many other narratives of the enslavement period that are now coming to light. Adding this to the discourse during this month of Black and African History helps us better understand our identity and establish who we are and where we came from.

It also debunks the long-held view that Muslims are 20th-century immigrants whilst the reality for well over three centuries, African Muslims were a familiar presence.

They had grown up in Senegal, Mali, Guinea, Sierra Leone, Ghana, Benin and Nigeria, where Islam was known since the 8th century and spread in the early 1000s. Tens of thousands of enslaved Africans were Muslims among the millions forcible taken to the Americas.

A recently published article on the Al Jazeera Network explores this Muslim presence in detail for the United States. It provides extensive insight into how some of the Muslim enslaved attempted to keep up their faith requirements and practices. 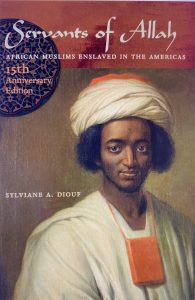 These attempts, which, in some cases, were visible to slave owners, have been uncovered in writings from that period. The author of this article Dr Sylviane A Diouf, is an award-winning historian, author of Servants of Allah: African Muslims Enslaved in the Americas and a Visiting Scholar at the Center for the Study of Slavery and Justice at Brown University. She writes about enslaved African Muslims in America: “Though they were a minority among the enslaved population, Muslims were acknowledged like no other community.

Slaveholders, travellers, journalists, scholars, diplomats, writers, priests and missionaries wrote about them. Founder of Georgia James Oglethorpe, Presidents Thomas Jefferson and John Quincy Adams, Secretary of State Henry Clay, author of the US national anthem Francis Scott Key, and portraitist of the Founding Fathers Charles W Peale was acquainted with some of them.

“Part of the Muslims’ conspicuousness was due to their continued observance, whenever possible, of the most noticeable tenets of their religion. Prayer, the second pillar of Islam, was one of these visible manifestations of faith noted by enslaved and enslavers alike.”

In his 1837 autobiography, Charles Ball, who escaped slavery, related in great detail the story of a man who prayed aloud five times a day in a language others did not understand. He added, I knew several, who must have been, from what I have since learned, Mohamedans; though at that time, I had never learned of the religion of Mohamed.”

Charles Spalding Willy grandfather enslaved Bilali from Guinea on Sapelo Island, Georgia. Willy observed that Three times each day, he faced the East and called upon Allah.” He witnessed other “devout Mussulmans, who prayed to Allah morning, noon and evening.”

Apart from prayer, Dr Diouf writes about their dress, diet (staying away from pork and alcohol), and fasting in the Islamic month of Ramadan. She makes references to African Muslim presence in parts of the Caribbean for some of these practices.

“It is hard to imagine how people in dismal poverty could give alms, the third pillar of Islam, but still, charity proved to be the most widespread and resilient of all the Muslims’ religious practices.”

“In the Sea Islands, the women left their mark on this tradition. In the 1930s, their descendants recalled with fondness the rice cakes their mothers gave to children. There was a word for it: Saraka, followed after the sharing byAmeen, Ameen, Ameen”.

Rice cakes are the charity still offered by West African Muslim women on Fridays. The cake is not called saraka, but the act of giving is a sadaqa, a freewill offering, and that word is uttered as the women give it. Reflecting the Muslims’ influence, non-Muslims all over the Caribbean to this day offer saraka, unaware of its Islamic origin.” For dress, an important observation was made: “…some Muslims in Trinidad, Brazil, and Cuba were described as wearing “flowing robes”, skullcaps and wide pants”.

“By short-circuiting the coarse, demeaning slave clothes, the Muslims who could do so were reclaiming a bit of ownership of their own bodies while stating their fidelity to their religion.”

Language and their literate skills, especially their ability to read, write and recite in Arabic, are perhaps the most crucial reference points to the enslaved attachment to their faith of Islam.

It removes without any shadow of a doubt that the Europeans enslaved not barbaric, illiterate heathens instead, they captured and sold into bondage men, women and children of knowledge, learning, civilisation and ability.

Dr Diouf explains: “Besides being visible, Muslims generated much curiosity because of their literacy, an Islamic requirement because believers need to read the Quran.” This literacy was acquired in schools and, for the most educated, in local or foreign institutions of higher learning.

Today, manuscripts from Brazil and Panama to the Bahamas, Trinidad and Haiti still exist. Written by anonymous Muslims and a few known ones, they cover Quranic chapters, prayers, talismans, invocations, and admonitions for the Muslims to remain faithful to Islam. Several are linked to the 1835 Muslim uprising in Bahia.

“In about 1823 Muhammad Kaba Saghanughu, who had been captured in 1777 on his way to Timbuktu and deported to Jamaica, wrote a 50-page document in Arabic.”

Addressed to the “community of Muslim men and women,” it is an instructional manual on praying, marriage and ablutions. It contains commentaries and references to classic Islamic texts.”

For the Caribbean, I have come across extensive research regarding the enslaved African Muslim presence in Trinidad, Jamaica and Guyana. 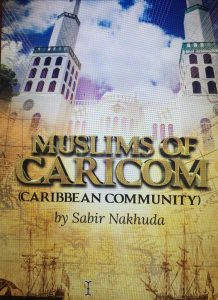 Sabir Nakhuda’s book “Muslims of CARICOM” launched in January 2020, gives some insight into that presence in most of the CARICOM member countries.

He also uncovered some evidence with regards to Barbados. Two particular accounts he writes about is one at the Mount Tabor Plantation in St. John in 1826, where a Moravian missionary writes about an encounter with an enslaved.

“On September 18th, Brother John Adamson, a negro, came to speak with Brother Taylor and in the course of the conversation discovered that Adamson was the son of a tribal King in Africa and that he spoke Arabic fluently.”

The second account, which is the quotation at the beginning of this article, speaks to the presence of African enslaved on the Codrington Plantation. It is taken from the book “Mastering Christianity: Missionary Anglicanism and Slavery in the Atlantic World” by Travis Glasson.

I believe these accounts merely scratches the surface as to the presence of enslaved African Muslims among the thousands of enslaved forcibly brought to this island. It is a study worth continuing.

A version of this article was first published in Barbados Today under the headline #BTColumn – Enslaved Muslims in the Caribbean  on February 24th, 2021. 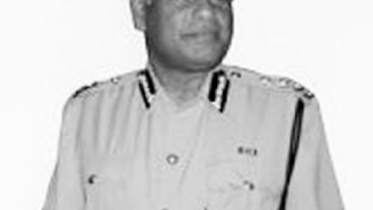 June 4th 2013: Discipline, tolerance and production. The very watchwords of Trinidad and Tobago are the virtues by which former Police Commissioner Noor Kenny Mohammed…