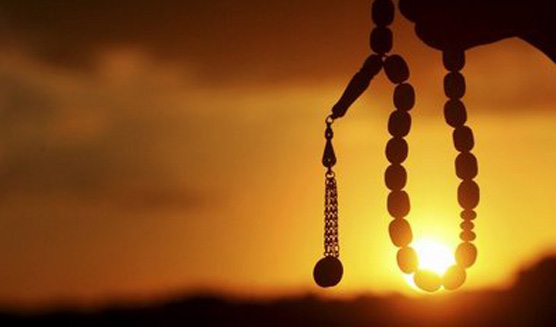 “Tradition” in academic circles has come to signify old fashioned customs, archaic cultural practices, ossified ideas handed down from the past and articulated to the letter by naïve, simple minded neo-Luddites. In popular discourse, to be traditional is to adamantly cling in the past. Those espousing traditional values are often lumped into the same category as the tree-huggers and angry protesters hurling insults at the towers of free-trade, liberalization and globalization and in the process braving the batons and pepper-spray of heavily armed policemen.

From this perspective, tradition is not only diametrically opposed to modernity; it represents a distinct historical period from which modernity saved the world by liberating itself from the shackles of tradition. Thus, anyone who consciously clings to the profound and perennial “Truths” or “Virtues” if you wish, embodied in all sacred traditions, is regarded as “backward looking,” anti-progress or worst, hopeless romantics.

In “Arguing Sainthood: Modernity, Psychoanalysis and Islam,” Katherine Pratt Ewing eloquently explains and historically illustrates that what has come to be regarded as “traditional” was never static nor monolithic, but was instead varied and constantly evolving over time. The accusation of rigidity was hurled at tradition, she argues, by the architects of colonization in order to establish the colonizer’s hegemony over the colonized. Ultimately, in order for the colonizer to succeed in his colonization, the modern had to be cast as superior to the existing order. And thus the only reason why civilizations of old were destroyed, the argument goes, was because they failed to develop, progress, and to change. In other words, leave the old and dilapidated and get with the new program.

Unfortunately, many Muslims today have swallowed the false discursive assumption that tradition is something static. Therefore, in order to move forward, they have to tear themselves away from the past and embrace the modern, and by extension, the post-modern, with all its technological gadgetry, and its shifting house of virtues and ethics.

The consequence of this charge has produced some rather abnormal collective behavioral traits among us. We find in the murky water of contemporary Muslim reality those who feel the need to label themselves: modernists, progressives, reformists, fundamentalists; and even when there is absolutely no need for other categories, they nevertheless continue to pile up.

At this particular juncture, when young Muslims in the west are feeling a burning desire to understand and perhaps also experience something of the intellectual, spiritual, ethical and virtuous ambiance of earlier generations, it is important to clarify what we mean by the term “traditional.”

According to Shaykh Hamza Yusuf, executive director of Zaytuna Institute in Hayward, CA, traditional Islam is the “plumb line”, the trunk of the Islamic tree, if you prefer, whose roots are firmly buried in the soil of Prophethood.

Over time, tributaries sprout from the “plumb line” and eventually die out, but the line continues because ours is a tradition based on isnad – sound, authentic, reliable transmission of sacred knowledge.

Young Muslims in the West, I believe, are responding positively to the call of “tradition” because they are a tad fed up with the many tributaries that have fractured from the “plumb line.” They want to experience an Islam free of ideology, statist or otherwise, an Islam free of political affiliations, organizational goals, and market driven visions hatched in lofty towers by engineers and doctors.

Therefore, by “tradition” we mean the “Sunnah” of our Noble Prophet Muhammad, upon him be peace and blessings, in all its timeless,

living and sacred glory. The Sunnah here is the worldly manifestation of the divine revelation which has been codified and preserved in the sacred text of Al-Qur’an.

To follow this sacred tradition means to stake all claims, whatever they are, in the two sources of Truth: The Qur’an and the Sunnah. In our Ummah, no one, regardless of what category he puts himself in, will argue to the contrary. Some may choose to stress only the intellectual, cultural, social, or spiritual aspects of the Islamic tradition instead of treating the tradition as an integrated whole. Regardless of what is given priority, it must be based on the explicit “Truths” evident in the Qur’an and the Sunnah for it to be regarded as within the parameters of the Islamic tradition.

This tradition is the whole of Islam (al-din) and whenever an attempt is made to compartmentalize or divide it up into edible portions, for whatever reasons, that effort will never survive the test of time. Having said that, we should recognize that those who emphasize one aspect of the tradition may be doing it out of a need and not an attempt to split the tradition into parts.

In order for speak of a sacred tradition there must be a model that serves as its reference point. We therefore recognize that the community of our Beloved Prophet Muhammad, upon him be peace and blessings, was established with divine guidance as a model, and at no time in history will there ever be another community like it. Further, the Islamic sacred tradition has been from its inception a living tradition and rigorously documented as such.

In order for the tradition to remain valid it has to be transmitted in a way that will stand the test of time. A sacred tradition cannot survive without transmission and the key to transmission is isnad, or sound and verifiable links that stitches each generation of believers to the preceding one all the way back to the Blessed Messenger.

Shaykh Hamza Yusuf, has often said that “isnad” is the secret of this Ummah and a gift from Allah. Without “isnad” the entire tradition could very well collapse. The system of ijaza (teaching licenses) is intricately linked to isnad in that one takes his knowledge from noble men and women who took their knowledge from those who took their knowledge from those….all the way back to that model community and to the blessed Messenger himself, whose knowledge, without a shadow of doubt, came from the Lord of the Divine Throne through his messenger, the angel Gibril, upon him be peace.

There is a tested and established tradition aimed at preserving and transmitting sacred knowledge within the overall tradition of Islam. We recognize its validity and importance today especially when the “sacred” has been relegated to an inferior position in our modern educational system. Zaytuna Institute in California, and a host of other well-established organizations in the U.S.A., Canada and the UK, have dedicated themselves to preserving and re-establishing the traditional educational method of teaching the Islamic sacred sciences to the present generation of Muslims in the West.

The fact that the tradition must be transmitted to remain valid, necessarily entails that it cannot be static because time does not stand still and the world is certainly not one big snapshot. The established Truths of the Islamic tradition will always confront and must reconcile itself to new situations, events and circumstances.

A lot of the divisions and acrimony we find in our communities today is as a direct result over a problem in determining exactly what is an “authentic” tradition.

In “Rethinking tradition in modern Islamic thought” Daniel Brown points out: “…it is also evident that tradition is frequently appealed to as a way of defending against perceived innovation, as a way of preserving threatened values. Alternative uses of tradition are thus a major battleground; there is fierce competition to control the process by which the content of tradition is defined, and for modern Muslims, sunna has become the bitterest point of conflict. Thus, the modern problem of sunna arises out of conflict among Muslims over the definition and content of the authentic tradition, and over the method by which the tradition is to be defined.” (page 3)

The only way to effectively deal with the thorny issue of what constitutes an authentic application of our tradition is to recognize that the mujatahid Imams, and by extension the `ulama who follow in their methodological footprints, are the final arbiters. This applies to fiqh as well as to the other branches of the Islamic sacred sciences.

Differences of opinions and interpretations in our sacred tradition is not a sign of weakness in the tradition, but instead, they attest to its richness and complexity.

When we live according to the Sunnah today we are preserving our tradition and ensuring its continuity and validity in time by handing it down to the next generation in much the same way as it was given to us by the pervious. The point here is that we act upon the tradition, not impose our modern sensibilities upon it, in the hope that the divine barakah may trickle down on us.

Finally, we are aware that the Islamic tradition, handed down to us over the years, is our link to the historic Prophetic community. By living it we are confirming that the way of our noble Messenger is as valid today as it was when Allah The Almighty sent him as a Mercy to all of mankind 1400 years ago.

This is what we mean by “tradition” and so when reference is made to the work we do as being “traditional,” it is not an attempt to label, but to identify a focus that’s broad enough to include all Muslims.

Seyyed Hossein Nasr, in his “Traditional Islam in the Modern World” offers the following comprehensive definition of tradition and one that I think works well as a summary:

“Tradition is at once al-din in the vastest sense of the word, which embraces all aspects of religion and its ramifications, al-sunnah, or that which, based upon sacred models, has become tradition as this word is usually understood, and al-silsilah, or the chain which relates each period, episode or stage of life and thought in the traditional world to the Origin….Tradition, therefore, is like a tree, the roots of which are sunk through revelation in the Divine Nature and from which the trunk and branches have grown over the ages. At the heart of the tree of tradition resides religion, and its sap consists of that grace or barakah which, originating with the revelation, makes possible the continuity of the life of the tree. Tradition implies the sacred, the eternal, the immutable Truth; the perennial wisdom, as well as the continuous application of its immutable principles to various conditions of space and time.” (page 13).

(By Nazim Baksh. Nazim is a television journalist at the Canadian Broadcasting Corporation in Toronto, Canada. He has been involved in organizing Deen Intensives, Rihlas and other traditional programs). 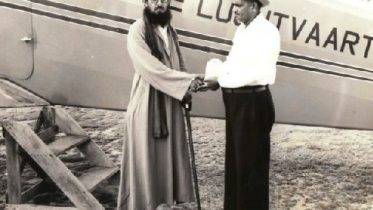 One of the persons who have had a lasting impact on Muslim praxis in the Caribbean especially Trinidad, Guyana and Suriname is Maulana Ansari. Here…