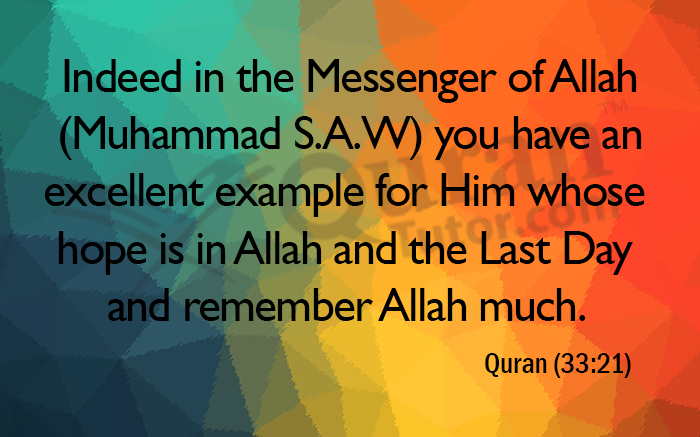 Celebrating The Birth Of Mercy

The Standard Bearers Of Muhammad ﷺ

Muhammad’s ﷺ code of conduct set the standard for those who claim to follow him ﷺ.   The standard bearers of Muhammad ﷺ need be patient, forgiving, clean and tidy, good to parents with particular emphasis on mothers, honest and trustworthy, fair and just in all that you do, good to spouse, gentle and loving to children, kind and caring to plants and animals; visit the sick, respect the elders, love your neighbours, do not waste food or water, speak good or remain silent, walk humbly, aid the poor and feed the hungry, take care of orphans and widows, love for others what you love for yourself, do not get angry etc.

Mahatma Gandhi: “I wanted to know the best of the life of one who holds today an undisputed sway over the hearts of mankind …. I became more than ever convinced that it was not the sword that won a place for Islam in those days in the scheme of life.  It was the rigid simplicity, the utter self-effacement of the Prophet the scrupulous regard for pledges, his intense devotion to his friends and followers, his intrepidity, his fearlessness, his absolute trust in God and in his own mission.  These and not the sword carried everything before them and surmounted every obstacle.”

George Bernard Shaw: “I have studied him – the wonderful man and in my opinion far from being an anti-Christ, he must be called the Savior of Humanity.”

Thomas Carlyle: “A man of truth and fidelity; true in what he did, in what he spoke and thought. They noted that he always meant something. A man rather taciturn in speech; silent when there was nothing to be said; but pertinent, wise, sincere, when he did speak; always throwing light on the matter. This is the only sort of speech worth speaking! Through life we find him to have been regarded as an altogether solid, brotherly, genuine man. A serious, sincere character; yet amiable, cordial, companionable, jocose even; —a good laugh in him withal….”

Prophet Muhammad’s ﷺ essence was the wellbeing of people.   “When the Prophet (ﷺ peace and blessings of Allah be upon him) arrived for the first time in Madinah, I went with everyone to see him. When I saw him, I knew his face was not that of a liar. The first words he said were, “O people, feed the hungry, spread peace, maintain your kin relationships, and pray at night while others are asleep. With this, you shall enter Heaven in peace.” (Al-Bukhari)

By his ﷺ example, Muhammad ﷺ embraced diversity and religious differences.  Qais ibn Sa’d reported: A funeral passed by the Messenger of Allah, ﷺ peace and blessings be upon him, and he stood up. It was said to him, “It is a Jew.” The Prophet ﷺ said, “Was he not a soul?” (Al-Bukhari)

God informs us that men and women are equal in this life and the afterlife with regard to the reward for their good deeds. He says: “Whoever works righteousness, man or woman, and has faith, verily, to him will We give a new life, a life that is good and pure, and We will bestow on such their reward according to the best of their actions” (Quran An-Nahl 16:97).

The Prophet ﷺ says: “There is nothing that you spend for God’s sake but you will be rewarded for it, even the food that you raise up to your wife’s mouth”.  He also promised those who have daughters of great reward from God. He says: “Whoever had daughters and was patient with raising them, the daughters would be a protection for him from the Hell fire”.

To counter the widespread exploitation of women, he ﷺ ordered men to honour and respect them. In one of his ﷺ last commands before his ﷺ death, he ﷺ kept repeating, “I command you to be kind and considerate to women.” In another, he ﷺ said, “It is only the generous in character who is good to women, and only the evil one who insults them.” He ﷺ also frowned upon fathers who insult their daughters and favour their sons over them, saying the birth of a girl is a “blessing”.

Known for treating them kindly and helping with house work, the Prophet ﷺ led by example in his ﷺ relationships with his wives, many of whom were working women.

Society’s wellbeing was paramount to Muhammad ﷺ who taught that all humans were entitled to the same rights and privileges.  “People are as equal as the teeth of a comb,” he ﷺ said, and he ﷺ practised what he ﷺ preached.

Muhammad ﷺ was a social activist of his ﷺ time. He ﷺ shook the underpinnings of the unjust society he lived in by bringing about social reforms: he ﷺ forbade exploitation of the vulnerable, protected the poor by establishing regular charity; and crippled an arrogant class and race-based system by upholding equality.

Welfare and social solidarity are the basis for the progress of a nation. The Islamic civilisation pioneered the implementation of social welfare by establishing institutions to provide support to individuals in all levels of society in a trust system known as waqf. There were institutions for the disabled, the blind, and those in need who would find shelter, food, and education.  Muhammad ﷺ said: “The best people are those who are most useful to others” (InspiredbyMuhammad.com)

In her book “The Discovery of Freedom: Man’s Struggle Against Authority” Rose Wilder Lane, a biographer and best-selling novelist, contended that there were three great attempts to establish free societies on earth. She gives the first credit to Prophet Abraham for his teachings were the “first attempt” as a revolution against paganism and authoritarianism and to Prophet Muhammad the second credit while reserving the third to the American Revolution.  Ms Lane wrote: “He agreed with Abraham. There is only one God, who does not control men. Each individual is self-controlling and responsible.  The pagan gods do not exist…. There is no superior kind of man; men are humanly equal….. There should be no priests.  Each individual must recognize his direct relation to God, his self-controlling, personal responsibility….  The knowledge that men are free swept across the known world….”

The antithesis of the Muhammad ﷺ doctrine can be found in

The list is not extensive and you are free to add to it.  As we enter the Rabi ul Awal, the month of the birth of the Prophet Muhammad ﷺ , Mercy to All Creation;  let us each commit to pursue individual and collective acts of kindness and compassion that would elevate us to being standard bearers of his ﷺ legacy.

First published in Trinidad Express Port-of-Spain January 7, 2000: Dr. Wahid Ali, a devout Muslim, was struck with a paralyzing disease four years ago. He…