Ancient America was not isolated from the old world as many historians would have us believe. Knowledge, agricultural products, livestock and other commercial items were exchanged between the two worlds, and Muslims were probably one of the most important contact people before Columbus’ voyage. Evidence leading to the presence of Muslims in the ancient Americas comes from a number of sculptures, oral traditions, eyewitness reports, artifacts, and inscriptions. In Meso-American art we see Africans and Semites in positions of power and prestige, especially in trading communities of Mexico.

A report in Before Columbus by Cyrus Gordon describes coins found in the southern Caribbean region: “…off the coast of Venezuela were discovered a hoard of Mediterranean coins with so many duplicates that it cannot well be a numismatist’s collection but rather a supply of cash. Nearly, all the coins are Roman, from the reign of Augustus to the 4th century AD. Two of the coins, however, are Arabic of the 8th century AD. It is the latter that give us the terminus a quo (i.e. time after which) of the collection as a whole (which cannot be earlier than the latest coins in the collection). Roman coins continued in use as currency into the medieval times. A Moorish ship, perhaps from Spain or North Africa seems to have crossed the Atlantic around 800 AD.”

These coins are solid confirmation of the historical reports recorded by Muslim historians and geographers concerning journeys of Muslim adventurers and navigators across the Atlantic Ocean. In Munuj adh-Dhahab, Al Mas’udi in the year 956 CE wrote about a young man of Cordoba named Khashkhash ibn Saeed ibn Aswad who crossed the Atlantic Ocean and returned in the year 889 CE, Mas’udi wrote: “Some people feel that this ocean is the source of all oceans and in it there have been many strange happenings. We have reported some of them in our book Akhbar az-Zaman. Adventurers have penetrated it on the risk of their lives, some returning safely, others perishing in the attempt. One such man was art inhabitant of Andalusia named Khashkhash. He was a young man of Cordoba who gathered a group of young men and went on a voyage on this ocean. After a long time he returned with a fabulous booty. Every Spaniard (Andalusian) knows his story.”

A narration by Abu Bakr b. ‘Umar al Qutiyya relates the story of Ibn Farukh who landed in Feb. 999 CE in Gando (Great Canary), visited King Guanariga and continued his journey westwards till he found islands he called Capraria and Pluitana. In May of that year he arrived back in Spain.

Al Sharif al Idrisi (1097-1155) the famous Arab geographer reported in his extensive work The Geography of Al Idrisi in the 12th century, on the journey of a group of North African seamen who reached the Americas. Al Idrisi wrote: “A group of seafarers sailed into the sea of Darkness and Fog (the Atlantic Ocean) from Lisbon in order to discover what was in it and to what extent were its limit. They were a party of eight and they took a boat which was loaded with supplies to last them for months. They sailed for eleven days till they reached turbulent waters with great waves and little light. They thought that they would perish so they turned their boat southward and traveled for twenty days. They finally reached an island that had people and cultivation but they were captured and chained for three days. On the fourth day a translator came speaking the Arabic language! He translated for the King and asked them about their mission. They informed him about themselves, then they were returned to their confinement. When the westerly wind began to blow, they were put in a canoe, blindfolded and brought to land after three days’ sailing. They were left on the shore with their hands tied behind their backs, when the next day came, another tribe appeared freeing them and informing them that between them and their lands war a journey of two months.”

This astonishing historical report not only clearly describes contact between Muslim seamen and the indigenous people of the Caribbean islands but it confirms the fact that the contact between the two worlds had been so involved that the native people could speak Arabic! 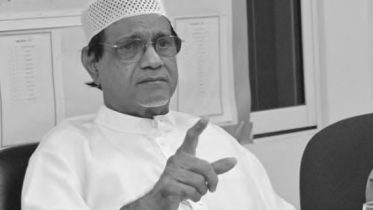