Dominica, a small island in the Caribbean’s Lesser Antilles (south east West Indies, not to be confused with the Dominican Republic) is home to some 70,000 people. It is inhabited primarily by people of West African descent and is home to one of the few remaining ‘Carib’ (indigenous) communities in the Caribbean. Dominica is a tall, rugged, windward island with a very traditional lifestyle. It is worlds away from the hustle and bustle of say, New York or London, however, they both have something in common: the growth of Islam.

On the island’s rugged east cost lies ‘the Carib Territory’, land owned only by people of Carib descent, a settlement between them and the English after years of war. This portion of the island is probably the most rugged of an island with little to no flat land. There are no cities, towns, large libraries and until recently, no internet. Yet, dotted high along the Atlantic coast, are small villages, one after another, the people of a unique look and a very shy and reserved manner. Amazingly, amongst them are Muslims, reverts (converts) to Islam and a small mosque (to the left) overlooking the Atlantic ocean, which was in part erected by one of the first ‘Carib’ Muslims who is now deceased. We were fortunate enough to meet with some of these remarkable people to hear their stories. I asked one of them (Archibald Fredrick), the caretaker of the mosque, how he came to learn about Islam in such a remote place.

“We were visited for da’wah (invitation/call to Islam) by some of the Muslims in Roseau, we came to learn about Islam through them, we have a few books and sought out the truth, some of the carib people were very receptive to Islam and its teachings. There are a few families who make up the Muslims here.”

To the island’s south is Roseau (the capital city, a small town by most country’s standards). Perched above a Muslim owned shop in Four Corners, a busy shopping area, is the Islamic Centre. A place were the local Muslim community gathers for the Friday sermon and prayer (jumu’ah) and the daily (five) prayers. We came across an energetic young man wearing a thobe (long white arab garment) and a shammagh (red and white scarf), his name is Daawood (Sheldon) Darroux, a revert to Islam and local Dominican. We asked Mr. Darroux, a high school teacher, what inclined him towards Islam:

“I used to see this place (Islamic Centre) and wonder about what goes on in there, one day I went in and I found a person who enlightened my about Islam (Ilyas Nassief), I learnt about Islamic values and was impressed by the monotheism and brotherhood/sisterhood of Islam”

Darroux walks around Roseau in his Islamic attire and is greeted kindly by the locals, he is one of their native sons but he is also a Muslim. The lack of apprehension towards Muslims from the locals is in part due to the strong efforts of Darroux, Nassief and others to educate Dominicans about Islam. Darroux hosts a weekly radio broadcast and webcast called ‘Islam in Focus’ where Islam is explained, along with the invitation for locals to call in and ask questions and discuss the reality of Islam. Ilyas Nassief who Daroux referred to as the one who explained Islam to him, is another remarkable story. Nassief has a Muslim sounding name, and this is no mistake. Nassief is of Arab heritage, Christian Arab heritage; he is from amongst the community of Arabs who settled in the Carribean over the last century. Despite their names and heritage, they fit right in with the local culture and vocabulary, many are 2nd and 3rd generation settlers in the region and are as carribean as the next person. Nassief studied many religions whilst studying in Florida and finally settled on the monotheistic message of Islam and has never looked back. He went on to study Islam in the middle east (where he currently resides) and has been a mentor to many of the local Muslims.

On the north-west of the island is Portsmouth, the second largest town on the island. Amongst the many fishing villages on Dominica’s Caribbean sea coast is al Ansaar Mosque, right on sea level, perhaps not even 200 metres from the sea. It was constructed with the help of Muslim students and their families who attend the local off-shore medical school (Ross University). Approx. 100 students of various backgrounds from America and Canada attend the school and have established a medium size mosque which hosts prayers, lectures and seminars. It is here that we found Ibrahim (Earl) Charles, a founding Muslim on the island. Ibrahim accepted Islam during the late 70’s and from the elders amongst the Muslims on the island. A vendor of halal food amidst the local eateries, he has seen many people come and go, and likewise, he has seen Islam grow on the island, without any large organised effort to propagate Islam.

So what is it that is turning everyone from corporate professionals to traditional farmers towards Islam?

Inside Al Ansaar Masjid, the largest on the island

Why are so many from every type of cultural and social background looking to ‘change their way of life’ and adopt Islam as their belief?

Allah, the all-Wise mentions in the final revelation:

O mankind! We have created you from a male and a female, and made you into nations and tribes, that you may know one another. Verily, the most honourable of you with Allah is that (believer) who has at-Taqwaa [Piety]). Verily, Allah is All-Knowing, All-Aware. (Qur’an, 49:13)

Be the first to comment on "Muslims in Dominica" 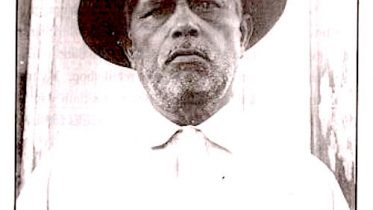 Goolam Hosein and Habib (Magran), two younger brothers lived with the family at Poole. Habib, the younger, moved out of his own at a young…