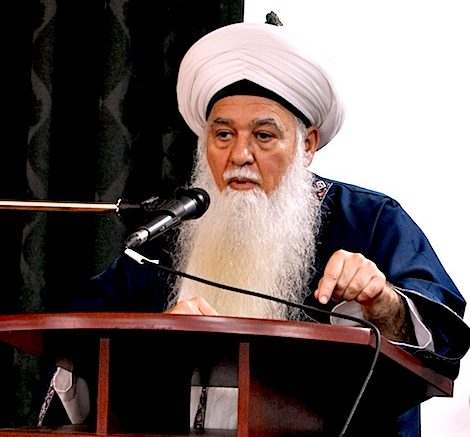 Representatives of several regional Muslim organizations have confirmed their attendance for programmes in Guyana featuring one of the world’s most renowned and respected Muslim scholars, His Eminence, Maulana Shaykh Dr. Hisham Kabbani, as the Muslim community of Guyana, through the Anna Catherina Islamic Complex and The Guyana United Sadr Islamic Anjuman will be associated with a series of programs in observance of the commencement of the Islamic New Year 1435AH.

The distinguished scholar will visit Guyana from Wednesday 27th November and will be associated with four programs here.

From Canada, Secretary of the International Muslim Organization (IMO) of Toronto, Canada, Ameer Ali, Board Member of Sunnatul Masjid of Ontario, Canada, Bro. Twiab Khan and award winning journalist, Toronto-based Guyanese Nazim Baksh, who has been responsible for the visit of this great scholar to Guyana, is also expected to attend the programmes and activities.

His Eminence, Maulana Hisham Kabbani will also unveil the plaque at ACIC to officially signal the opening of classes (which will start on December 14). The Guyana Branch of the Markaz will offer the Certificate Course with Lecturers from Trinidad & Tobago who will travel to Guyana to conduct the classes.

Also coming as part of Shaukh Hisham’s delegation is internationally acclaimed Nasheed singer, Ali Elsayed. For the very first time the people of Guyana will get the opportunity to meet Shaykh Hisham and listen to his words of love, wisdom and sincerity.

The main programme will be held on Friday at 18.30 hrs at the Anna Catherina Islamic Complex, West Coast Demerara. His Eminence will deliver the Friday Juma Sermon at the Queenstown Jama Masjid the same day. Other programmes are slated for Peter’s Hall Jama Masjid, East Bank Demerara, Mon Repos Masjid, both programmes commencing at 18:30 hours.

The delegation will be paying courtesy calls on several government functionaries, Opposition Leader and Members of the Diplomatic Corps.

Lebanese born Muslim Scholar, Shaykh Kabbani, has dedicated his life to calling people to increase their love of Prophet Muhammad (ﷺ). For over two decades he has worked tirelessly to validate expressions of love of Allah’s Messenger through mawlid celebrations and gathering of dhikr in the West and the East. He combines religious and scientific knowledge to convey the message of Islam to diverse groups of people in English, French, Arabic, and Turkish. His message has touched millions of the people all over the world and through his da`wah, by Allah’s grace, over 15,000 people have accepted Islam in the Americas and Europe. Maulana Kabbani advocates an understanding of Islam as fundamentally based on peace, tolerance, interreligious cooperation, respect and love. He has counseled and advised Muslim leaders around the world to build community resilience against violent extremism. In 2012 the Royal Islamic Strategic Studies Centre named him one of the top 500 most influential Muslims. His discourses, presentations and dialogues have earned him the enviable respect of Leaders and peoples of all faiths.

The Central Islamic organization of Guyana (CIOG) is fully supporting these programs, and will be providing free transportation to and from the programs. The buses will leave at 5.00PM and stop at masjids on its way to the program venues. For more information persons can contact the Regional Vice presidents of CIOG or the CIOG’s Secretariat or the ACIC.

ACIC has served as the hub for the International cooperation of Muslims in Guyana, with those overseas since early 2000’s and provides the programs and facilities to allow this cooperation. Sadr Anjuman is the oldest existing Islamic organization in Guyana, enacted by an Act of Parliament in the 1960’s. It was formed in the 1940’s and provided leadership to the Muslim community over many decades.

The leaders of these Muslim organizations of the various countries will also meet to discuss the expansion of their cooperation in other areas.

For the first time ever, the Main Program on Friday night will be carried live by NTN Radio 89.1 FM. The broadcast will commence at 6.30PM and persons across the world can tune in to http://www.ntntv-radio.com/. There will also be a live video stream of this program at www.sufi.com 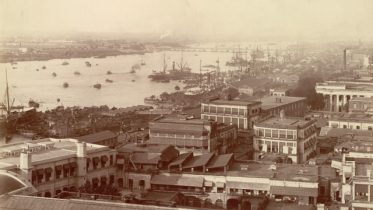 A memorial plaque in honour of Indian indentured labourers was unveiled on January 11, 2011 at Kidderpore Dock, Kolkata Port by Union Minister for Overseas…