Port-of-Spain: The National Library (NALIS) was the venue of the launch of “Deeper Roots: Muslims in the Americas and the Caribbean before Columbus to the Present” (revised edition) by its author Dr. Abdullah Hakim Quick.

Introducing the book Dr. Quick says “For most of the literate world today, the first contact that the Caribbean had with the outside world was on October 12 1492 CE when Christopher Columbus landed on the island of San Salvador. Today, very little mention is made of the presence of Muslims in the Caribbean until the 19th century with the coming of indentured labourers from India and then in the 20th century, with the arrival of traders from the Middle East.  The history of Islam and Muslim people in this region extends back over one thousand years, predating Columbus’ contact by six centuries.  In this new edition of “Deeper Roots”,  I’ve added a section on Islam and the African in America.  This short reflection will also help broaden the horizons of this neglected aspect of world history.”

The Black Caucus Movement hosted Dr. Quick in a two hour radio interview which generating calls from enthused listeners.  Dr. Quick also unveiled a plaque at Bath Street in Belmont, Port of Spain, in commemoration of Jonas (Yunus) Muhammad Bath – a freed slave who set up a Muslim community in that area.

Dr. Quick holds a Masters Degree and a Doctorate in African History from the University of Toronto in Canada.  His thesis was an analysis of the early life of Sheikh ‘Uthman Dan Fodio, a great West African Scholar, Mujahid, and social activist.  He was born in the United States of America and accepted Islam in Canada in 1970. He pursued his study of Islam at the Islamic University of Madinah in Saudi Arabia where he graduated and received an Ijaza from the College of Da’wah and Islamic Sciences in 1979, one of the first two students to do so from the West.

Be the first to comment on "Deeper Roots: Muslims in the Americas and the Caribbean before Columbus to the Present" 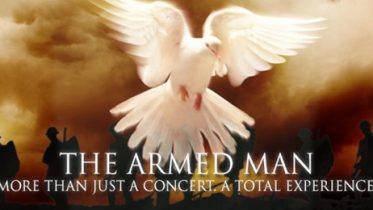 Allah, the Exalted, says: “Worship Allah and join none with Him (in worship); and do good to parents, kinsfolk, orphans, the poor, the neighbour who…