Western historians and commentators generally trace the beginnings of globalization to the second half of the 20th century. However, globalization is neither a very recent nor an absolutely unique phenomenon. The distinguished economist and Nobel Laureate Amartya Sen argues that globalization’s history spans several centuries and that the active agents of globalization have sometimes been located quite far from the West. He points out that around 1000 AD, some of the most important technological inventions and innovations such as the clock, magnetic compass, paper, printing, gunpowder and the wheelbarrow were invented by the Chinese and subsequently spread across the world, including Europe. 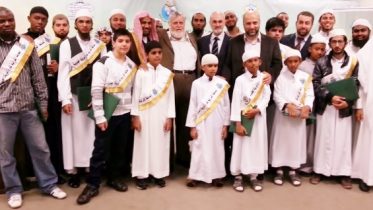 On the weekend of August 16th, the first of its kind regional Holy Quran Memorization Contest was held in Sao Paolo, Brazil. The World Assembly…