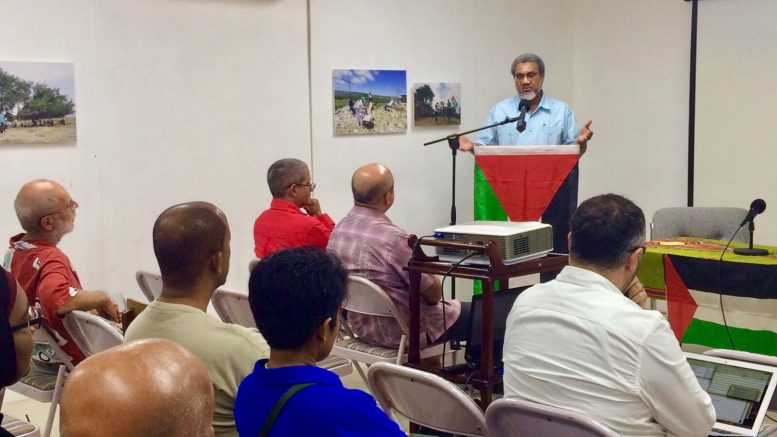 IT is the duty of the Caribbean to support the people of Palestine in their struggle to decolonise their land and to gain their independence.

This is according to Dr Daud Abdullah, a Grenadian living in the United Kingdom and Director of the Middle East Monitor, who raised the point as he spoke to The Barbados Advocate at the Venezuelan Cultural Institute, Coconut Walk, Hastings, Christ Church, on Tuesday evening, where he delivered a lecture to commemorate the Palestinian Film and Arts Festival.

The festival is being hosted by the Caribbean Against Apartheid in Palestine (CAAP) throughout the week.

“It is important to us because it is a colonial project and we in the Caribbean struggled for independence, we fought for it in Haiti in the most dramatic and bloody manner.

“Palestine represents the last outpost of colonialism anywhere in the world. All of the countries in Africa which attained Independence did get support from us in the Caribbean,” he said.

“Apart from the issue of decolonisation, the reality in Palestine today is one of apartheid,” Dr Daud added.

CAAP, in association with the P21 Gallery of London, United Kingdom and its Director Yahya Zaloom and the Middle East Monitor organised the week-long event from November 13 to November 18, at the Venezuelan Cultural Institute.

The event is in observation of the 100th Anniversary of the ‘Balfour Declaration’. The Balfour Declaration was a public statement issued by the British government during World War 1, announcing support for the establishment of a “national home for the Jewish people” in Palestine, at a time when the Jewish population was just nine per cent of its total inhabitants.

The declaration was contained in a letter dated November 2, 1917 from the United Kingdom’s Foreign Secretary Arthur Balfour to Lord Walter Rothschild, a leader of the British Jewish community.

The Palestinian Film and Arts Festival week included a launch on Monday November 13, the public lecture by Dr Daud on Tuesday November 14, and showing of films each night and art exhibition each evening from 6 p.m. until November 18.

CARICOM States Remain Largely Muted On The Attacks Against Palestinians 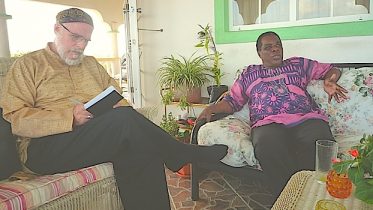 “Wherever sugar went, slavery followed it like a parasite.”  Dr. Umar Faruq Abd’Allah, scholar-in-residence at the Nawawi Foundation,Chicago, U.S.A. Between March 26 and April 7,…