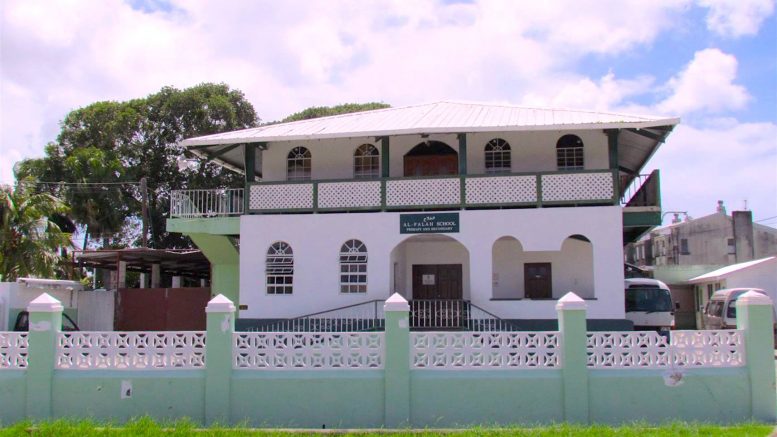 At a time when well worn values and morality appear to be falling into a morass of degenerating standards, the Muslim community in Barbados has sought to insulate its children in an educational institution that is bearing fruit.

Al-Falah, the school founded by concerned Muslim parents ten years ago, has been producing high achievers in the Common Entrance Examination. In an interview with the Weekend Nation, principal Ibrahim Bhana explained: “We needed a school for our community because we were not happy with the environment of the schools in Barbados, “I have six daughters and when it was time for my two eldest daughters  to go to school.ten years ago; I was teaching them at home, and the ministry approached me and asked me concerning their schooling. So I had requested the ministry to give me at least six months and if we don’t have a school for the community, then I will send them to some school. So that encouraged me . . . that we needed a school for the community.”

Thus began Al-Falah, originally in George Street, now located on Passage Road, with a roll of 200 and 15 teachers, 12 full-time and three part-time. Among them are Muslim women who volunteer and retired teachers from Government’s primary and secondary schools.

The father of six daughters and one son explained: “I went to Wesley Hall, I went to St Michael’s and I still think today our schools . . . our education system is very good. But the environment of the school itself is what is of concern for most of the parents. The violence, the drugs, these are things which are of concern for our community. It is not that we can say that we are immune from it. It is happening in our community too, but . . . we can control it in a smaller school, in a smaller environment.”

At Al-Falah there is a strict code of discipline, with behaviour, conduct, character and respect being the watchwords. What is considered misconduct? Disrespect shown to teachers, disregard for education itself – as Bhana remarks, “children will be children, but they have to know and respect elders, teachers, other staff, rules”.

Bhana believes the quality of family life that a Muslim child experiences is effective in shaping the child. He says: “You will find that most of our children come from a very good family background. That helps the children with their morals and their behaviour and we encourage it at school. Any teacher, Muslim or non-Muslim, we recommend to them that behaviour, conduct, character are the first things they have to concentrate on because that is the first step for education. If a child disrespects a teacher or is bad-behaved, you have to deal with it or bring it to the attention of the office and the parents. We can understand if a child does not do its homework one day, but we do not tolerate bad behaviour and misconduct at all.”

Al-Falah follows the regular curriculum set out by the Ministry of Education for Barbados’ schools, and students are instructed likewise. But there are differences in the way this school is organised. Boys and girls work together at primary and nursery stages, but as they reach the secondary stage, they are separated.

“We do not have integration of the males and females. In our community when we are socialising, if we have a wedding we will be separate, if there is a funeral, if there is a party. The same obtains at school.”

This thinking influences female students who gain places in some of Barbados’ top secondary schools to return to Al-Falah for their secondary education. And in support of this, Bhana said: “If a girl is mature and she is not in the habit of socialising with boys at home, in the community, then she finds it out of place when she may have to go into a school when she may have to sit in the company of boys. Morally she will understand that this is wrong too. But we give it to the parents and let them decide.”

The school is open to non-Muslims and there are some non-Muslim students. Vera Archer, a retired teacher with more than 30 years of service in the Government primary school system, finds the teaching job in a Muslim school “very challenging, a very pleasant experience with cooperative children and supportive parents”.

Most of the Al-Falah children go to the mosque in the evening and they get their religious education there. However, during this summer vacation as many as 70 may be found engaged in Islamic studies from 7 a.m. to 9:30 a.m., learning the Koran, how to pray, how to socialise, how to fast, and general Islamic values.

Questioned about the impact of Islamic violence in other parts of the world on these young minds, Bhana is quick to distance the local Muslim community and the children in particular from that experience.   “First of all, we try to make them understand that certain actions which go under the banner of Muslim and Islam are not part of Islam, like suicide bombings and terror. We try to tell them this is not right and make sure that they understand that we do not support these things and we are not focused on these things; that these are not part of our religion.”

“Somebody may use it in the name of religion, and that’s their problem, but we must understand it is not. We try to show them how we live here and how other communities in other parts of the world where there are Muslims living very happily.”

All girls at Al-Falah must wear the hijab (headdress worn by Muslim women), while a white topi (cap) is a must for the boys.  “That’s part of our religion that we have to cover our head; ladies have to cover their whole body. They are allowed to expose or leave their hands and faces open. But that is also optional for them. Some cover it, some do not. We do not force that on the child, but covering the hair is a must,” Bhana said.

A display board in the school’s hallway illustrates a number of careers, a subject which the principal discusses briefly with the Weekend Nation, pointing out that “a lot” of the upcoming generation of Muslims who were “born and bred in Barbados” no longer want to follow in the footsteps of “our forefathers”, plying the door to door sales trade. Instead many are opting for professions.

Words from the school song support this kind of thinking: “Here within these our walls you’ve equipped us with the tools that we need to survive . . . Al-Falah, our Al Falah . . . as now for the stars we aim . . . for we know that knowledge is the key to success.”

Be the first to comment on "Barbados Al-Falah Muslim School" 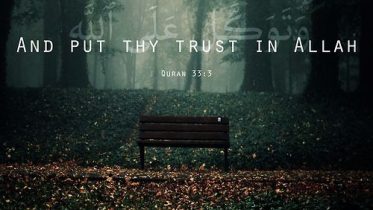 The end will be better than the present

There is a something in life we need to understand; Allah says in His Holy Words: ‘and verily the Hereafter will be better for thee…