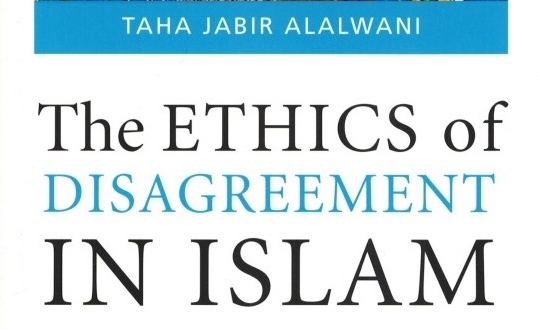 This work, being an exposition of the higher principles and purposes of the Shari’ah, is intended to address opposing Islamic political parties. The author analyzes instances of judicial disagreement between the early jurists, and clarifying that the disagreements or differences over the points of law and procedure between those jurists, never led them to lose sight of the higher purposes of the Shari’ah or their responsibilities

‘Although this book may more appropriately be titled The Ethics of Disagreement between the Classical Jurists, it nonetheless serves as a useful introduction to the subject of disagreement in general. It also lays down for contemporary Muslims many commendable example of forebearance and understanding on the part of some of the greatest personalities and scholars in Muslim history. In this lies the utility of this book. And it is the revival of this spirit that allows contemporary Muslims to look forward to the future with hope.’ Dr. Taha Jabir al `Alwani.

This is a brief description of two prominent modern-day Muslim scholars. One is an Egyptian trained at al-Azhar, while the other is Indo-Pak trained at Deoband. The Azhari scholar has a legal approach and legal opinions that categorically contradict those of his Deobandi counterpart. Compare them and witness how they end up speaking about each other. Some of you may find it shocking.

In legal approach, the Azhari holds that strict taqlid of one of the four schools is not necessary. He is open to engaging the Qur’an and sunna to derive and reformulate legal rules. He does not feel bound in his issuance of legal verdicts (fatwa) to the methodology of a single school. In fact, he is willing to go outside the opinions of the four schools altogether when he views it as required and/or when he determines another view as stronger. He is a proponent of minority fiqh, which many view as a distinctively new approach to Islamic law.

The Deobandi scholar, on the other hand, stresses as a basic rule adherence to one school on all issues. He tries to remain firmly within the bounds of his school and its methodology. If he leaves his school, it is generally only done when required and needed. He is not a proponent of anyone engaging the primary texts as if a mujtahid and nor does he agree with the model of minority fiqh.

In legal opinions, the differences really become clearer. Some of the views the Azhari scholar holds include:

His Deobandi counterpart – and many many others actually – disagree with all of these views and mostly in categorical terms i.e. they are not generally followable.

How does our Deobandi scholar react to such strange views? He pens an article giving his thoughts about this Azhari scholar when requested to do so by some people. Does it call him a deviant? No. Is it a scathing rebuttal? No. Does it warn people against this so-called mujtahid? No. Rather, he refers to him as an “erudite scholar” and someone with a “luminous personality… pure Islamic character and elevated humility.” He expresses how his meetings with him over the years increased him “in love for his personality, exaltation of his scholarly productions, esteem for his goodly activities, and amazement at his endeavors in reforming the affairs of the Islamic umma in numerous fields.”

He did not stop there. He continued by mentioning how this Azhari scholar’s contributions “bring something new that fills a palpable gap in our knowledge” remarking that “what is the benefit in writing on old topics in which the author does not bring anything new?” His works, says this Deobandi scholar, “enriched the Islamic literary legacy… and opens new horizons for thinkers.”

He then mentions that he does disagree with his Azhari counterpart on some matters adding that “these sorts of differences in views based on juristic judgement are natural, and cannot be the basis for judging.” He concludes by stating that it is not merely the works of his Azhari counterpart that has benefitted him but more so his accompanying him “in travels and in residence… closely associat[ing] with him in long and repeated meetings.”

And this Azhari scholar likewise has high regard for his Deobandi counterpart considering him an authority in fields of Islamic law, referring to him as “the venerable scholar… the faqih son of a faqih… who is capable of investigating and deriving rulings, possessing the ability to choose views and give juridical preferences…”

One cannot think of two scholars more divergent in their approach, views, and background. In fact, some of the positions the former holds are considered unfollowable by the latter and without basis. Yet, the respect, admiration, and friendship remain, one which stems from a recognition of what brotherhood and scholarship are.

A lesson for everyone. Today among so many students, any one aspect of the aforementioned approach and/or positions would have rendered such an individual a wholescale “deviant” requiring warnings and open refutations. But often times knowledge and the rights of brotherhood demand different.

Be the first to comment on "The Ethics of Disagreement" 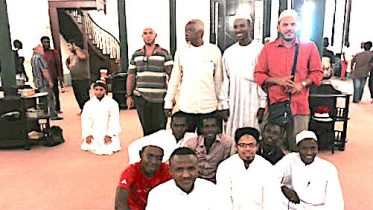 Havana: With no mosque in Cuba, a prayer hall has been opened for Muslims to fulfill their worship during the sacred month of Ramadan. The…