Shaykh Nurayn Muhammad Siddique passed away in a car accident in the Omdurman area of his native Sudan. Omdurman is the most populated city in Sudan and Khartoum State, lying on the western banks of the River Nile, opposite the capital, Khartoum.  Shaykh Nurayn is one of the most accomplished reciters of Quran.  He is very popular for his distinctive way of reciting in the Al Duri qira’at. He has a worldwide following whom he inspired. Shaykh Nurayn and his three hafiz companions met with a tragic fatal accident on their way back from a missionary trip in the city of Halfa, Northern Sudan. The funeral prayers of Shaykh Nurayn were offered on November 7, 2020, in Khartoum, Sudan.

Abu ‘Amr Hafs Ibn ‘Umar Ibn ‘Abd al-‘Aziz al-Baghdadi, better known as Al-Duri (150-246AH), was a significant figure in the transmission of the Qira’at, or methods of reciting the Qur’an. Of the seven canonical reciters, al-Duri was a transmitter for two entirely separate methods: that of Abu ‘Amr ibn al-‘Ala’ and that of Al-Kisa’i.

The family of Shaykh Nurayn invite our Ummah to support this fund in memory of his commitment to us during his life. This legacy fund can be supported on LaunchGood.

La ilaha illa Allah! Truly, to Him we belong and to Him we will return. Shaykh Nurayn is one of my all-time favourite reciters.

May Allah grant him and his students the highest of stations in Paradise and their families patience in this trying time they’re passing through. https://t.co/VidXrCAQ2O

Shaykh Noreen Muhammad Siddiq has sadly passed away after a fatal car accident in Sudan along with some other Huffadh. May Allah have mercy on them all and grant them Jannah, Ameen. pic.twitter.com/ZcJNnOflJw

Died today in a car accident near Omdurman

He was my favorite reciter. To me, he was the best as it came from the heart always

Im sure everyone who listens to Quran has at some point come across the mesmerising recitation by Shaikh Noreen Mohammad. Hearing reports he has passed away today due to a car crash in Sudan 💔. May Allah accept all the Quran recitation he has left behind as Sadaqa Jaariya pic.twitter.com/sP2vHgPXp8

My favourite Quran reciter Shaykh Noreen Mohammad from Sudan has passed away today in a car accident, im devasted and shocked

My Allah have mercy on Shaikh Noreen Muhammad Siddique who died in a car accident that happened in Sudan broken my heart shaikh Muhammad Noreen 😭😭😭😭😭😭😭❤❤❤❤❤❤ pic.twitter.com/815p1RvYB3 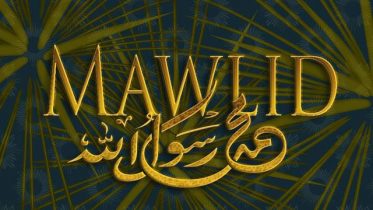 MAWLID: CELEBRATING THE BIRTH OF THE HOLY PROPHET ALLAH’S BLESSINGS AND PEACE UPON HIM Is there evidence for the celebration of Mawlid — the Prophet’s…