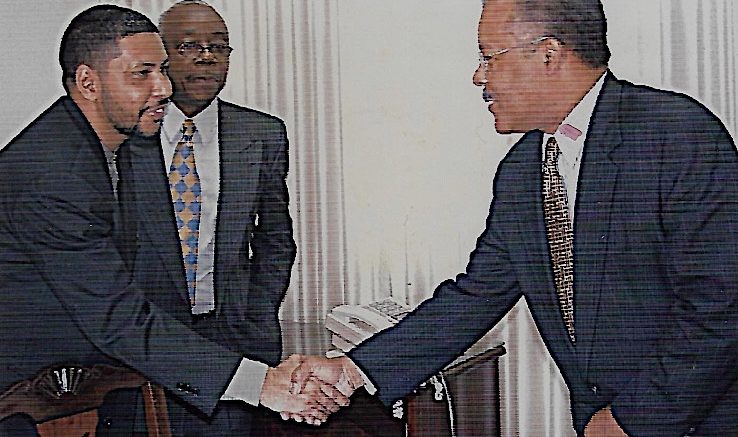 Barbados’ fifth and longest-serving Prime Minister passed away on July 27th, 2020. The late Professor, the Right Honourable Owen Seymour Arthur was Prime Minister of Barbados from 1994 to 2008.

He was a staunch advocate for regional integration and cooperation among the countries of the Caribbean. His life’s work and time in and out of office are perhaps best defined by his economic prowess, credited with bringing Barbados from the brink of financial collapse to an economically robust nation amongst the nations of the globe.

Belonging to a minority religious and ethnic group in Barbados frames my perspective. I experienced first-hand Mr Arthur’s determination to include all sectors, groups and people into the national discussion and development.

I first officially met Prime Minister Arthur in March 2003. It was the first time a delegation of Muslims of Barbados had an audience with our Prime Minister. We met in his office to discuss matters of concern and cooperation. As Secretary of the Barbados Muslim Association, I was responsible for arranging the meeting and the agenda. 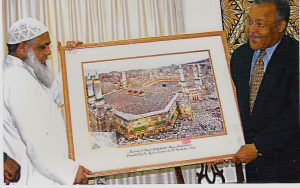 We took the opportunity to present to PM Arthur a framed photograph of millions of Muslims at prayer in Islam’s holiest mosque at Mecca in Saudi Arabia, as well a copy of the Holy Quran and some books on Islam.

The meeting came at a time when international events had cast an unfavourable spotlight on Islam and Muslims. Just one year and a half after 9/11 and the height of hostilities between the US and Iraq. Prime Minister Arthur willingly listened, demonstrated interest and engaged us in discussing our place as an integral part of in Barbadian society. He told the media that he regretted the Muslim community had not met with him before, and he assured them that the meeting would not be the last between us.

Prime Minister Arthur was true to his word. From that day onwards, he found ways to engage our community. Opportunities were given for persons to participate in national discussions, sit on Boards and have our concerns discussed to find solutions to Barbados’ numerous challenges. We were not the exception, as his view was that all groups regardless of numbers, race or religious identity should be part of the national discourse. That was part and parcel of his much-touted “politics of inclusion”. It is my opinion; this demonstrated a genuine attempt to bring to the table all who wanted to contribute to the development of Barbados.

One area that stands out for me is his insistence that national events such as the annual Independence Service of Thanksgiving be reflective of the religious diversity of Barbados. The size of the congregations didn’t matter to him. He wanted a service truly reflecting Barbados’s religious groups. And I knew he received a significant amount of push back by some of the larger religious groups. But Prime Minister Arthur stood his ground. He did not back down on this, and for several years I attended meetings to plan the multi-faith service and to participate in it during Independence celebrations. It was something that he was pleased about achieving for Barbados, and it was an example set for many Nations in our region and the world.

This inclusivity was also his recognition that religious groups had a role to play in the national conversations and advising Government. He set up in the PM Office’s the “Religious Advisory Committee for National Affairs” (RACNA). We met monthly at the Prime Minister’s Office on Bay Street under the leadership of the Bishop of Barbados. It was an opportunity for religious groups of all persuasions and denominations to meet together, discuss and offer advice to Government on a wide range of matters. My participation in these meetings led me to have bonds with a broad cross-section of religious groups and leaders on this island that lasts until today. People often see religious groups as being against each other. What we proved through the intervention and insistence of PM Arthur was that diverse religious identities could indeed work together for the betterment of all.

Prime Minister Arthur visited the mosque on a few occasions and interacted well with our community. He engaged us and spoke openly about what he wanted for Barbados and what he saw as a role for all Barbadians in his vision. I had the opportunity and honour to chair those sessions.

A person cannot be all things to all people. With every human being, there will be elements of goodness and elements that will not be acceptable. We reflect on the life of a human being who came from humble and poor beginnings to rise to the level of Prime Minister of Barbados. But not just a Prime Minister, one of the most successful Prime Ministers to date and one respected across the Caribbean and the world.

We will miss Prime Minister Arthur. His legacy and his story must be taught in schools so that future generations of Barbadians can build on it.

Our condolences to his family, his loved ones, those who loved him and fellow citizens.

Suleiman Bulbulia is Secretary of the Barbados Muslim Association. 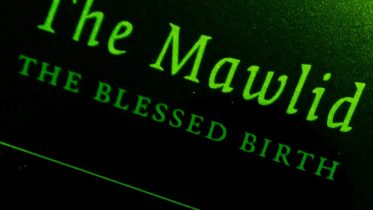 In this book, the great scholar he has shed light on the historical and legal status of the Meelad Shareef in his own characteristic scholarly…