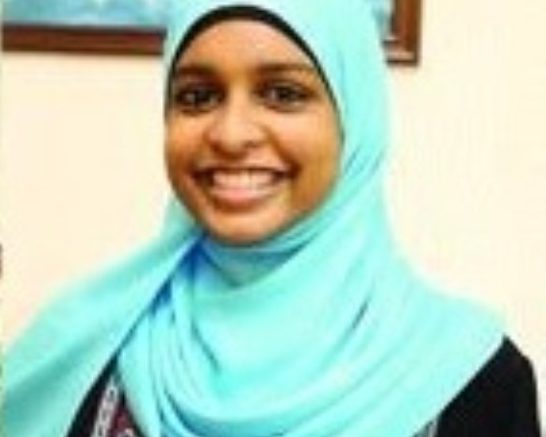 President’s Medal winner Nadimah Mohammed had her eyes set on winning an open scholarship. She prayed, studied and never lost sight of her dream.

In an interview with the Express yesterday, an elated Mohammed, the daughter of Express columnist Fazeer Mohammed, said she studied Literature so much that she had nightmares of the poets chasing her in her dreams.

Education Minister Esther Le Gendre announced at yesterday’s post Cabinet news conference that Mohammed, of St Augustine Girls’ High School (SAGHS) and Chantal Cave of St Joseph’s Convent, Port of Spain, had won open scholarships as well as the President’s Medal for their academic success at the 2009 CAPE examinations. A total of 65 open and 201 additional scholarships were awarded to deserving students.

Although Mohammed worked hard for this honour she was in disbelief yesterday: “I couldn’t believe it. I was in shock. I needed to have it confirmed. I started to hyperventilate and scream, I was all hysterical,” she said.

The Trinidad Guardian reports – The Holy Month of Ramadan has brought a special blessing for St Augustine Girls’ High School student Nadimah Mohammed. Mohammed, 18, is one of two students who copped the President’s Gold Medal in three subjects—chemistry, literatures in English and French.

In the Cape examinations, Mohammed got nine distinctions. Yesterday, celebration raged like wildfire at SAGHS, and the Mohammed clan in El Socorro. Accompanying Mohammed to her alma mater at Evan Street, Curepe, was her mother Lystra Mohammed, a former payroll clerk at Trinidad Publishing Co Ltd. The younger Mohammed said: “I am ecstatic. I am thankful to my family, teachers and parents and my father (sports commentator) Fazeer Mohammed. It has not sunken yet.” From all appearances, it was a routine day for Mohammed—attending school at UWI and preparing for mosque in the evening. She is pursing a BSc in psychology with a double minor in international relations and sociology. She worships at the Nur-e-Islam mosque in El Socorro. Mohammed said: “A friend called my mom and told my mom about it. Then we began listening to it on the radio. Then my principal Kathleen Anderson called and this is how I confirmed it.” But for a moment, reality hit. “My mom and my sister Amenah started to cry. My grandmother Rebeekah Mohammed started to cry. It was an emotional moment. We couldn’t believe the blessing that had come from Allah.” At SAGHS, everyone was waiting with open arms to congratulate her. The feat had not been repeated since student Karen De Freitas took gold in the science category in 1991. Mohammed said: “The principal called an assembly. She was running down the corridor. She was jumping for joy. My teachers are so happy for me. “They are happy it is the English and languages field. The sciences tend to get more prestige in different sectors of society. “My friends began calling my cellphone. ‘Is it true? Congratulations!’

Newsday: Mohammed’s goal is to work for the United Nations (UN). “I really want to work for the UN but I know that I had to be qualified so I am working towards it. I want to travel the world and work all over the world,” she said.

She remembers admiring past students when they won scholarships while she was in Form One. “I said to myself that I want to be one who would win a scholarship and I wanted so much to talk to the younger ones.”

Mohammed said she had her fair share of challenges at SAGHS.

Khan said the students have brought great honour to the school and stressed the staff worked to ensure their success. 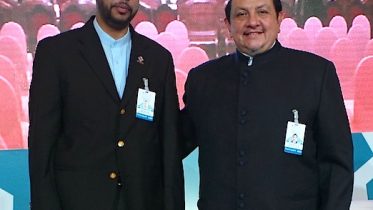 “We, the 300 participants from over 70 countries on six continents – Jews, Christians, Muslims among other religions – met at the Doha Ritz Carlton…