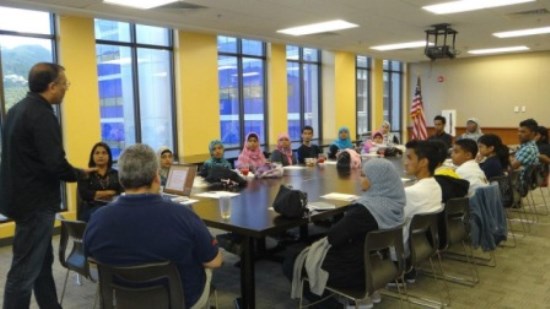 US Ambassador Beatrice W. Welters announced at the US Ambassador’s residence during the US Embassy’s annual Iftar (breaking of the fast dinner) on July 27, 2012 that Trinidad & Tobago was selected to launch a chapter of “Generation Change”, an organization for young Muslim Leaders. This became a reality on Saturday Nov 10th 2012 when Shahed Amanullah,Senior Advisor for Technology at the US Department of State who works on digital diplomacy projects for the Special Representative to Muslim Communities held a training session for close to 20 Trinidad Muslim youths. These youths were selected from the mainstream national Muslim representative organizations, the ASJA, TML and others.

“Generation Change” connects young Muslims in different parts of the world who are working to better their societies. The idea arose from Secretary of State Hillary Clinton’s commitment to reaching out to young people all over the world. The Secretary’s vision for Generation Change is to encourage young people to become their generation’s leaders given her belief in their potential to change and shape the world in a positive way. Ms Farah Pandit, the State Department’s Special Representative to Muslim Communities made the observation elsewhere that “many of these youths are using technology to move ideas forward. Their ability to amplify the power of traditional community organizing with new media will allow them to lift their voices beyond their own geographic or cultural boundaries, and their ripple effect will make waves. I hear from young people in America and young people around the world that these networks of change makers can be a launching pad for action.”

Ambassador Welters said at the Iftar that “there are already chapters in the United States and several other countries including Brazil. These chapters include film-makers, entrepreneurs and scholars.” The Ambassador concluded by stating that “We’re very excited about this new project and look forward to another year of warm relations and friendship and a dedication to peace and mutual understanding.” 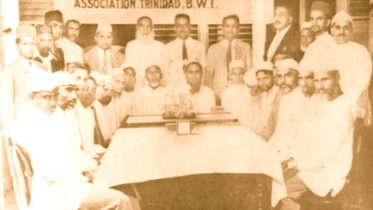