Nearly three million pilgrims have been performing the Islamic Pilgrimage in Mecca, the holiest city in Islam.

Amongst them, an estimated 400 Muslims from the Caribbean will fulfill their pilgrimage, also called Hajj, one of the main pillars in Islam.

Most of them have Indo-Caribbean background, but there are several Afro-Caribbean Muslims among them.

Trinidadian Wendell Allan, who now goes by the name Abdul Wali, meaning servant of Allah, is a Muslim convert.

He is making the pilgrimage for the first time.

“I am not a convert, but a revert, as everyone is born as a Muslim”, he says smiling.

Poor airline schedules have meant that some Muslims from Trinidad and Tobago have had to travel for three days to reach Mecca.

They paid for more than US$7,000 for tickets and accommodations.

Hajj veteran Saiffudin Mohammed is escorting a group of one hundred pilgrims.

Because of irregularities and fraud in the past, the Saudi Government only deals with accredited travel agents like him.

Mohammed has been taking part in the pilgrimmage for 16 years.

He leads his delegation with a big national flag, representing Trinidad and Tobago.

The flag is raised high as a visible assembling point to keep members of his group together.

But despite that, on two occasions Trinidadians did get lost in the crowd.

Among Muslims the saying goes, a Hajj without any difficulties is no pilgrimage.

Caribbean Muslims are looked upon in the Arab World as liberal, or maybe not so committed to rituals and Islamic law.

But they do earn respect in the way that, as a minority, they try to master in depth knowledge of Islam far away from the Muslim World.

And like others in Mecca, they observe their prayers, five times a day in the direction of the Kabaa, the cube shaped building, in whose direction all Muslims face when praying.

He is an imam and studied Islam in the UK at an Islamic university, set up by the Muslim community in Coventry.

Shabier was due to visit to the plains of Arafat on Sunday, to guide a group of 50 Muslims, the place where Prophet Mohammed is believed to have held his last sermon.

Here are some interesting facts:

According to local newspapers more than 10,000 medical doctors will be present to serve the pilgrims.

On the most important day of the Hajj, Sunday December 7, every smoker who wanted to stop smoking was due to get a goody bag containing a prayer mat.

For those who pledged to give up smoking, there’s also a gift card, reminding them of their commitment.

Be the first to comment on "From Trinidad to Mecca" 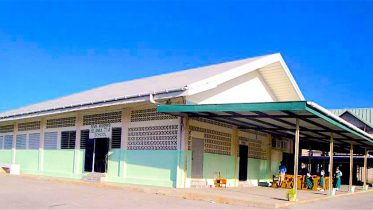 History will chronicle the unique pioneer work of the T.I.A.; its achievement in the Education field and its .. leadership among the non-Christian denominations in…