(From left) Secretary of the Jumma Masjid Mosque, Mohammad Rafik Nagdee and Aakil Bhula, Imam of the mosque.

Barbados TODAY, ran a series with members of the Barbados Muslim community to share their history, experiences and aspirations giving some insight into their Islamic religion and their love for the island. This is part 3 in the series.

Barbados TODAY continues its series on the Muslim community with their call for Barbadians not to fear them.

As militant attacks by the ISIS terrorist group continues to make headlines across the world, the Muslim community in Barbados is focused on spreading mercy, tolerance, love and brotherhood – all principles of the Islamic faith. That is why there is no need for non-Muslims in Barbados to fear members of the community rising up against the general population.

This is the message echoed by Imam Aakil Bhula, as he shared his opinions with Barbados TODAY about the terrorist group, showing how its negative activities differed from the true teachings of Islam, which Muslims here adhered to.

“I guess I have as much information of who ISIS is as you do – and as everyone else does. Basically, what we know is from the media, that ISIS is a breakaway faction of Al-Qaeda, who are even more radical than Al-Qaeda.

“It is like a person in an organization doing something the organization does not approve of, and then the organization comes out in the paper and says so; and so doesn’t have any links to [such person]. The same thing has happened here. Here is a group of people, and they are doing certain things that go against all that Islam explains.

“That is why I always say to check back to the source. Check back and see what Islam is, and if they are doing something that is contrary to Islam. Then you know that they are not representing Islam at all,” the imam affirmed.

Bhula is of the view that checking back with the sources means looking at the Islamic faith, its principles and teachings. What is Islam? Islam, with its word meaning being surrender or submission, is one of the world’s major religions with approximately 1.2 billion adherents, right behind Christianity that has 1.9 billion, and surpasses Judaism with its 14 million.

Like Christianity and Judaism, Islam teaches monotheism, which is the doctrine that there is only one God in all existence. The religion also teaches that Allah (God) is supreme, all-knowing, ever-present, different from all creations, is in complete control of all things, having created the universe, which continues to exist by His permission and will.

The Koran is the sacred book of Muslims and is broken up into 114 chapters called suras that cover a wide range of subjects, including ethics, history, law, theology and science. Muslims consider Muhammad to be the final prophet of God to the world.

“When I study The Koran, Islam actually means peace,” said Imam Bhula. “One of the names of God is Peace. And over and over again in The Koran it teaches the better person is the one who forgives. The Koran has been interpreted by the prophet, peace be upon him, practically, and his companions who would have continued and carried on the message.

“And when we look at their behaviour and how they conducted themselves –– whether they were with Muslims or those who are not Muslims –– there is this general pattern of love and peace and mercy,” the imam explained.

He continued: “In The Koran we are commanded that the prophet is the perfect example for you. Study the life of the prophet and you will see what true Islam is. And throughout his life you would see that no matter whom he was with, it could have been an old lady stopping him and wanting to speak to him, he stopped spoke to her, fulfilled her request and carried on.”

Bhula stressed that the objective of Muslims in Barbados was to live in peace and harmony, as they had done since coming to the island 104 years ago.

“It is not that a Muslim would want to take over Barbados. There is no need to fear that one day people are going to get up and say we want to take over or do something radical,” he said. “We go to school here; I went to public schools. We grew up with Muslim friends and non-Muslim friends, and we do the same things that everyone else does. It is not that we are here to do something else, or we are here to do something different,” he said.

What is different about Muslims would perhaps be their wear, because they dress as Muslims. You would see them going to the mosque, because that is their sacred place of worship where they pray five times a day. You would not see them in the rum shops drinking alcohol, or in a casino gambling, because those are forbidden actions in their religion.

“In Islamic land, both Muslims and non-Muslims are given rights; but we are here in this society where there are people of all different religions and we have to uphold that respect and that honour and love for each and every person. You are told be charitable to Muslims, non-Muslims, and even animals. It is significant in our religion that even animals have rights,” Imam Bhula said.

There are about 3,000 Muslims living in Barbados, and five mosques.

Be the first to comment on "BARBADOS MUSLIMS “DO NOT FEAR US”!" 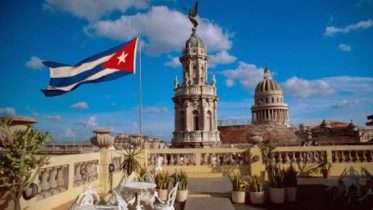 Published in Gulf Times here Cuba is to launch a series of campaigns to introduce its tourist locations to the Mideast, Cuba’s Ambassador to Qatar…