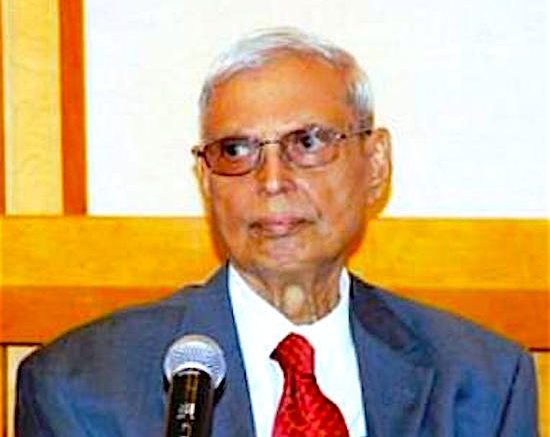 Tajmool Hosein qualified as a barrister in 1946 and developed considerable knowledge in the area of constitutional law. As a member of the Trinidad and Tobago delegation, he attended the Malborough House conference and contributed to the formulation of the 1962 Constitution of Trinidad and Tobago.

In 1961, he joined the Democratic Labour Party (DLP) and stood as a candidate for Chaguanas in the elections of the same year. He won the seat and served as Member of Parliament for Chaguanas from 1961 to 1966. Mr. Hosein was awarded Silk in 1964 and the Trinity Cross in 1982.

In its commemoration of the 50th anniversary of Trinidad and Tobago’s independence series the Trinidad Express highlighted the contribution of Mr Tajmool Hosein to this building the foundation of the nation task.

At the start of the conference, Capildeo, leader of the Opposition Democratic Labour Party (DLP), “ranted and raved over issues alleging that Indians were discriminated against and were advocating more equitable treatment,” recorded MP Lionel Seukeran, a member of the Opposition delegation that went to England to discuss Independence. He said, “Capildeo was advocating proportional representation with quotas similar to what obtained in Kenya and Cyprus. When he (Capildeo) was told that such a plan was an internal matter to be discussed in the local Parliament he persisted in his demands and had to be told ‘people were saying that you are a madman’.”

So adamant was Capildeo on certain issues that he was told by other members of the DLP delegation, “If you insist in going in this vein, we would have no alternative but to fly home the next day.”

Such was the prelude to the start of the Independence conference which began on May 28, 1962 at Marlborough House, London.

Seukeran said members of the Opposition laboured under severe disadvantages during the conference.

“Our greatest problem was our own leader, Rudranath Capildeo, who was incapacitated from an accident and was walking with the aid of crutches, spending a great deal of time in his suite at Piccadilly Hotel, where he was nursed by Stephen Maraj, a member of the DLP delegation,” he stated.

Seukeran, now deceased, recalled, “During the pre-conference meeting Capildeo was always moody and short-tempered, denying consultations and refusing to advise or be advised”

Seukeran said at the conference table Capildeo assumed an air of gloom designed to discourage any attempts at engaging him in conversion. “He sat with eyes closed and hands clasped”

Eventually it was Tajmool Hosein of the DLP who assumed the role of peacemaker and counsellor, and who brought about a rational understanding of what Independence meant.

In a recent interview with the Express, Hosein said, ” I did what was necessary to ensure that the conference was successful and that the people of Trinidad and Tobago would be the beneficiary of what arrangements we were about to embark upon.”Against such a background, Hosein said, “We sat from day to day examining every detail, every provision, and every loophole in the Constitution.”

Seukeran recalled, “The conference convened each day, intent on carrying out its mandate. The Secretary of State for the Colonies, Reginald Maudling, with his team of lawyers and advisers, the government of Trinidad and Tobago under the capable leadership of Ellis Clarke, and the Opposition with Tajmool Hosein QC outdoing himself in his astuteness.”

“I was proud of Hosein, a man of few words, but one of the greatest constitutional lawyer in the hemisphere. The British lawyers were astounded at his perspicacity and articulation.”

Hosein told the Express he had studied constitutional law after he graduated from Lincoln’s Inn, and it was this that helped him to play such a meaningful role at the conference.

Before the opening of the formal conference, the Opposition team appeared nervous. Members were not sure what stand Capildeo would take.

Seukeran recalled in his memoirs, “In order to ensure that the opening speech of Capildeo would reflect the wishes of the people of Trinidad and Tobago, Hosein and Peter Farquhar, another DLP delegate, spent the whole night preparing the speech for Capildeo. It was not given to him beforehand. As we assembled, we handed him the typed manuscript. Frowning, he read it through and at the end he was greeted with thunderous applause from those at the meeting.”

Seukeran said the government delegation had no objections to stipulations brought forward by the Opposition. “Williams showed himself appreciative of the positive contributions of the Opposition by consulting the Leader of the Opposition in meaningful ways in the spirit of the constitution we had forged.”

He said at the end of the conference Williams granted Capildeo two months’ leave with full pay and promised to keep him abreast on what took place in his absence.

The road to Independence in 1960 marked three historic events — constitutional change for Trinidad and Tobago, the affairs of the Federal Government and the Chaguaramas issue.

Businessmen in Trinidad had written to the Secretary of State for the Colonies submitting their own version of Independence. Dr Williams, at that point, was receiving overwhelming support from the masses, and it was clear that the business community had no such faith in him.

However, after two years of intense lobbying and agitation, Trinidad and Tobago became independent on August 31, 1962.  QUEENS Counsel Tajmool Hosein has died at the age of 92 on March 14th 2013.

Be the first to comment on "An unsung hero of Independence" 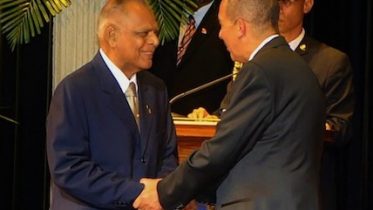