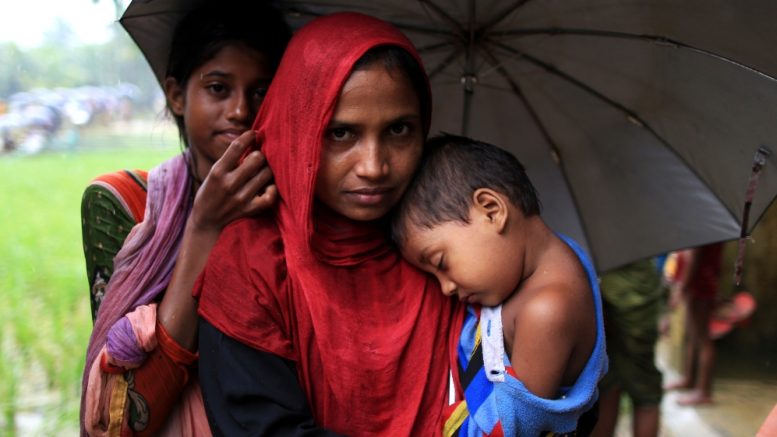 Since, August 25, 2017, an estimated 688,000 Rohingya have arrived in Bangladesh — amid widespread reports of military-backed mass rape, murder and the burning down of entire villages. The UN and the US have labeled the violence against the mainly Muslim Rohingya as “ethnic cleansing.”

Now, the refugees who escaped this persecution are being told to go back to a place where they say their lives are under threat, as part of an agreement made between the governments of Myanmar and Bangladesh two months ago.

Myanmar finally allowed the world’s media in to Rakhine state to show they are ready to bring back some of the hundreds of thousands of Rohingya Muslims who fled the country. The photos don’t look too promising.

The refugees are deeply skeptical, if not outright terrified, about returning to a place where they say their homes were burned, their wives, sisters and mothers raped, and their friends, relatives and neighbours killed. 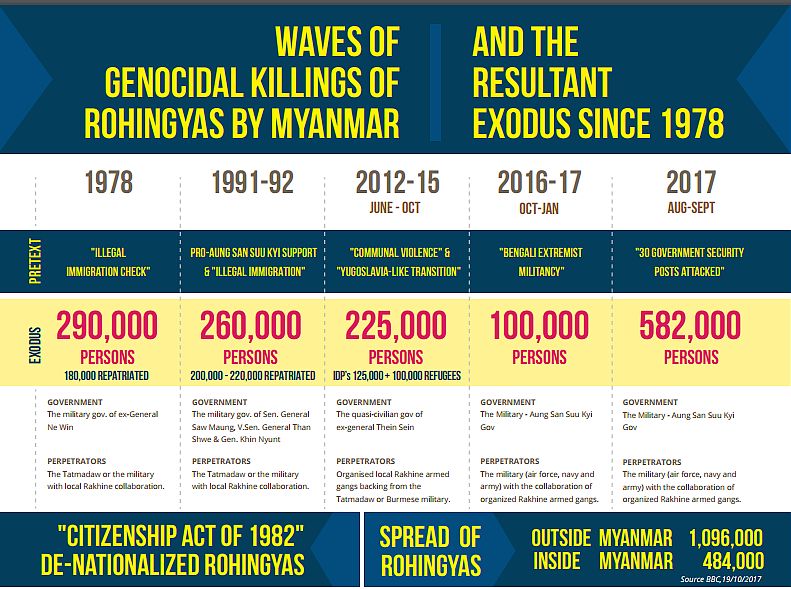 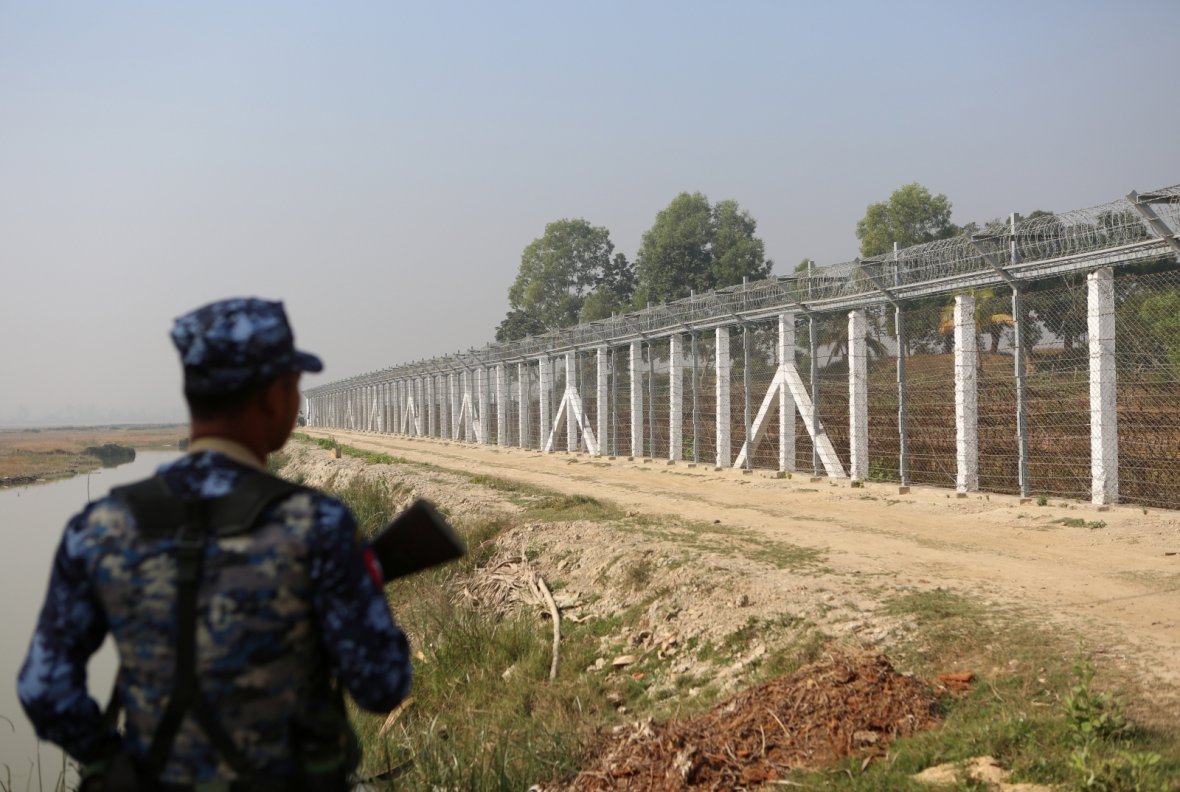 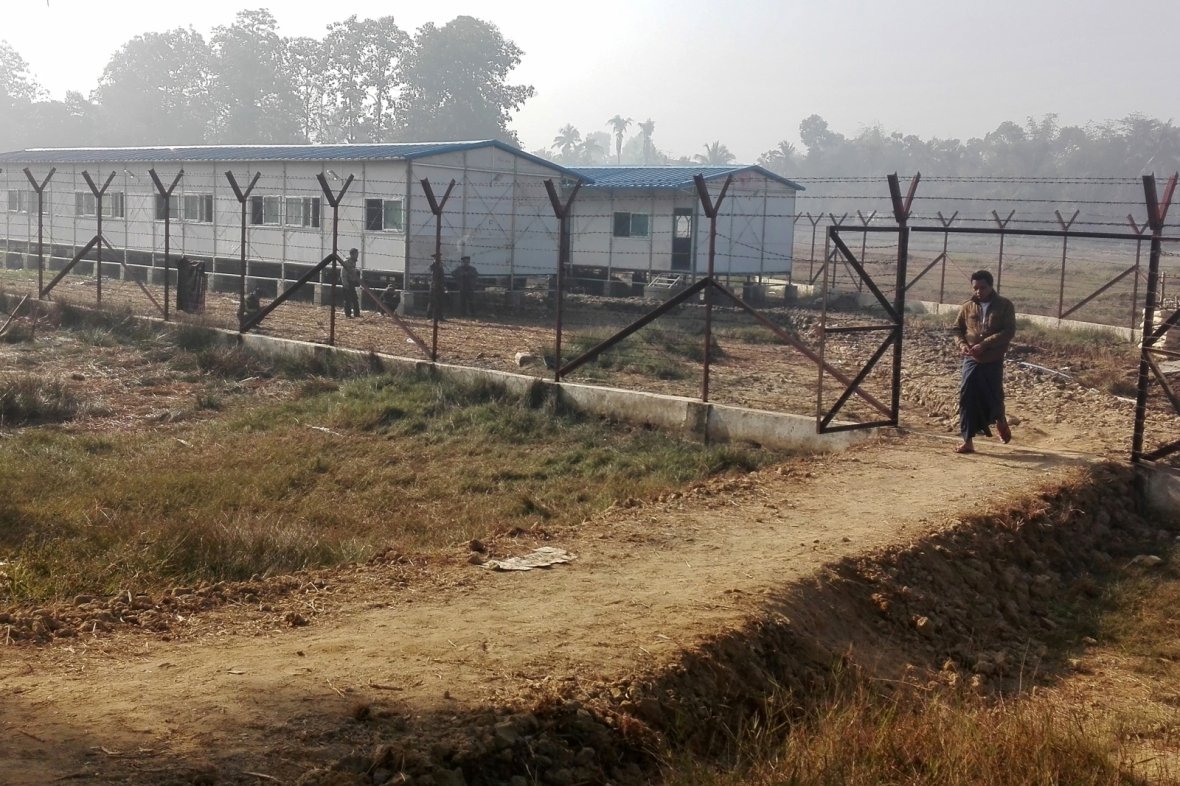 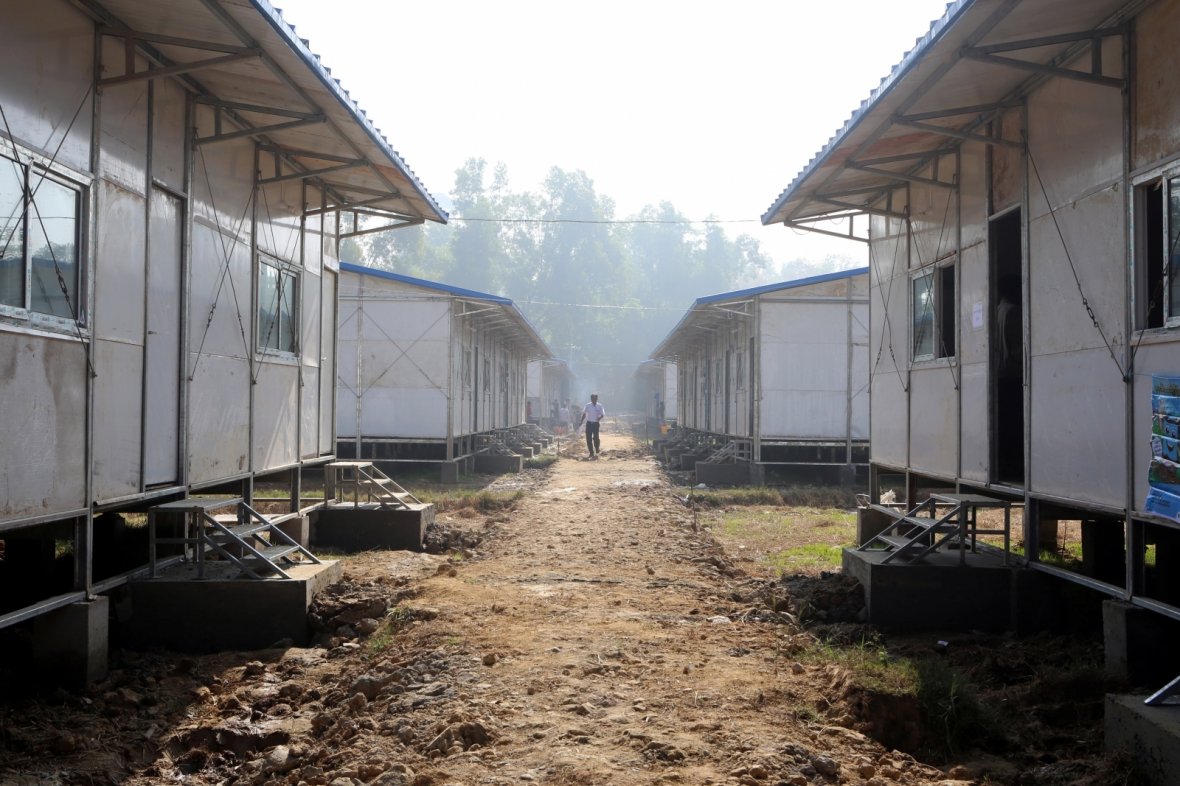 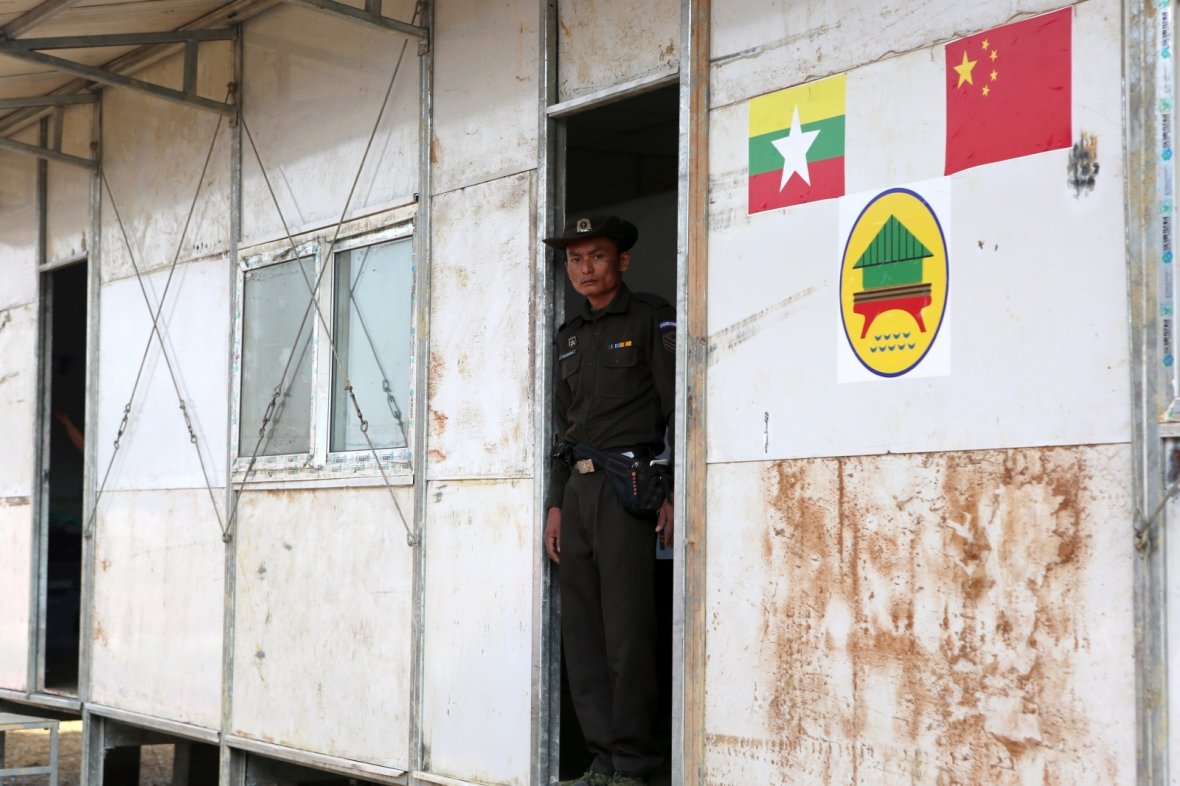 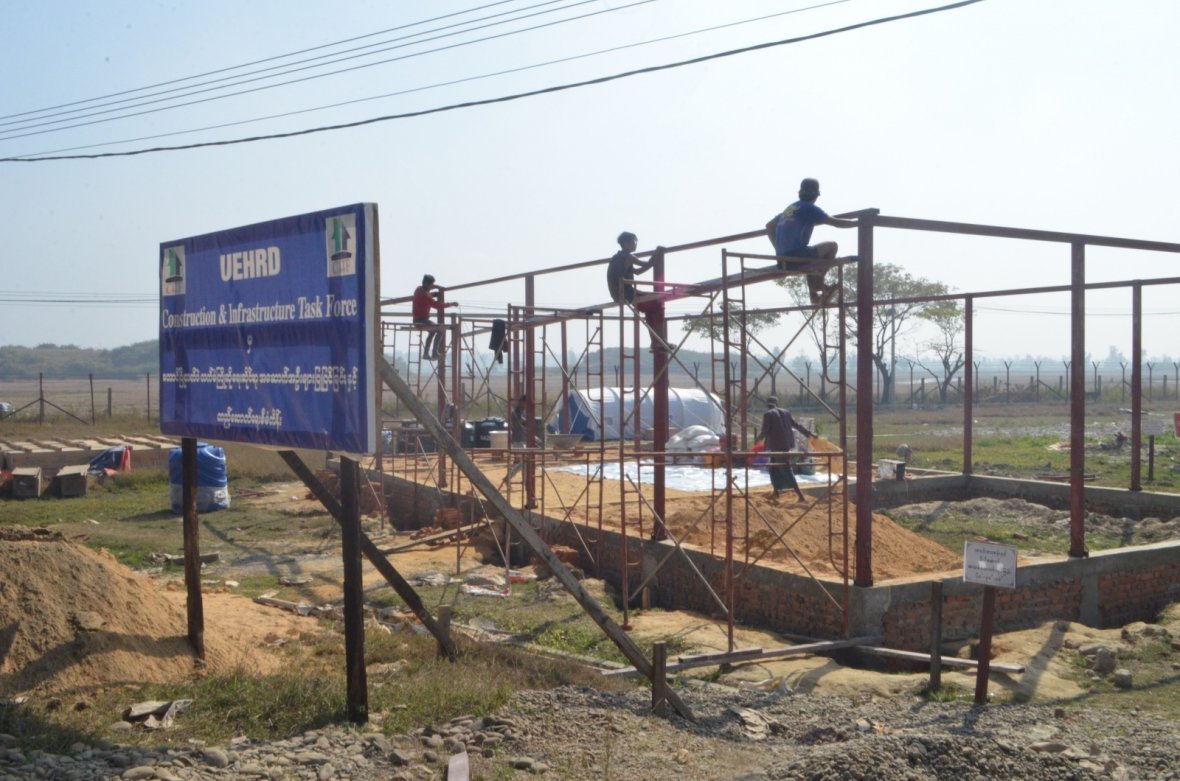 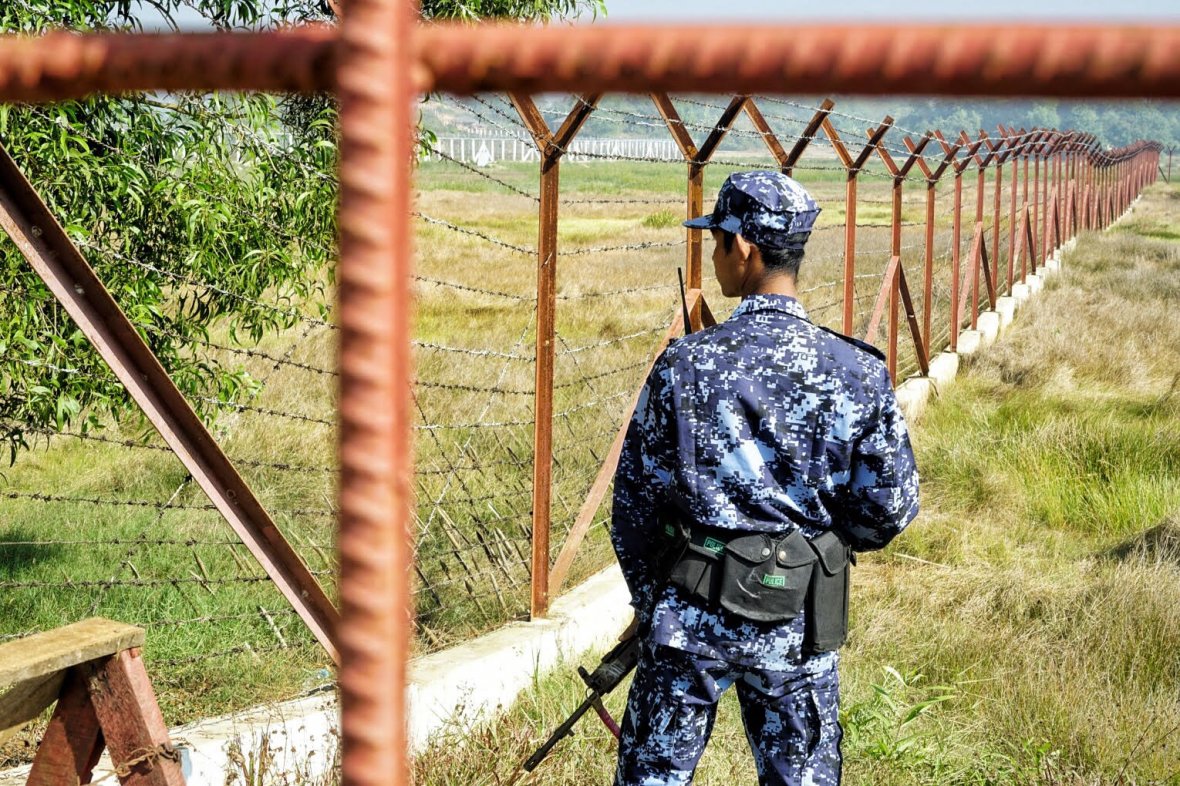 The United Nations and the United States have described the crackdown as “ethnic cleansing.” The UN human rights chief has also suggested that it may be genocide.

In the sprawling camps in Bangladesh, many Rohingya say they’ll only to return to Myanmar if there’s strong outside monitoring of their safety and living conditions. “How can we go back to Myanmar without anyone guaranteeing our security,” said Alam, a Rohingya in the Bulakhali refugee camp. “If we would be given homes in our villages that were burned, then we would go back.”

“Myanmar is just getting ready by itself, but we are not going unless there are promises made for us,” Ko Ko Lin, a member of Arakan Rohingya National Organisation, told the Associated Press.

Bangladesh and Myanmar agreed to a two-year repatriation process that was set to begin on Tuesday (23 January). But the day before the supposed repatriation was due to begin, officials in Bangladesh said a number of issues remained unresolved, in particular worries that refugees were being forced to return.

A total of more than one million Rohingya Muslims – refugees from several waves of migration – are living in refugee camps in Bangladesh, but international aid workers, local officials and the refugees themselves say preparations for repatriation are far from complete.

“Until the safety and wellbeing of any child returning to Myanmar can be guaranteed, talk of repatriation is premature,” Unicef Deputy Executive Director Justin Forsyth said in a statement. The UN Refugee Agency UNHCR said “there are continued restrictions on access for aid agencies, the media and other independent observers” in Myanmar.

The UNHCR called on Myanmar “to allow the necessary unhindered humanitarian access in Rakhine State and create conditions for a genuine and lasting solution”.

Caroline Gluck, UNHCR’s senior public information officer in Cox’s Bazar, told Reuters: “We would like to be part of the process and discussions to ensure the reparations are voluntary, safe and sustainable and that any returns are in line with international standards.”

Many in Myanmar see Rohingya as illegal migrants from Bangladesh, although many families have lived in Myanmar for generations. They have been denied citizenship, freedom of movement and other basic rights.  The Myanmar authorities have systematically destroyed the Rohingyas documentation proving their linkage to the state.

According to the UN refugee agency and other rights groups, Rohingya are still fleeing across the border into Bangladesh, although the numbers are smaller than in previous months.

Advosory Board “a cheerleading squad” for the government

Bill Richardson, the veteran US diplomat, has resigned from an international panel on the Rohingya crisis, calling it a “whitewash” and accusing the country’s leader Aung San Suu Kyi of lacking “moral leadership”.

“The main reason I am resigning is that this advisory board is a whitewash,” Richardson told Reuters in an interview, adding he did not want to be part of “a cheerleading squad for the government”.

Richardson said he got into an argument with Suu Kyi during a meeting on Monday with other members of the board, when he brought up the case of two Reuters reporters who are on trial accused of breaching the country’s secrets act.

He said Suu Kyi’s response was “furious”, saying the case of the reporters “was not part of the work of the advisory board”. The argument continued at a dinner later that evening, the former New Mexico governor said.

The advisory board was set up by Myanmar last year, to advise on enacting the findings of an earlier commission headed by former UN secretary-general Kofi Annan.

The armed forces have been accused by Rohingya witnesses and human rights activists of carrying out killings, rapes and arson in a campaign senior officials in the UN and US have described as ethnic cleansing. Myanmar rejects that label and has denied nearly all the allegations.

Richardson said he was also “taken aback by the vigour with which the media, the UN, human rights groups and in general the international community were disparaged” during the last three days of meetings the board held with Myanmar officials.

“She’s not getting good advice from her team,” Richardson said of Suu Kyi, whom he said he has known since the 1980s. “I like her enormously and respect her. But she has not shown moral leadership on the Rakhine issue and the allegations made, and I regret that.” Be the first to comment on "‘We will not go’: Rohingya fear repatriation to Myanmar" 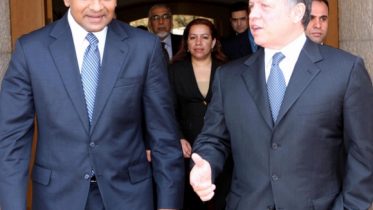